Better Call Saul premiered its sixth and final season on April 18th and so far looks on track to be the most in-demand season of the Breaking Bad prequel yet. Currently, demand for the series the day after its premiere is nearly 60 times the demand of the average show. This puts it comfortably ahead of the previous season which still had an outstanding premiere with demand significantly higher than seasons 2-4. 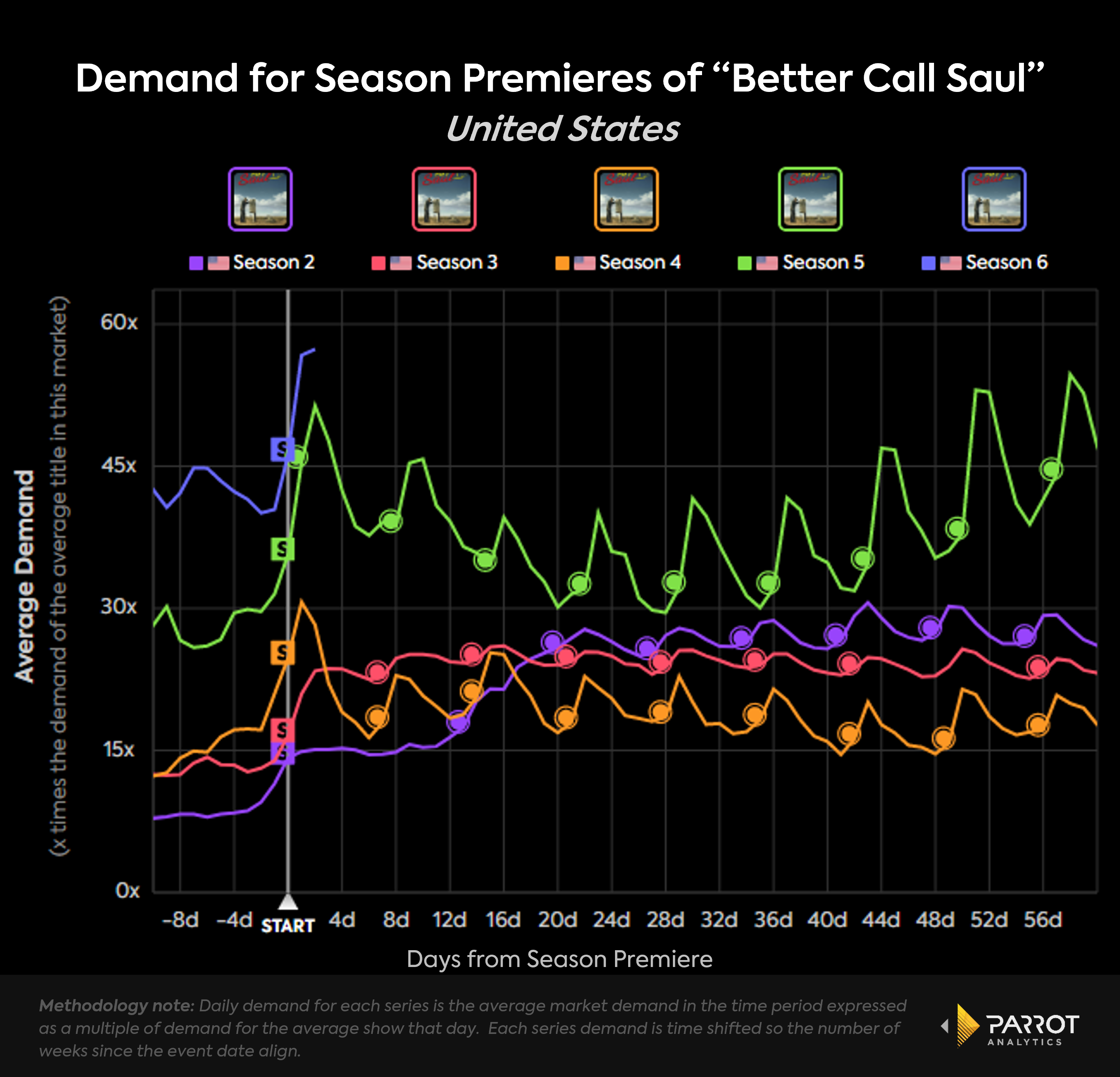 One reason for the show’s stellar demand as it kicks off its final season is the fact that its timeline is intersecting with Breaking Bad, the hit show that launched this prequel. If we look at demand for these two series over the past three years we can see how different events have driven the ebbs and flows of audience attention for both shows.

At the end of 2019, Breaking Bad saw a huge spike in demand in the weeks leading up to the premiere of the movie El Camino as audiences caught up on the series ahead of its film sequel. Demand for Better Call Saul was relatively unchanged by the movie premiere. However, it saw an even larger spike in demand a few months later when its fifth season premiered.

While the above two events mainly drove demand for one show or the other, the latest season of Better Call Saul has caused demand for both shows to spike in tandem. Bringing the timelines of these shows together finally and adding more characters from the original series has helped to drive a resurgence of interest in Breaking Bad. This has an important takeaway for franchises in general - the more interconnected pieces of content are in a franchise, the more they benefit from interest in other parts of their universe. 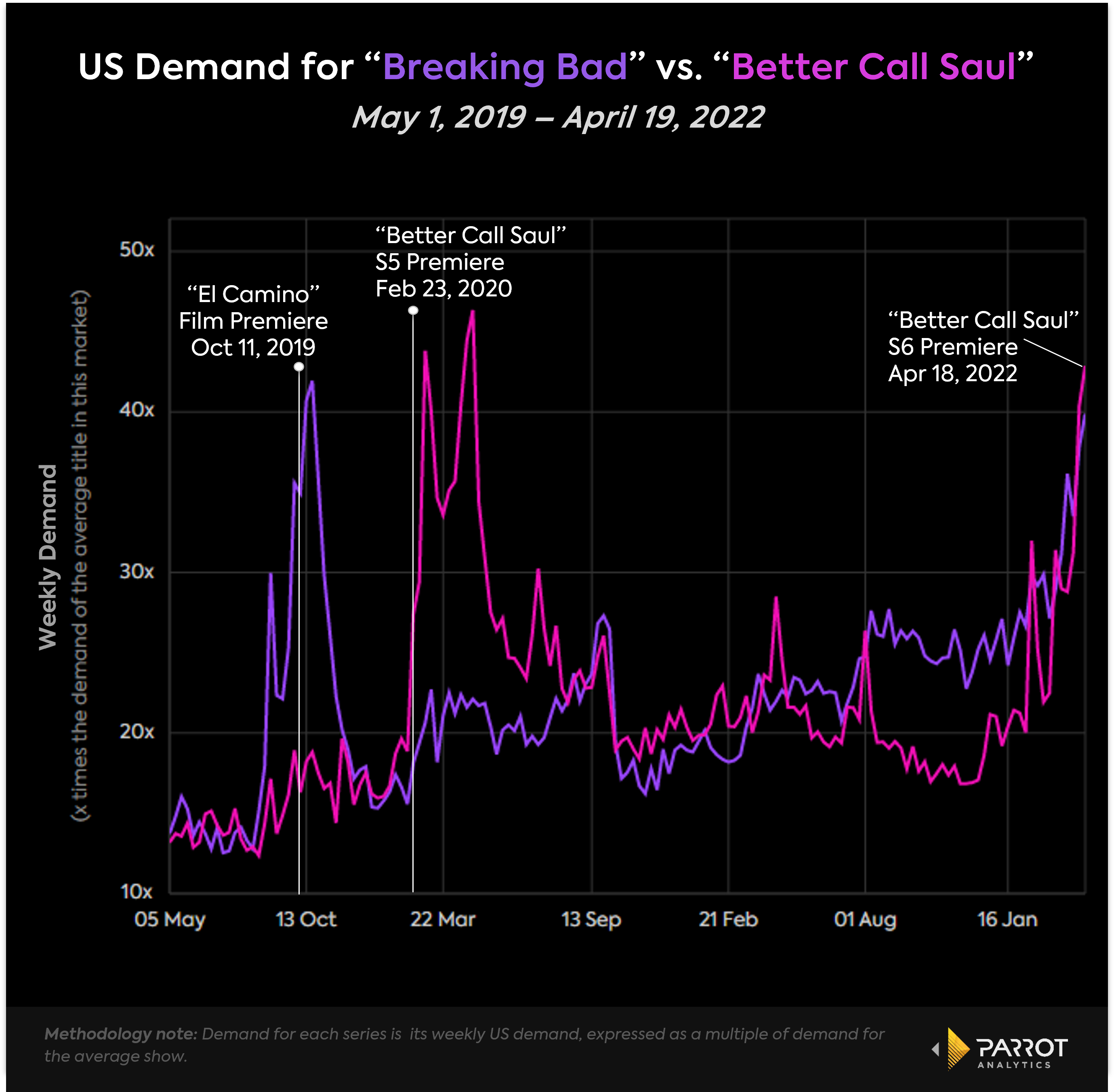 Of course, a major piece of Better Call Saul’s appeal to fans is the star of the show himself, Bob Odenkirk. Odenkirk’s character, Saul Goodman, was a fan favorite in Breaking Bad and the idea of developing this character more fully eventually led to the prequel which explores his backstory. As his character is so central to the show, it makes sense that the talent demand for Bob Odenkirk has tracked closely with demand for the show as it grew in the leadup to the latest season. Currently, demand for Bob Odenkirk is nearly 30 times the demand of the average talent in the US. 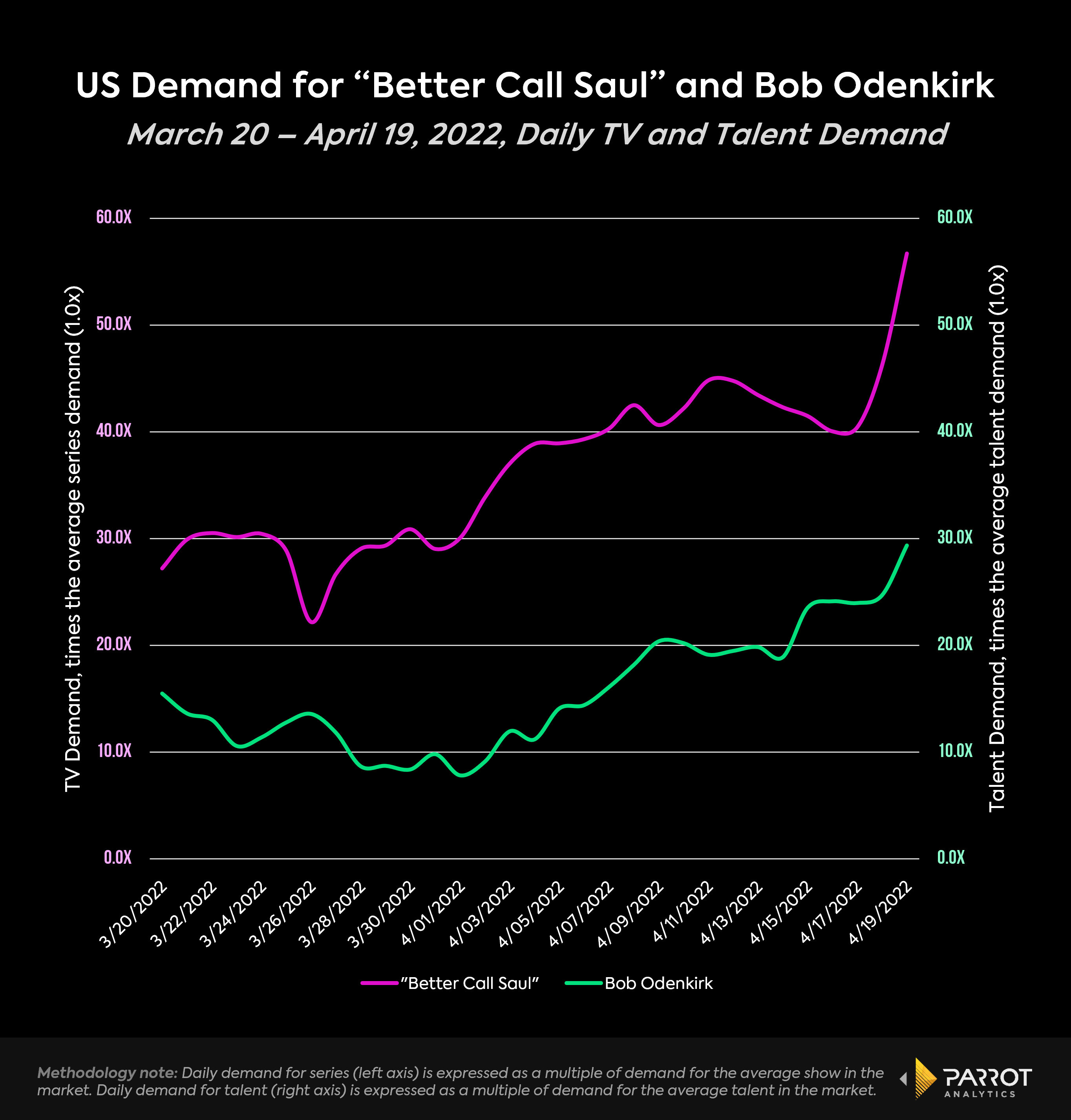 The recent success of Breaking Bad and Better Call Saul has put AMC in an enviable position. Three of the ten most in-demand shows in the US currently are from AMC. The Walking Dead ranked as the seventh most in demand show as of April 19th. This zombie apocalypse series is another example of a deftly managed franchise with numerous planned, current, and concluded spinoffs. If AMC continues to build out franchises like these it should be able to continue to squeeze the most value from its source material. 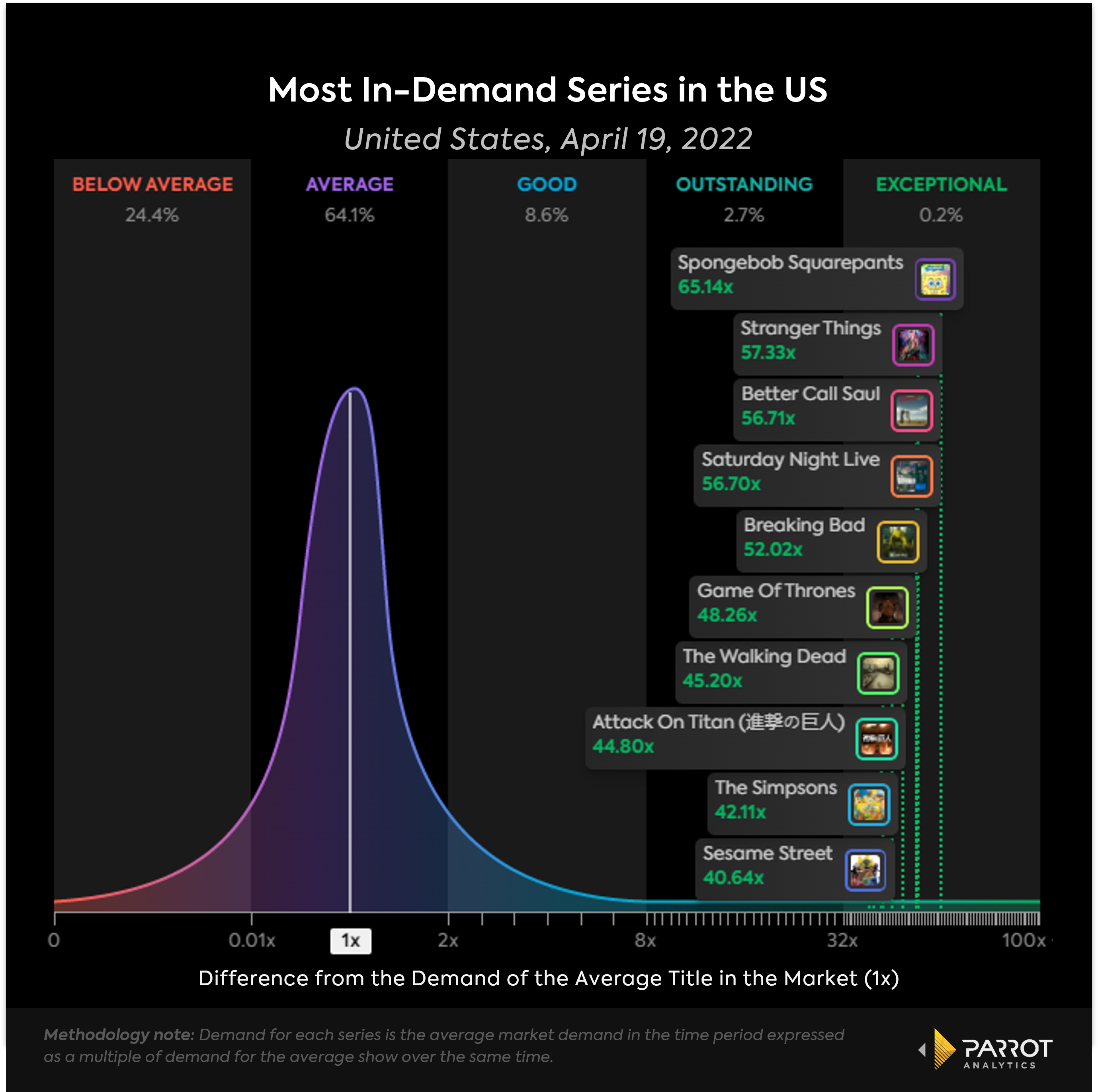