Most in-demand talk shows March 2022: Stephen Colbert is the king of Late Night

Talk shows occupy a unique position in the content landscape, combining elements of comedy, news, celebrity guests, and musical acts - seemingly something for everyone.  However, this genre has struggled to find its footing in the new streaming era.  Long gone are the days of Leno and Letterman serving up their take on current events to millions of Americans each night.  Today’s world looks much more fragmented with a number of talk shows competing for audience attention by carving out their own niche as viewers get their cultural commentary from a growing number of sources. 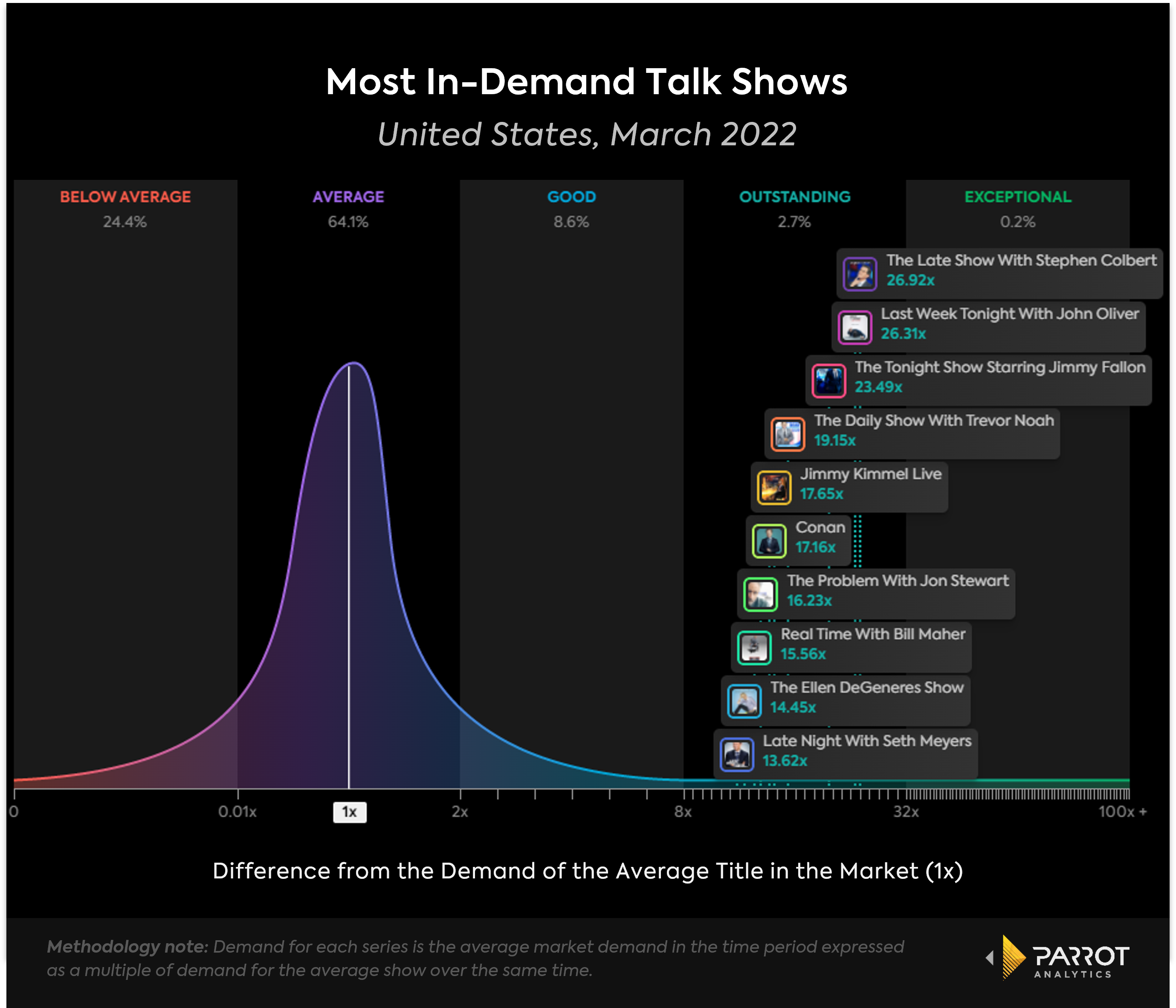 The Problem with Jon Stewart from Apple TV+ is the only streaming original talk show to make the top ten this month with 16.23 times the average series demand, hinting at how the genre as a whole has not yet cracked the code for success in the streaming world.  Jon Stewart made his name hosting The Daily Show, now helmed by Trevor Noah, which had higher demand than Jon Stewart’s new Apple TV+ show.

Some potentially good news for the streaming future of talk shows is the high demand for Conan despite this show having wrapped up last June.  HBO Max has a planned show featuring Conan O’Brien, although the few details that have been released suggest the show may be a unique reimagining of the talk show format.  Conan himself has the fourth highest talent demand of all the above talk show hosts.

A major component of demand for talk shows like these is driven by the hosts themselves.  The way these shows are titled and marketed puts particular emphasis on the talent hosting the show.  Looking at the talent demand for these talk show hosts we can get a sense of the relative size of their fandoms and how much their star power is helping drive demand for their show. 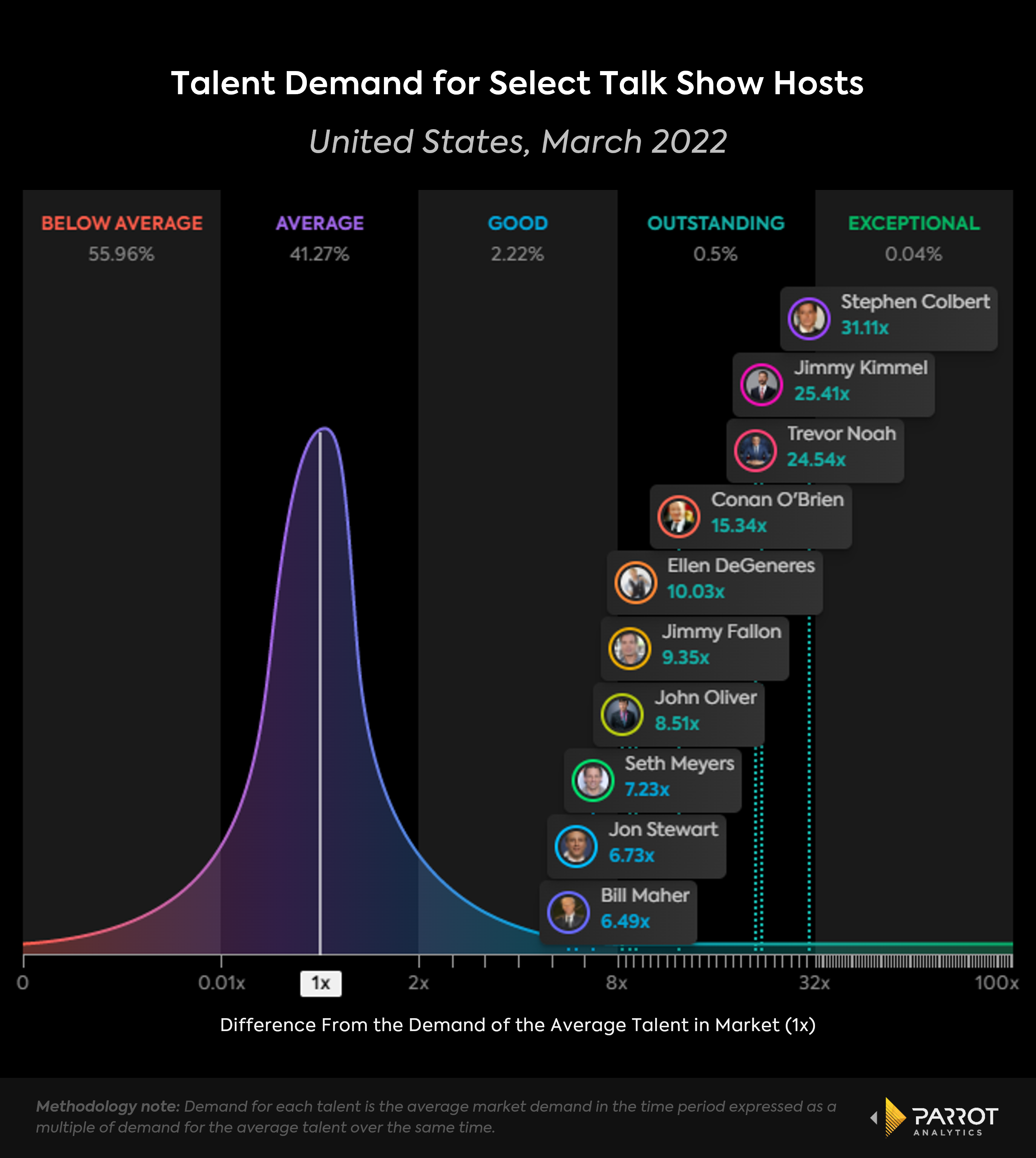