While the scale of this investment is impressive, it is not surprising.  India has been a key market of focus for Amazon as it seeks to grow its global subscriber base and we have already seen exceptionally high demand for its original series there.  As of Q1 2022, 15.9% of demand for streaming original series in India was for an Amazon Prime Video original, putting it behind Netflix but comfortably ahead of a combined Disney+Hotstar. 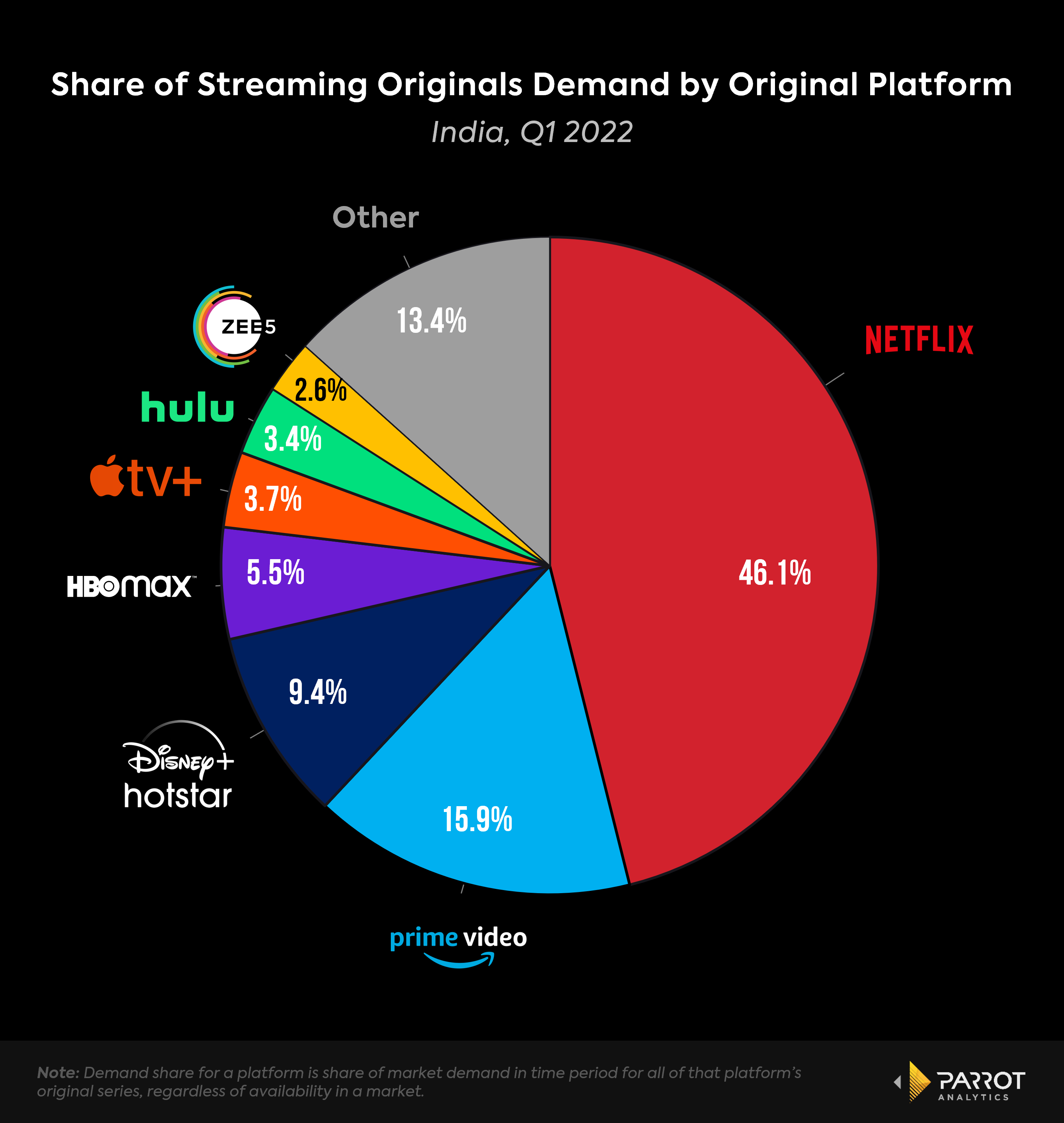 Prime Video’s 15.9% share of demand for original series makes India one of the markets with the largest share of demand for the platform’s originals. However, its share this quarter is actually well below its high water mark for the past two years (20.4% in October 2020). Mounting competition from platforms like Disney+Hotstar and a number of local streamers like Zee5 has chipped away at Amazon Prime Video’s demand share. It makes perfect sense now for Amazon to redouble its efforts in India to fend off competition while it is still in a relatively strong position. 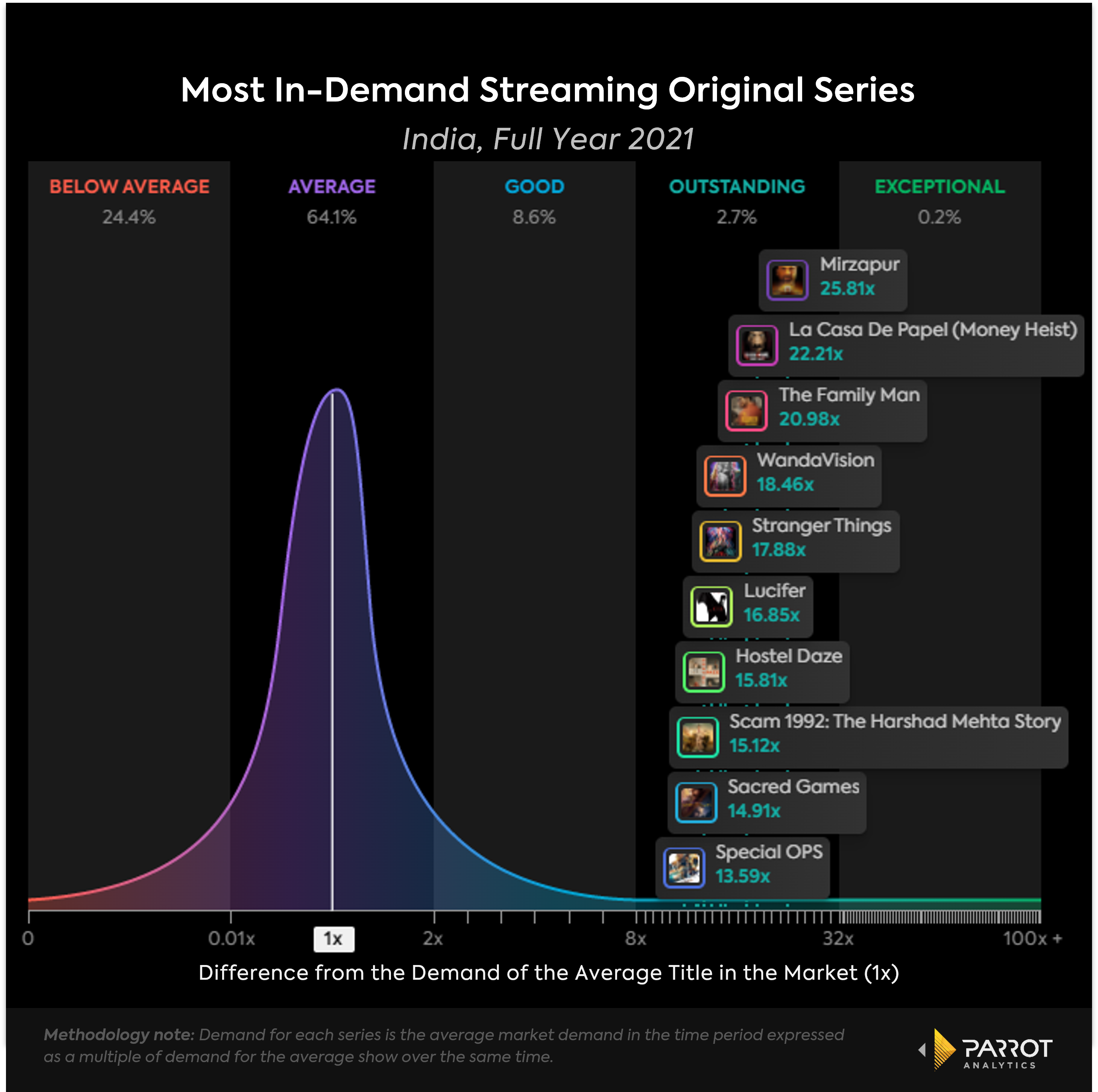 Investments in local content have been key to Amazon Prime Video’s success in India.  In 2021 the most in-demand streaming original series in India was Prime Video’s “Mirzapur”, which had 25.81 times the average series demand for the year.  Three of the ten most in-demand streaming originals for the year were local productions from Amazon (including “Hostel Daze” and “The Family Man”).  While Netflix had more originals in the top ten than Amazon, its only local show was “Sacred Games” which ranked as the 9th most in-demand for the year, seeming to indicate that Netflix hasn’t quite figured out the key to local market like Prime Video.

It would be narrow-minded to look at Prime Video’s investments in Indian content as only benefitting Amazon’s operations in the Indian market.  In today’s borderless world of content it is likely that some of these new series will find fans around the world.  Amazon Prime Video in particular, as a global streamer, knows that it is in a position to make this a reality.  Its Head of Local Originals announced that one in five subscribers outside India watch content from the country. 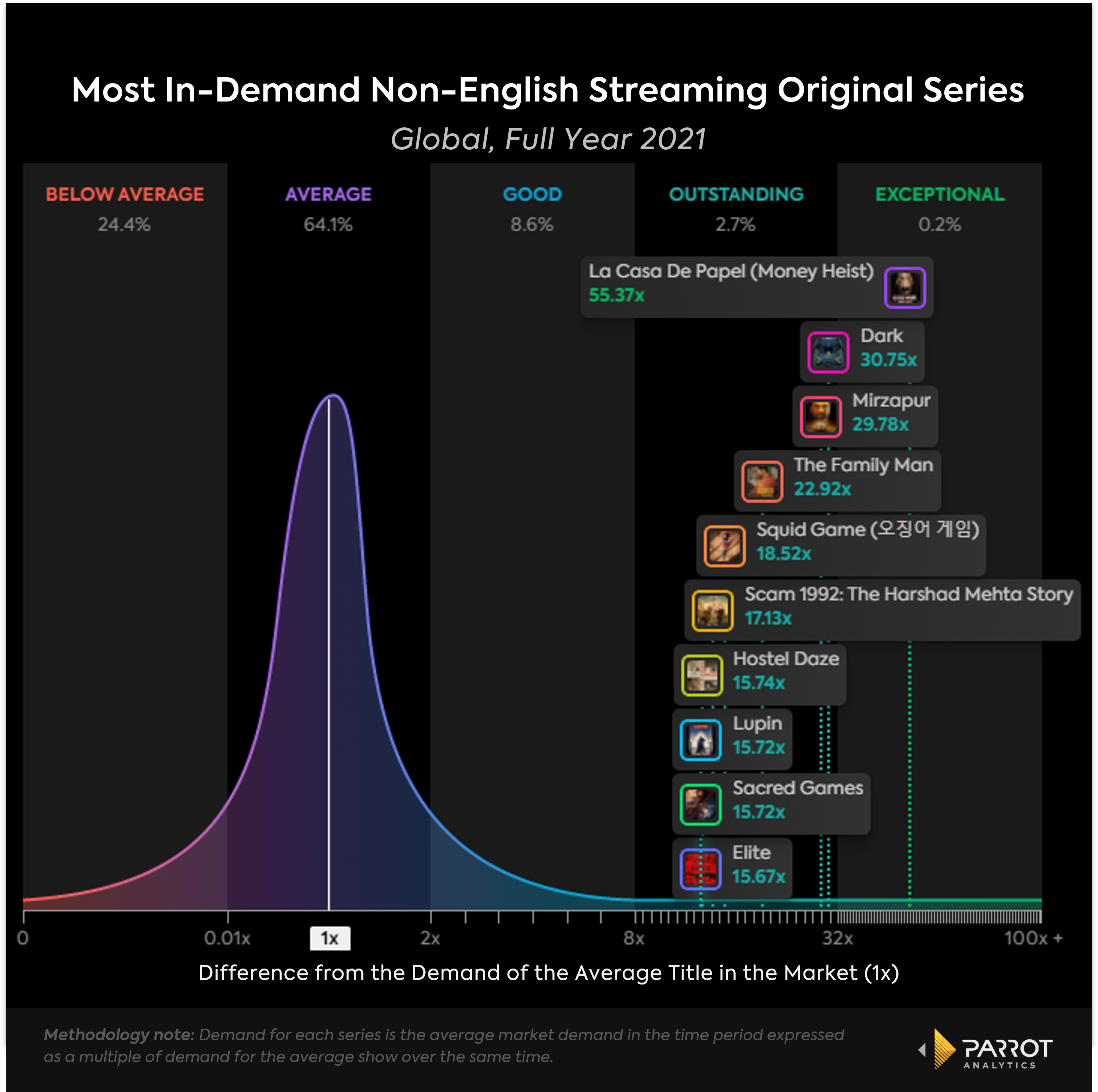 In 2021, half of the ten most globally in-demand non-English streaming originals were from India.  This underscores the potential of India as an content exporter to the world and Amazon’s position to take advantage of this (3 of the 5 Indian series above are Amazon originals).  We’ve previously measured Hindi as a one of the languages whose content is seeing growing demand in the US.  Amazon’s new planned slate of originals includes Hindi, Tamil, and Telugu series, so these languages may be the next to see a burst of growing demand in international markets if Amazon is successful with its new push in India.