Spy x Family saw the greatest growth in demand this week as it rose the be the third most in-demand new series in the US. Anime series have regularly ranked among the most in-demand shows in the US and platforms have embraced this growing genre and its fandoms. While there used to be a lag between anime series releasing in Japan and finding an audience around the world, platforms like Crunchyroll are quickly bringing these shows to global audiences soon after they premiere in Japan. The high demand in the US for this show in particular will be welcome news for Crunchyroll, which licensed the streaming rights for Spy x Family outside of Asia. 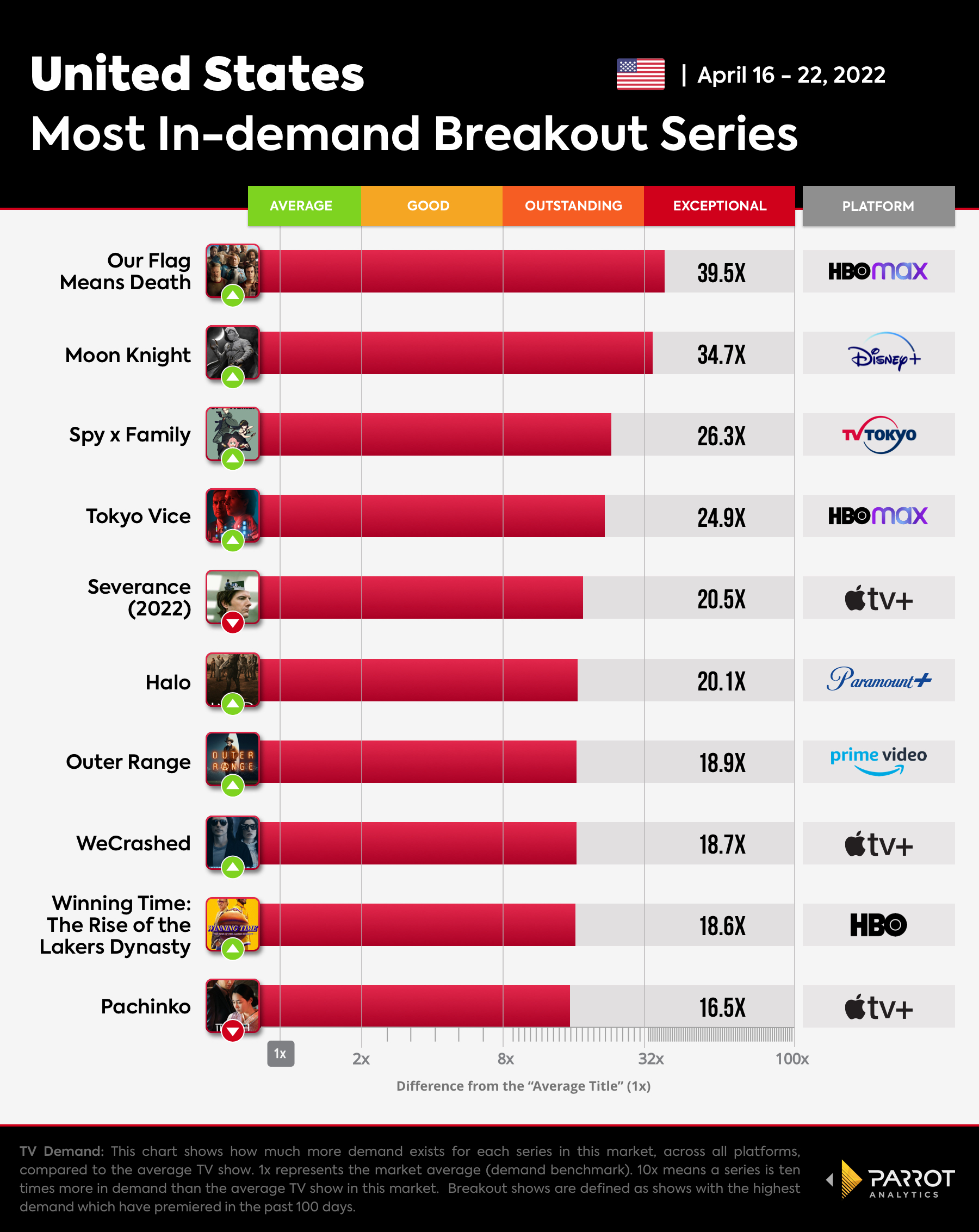 Tokyo Vice saw another surge in demand this week, after first appearing in the top ten ranking last week. Demand for the HBO Max original was up by 35% this week as the show continues to win fans. Between Tokyo Vice and Our Flag Means Death, HBO Max is continuing to dominate the top of the chart. Our Flag Means Death held steady for yet another week with close to 40 times the demand of the average series as fans eagerly await news of whether the series will be renewed for a second season.

Our Flag Means Death denied Moon Knight the top spot for another week. The latest Marvel series seems to have run out of steam, is continuing to hover below 35x the average series demand for the week, and lags the demand other Marvel series have reached at the same point in their seasons. It still has a bit of time until its finale on May 4th to see a late season surge in demand.

The most recent new series in the top ten breakout shows is Outer Range from Amazon Prime Video, which premiered on April 15th. It shot into seventh place in the weekly ranking with 18.9 times the average series demand. The neo-Western thriller is scheduled to drop two episodes weekly until May 6th, leveraging a hybrid release strategy which should give audiences enough content to satisfy them for a week and also keep them coming back for more.