Our Flag Means Death held onto the top spot for another week and managed to grow its demand even two weeks after its finale. The lasting popularity of this series is all the more impressive given that Marvel's Moon Knight is surging in demand this week, up 64% from last week. Demand for Moon Knight is currently tracking in the middle of the pack among recent Marvel series from Disney+ in their first few weeks. 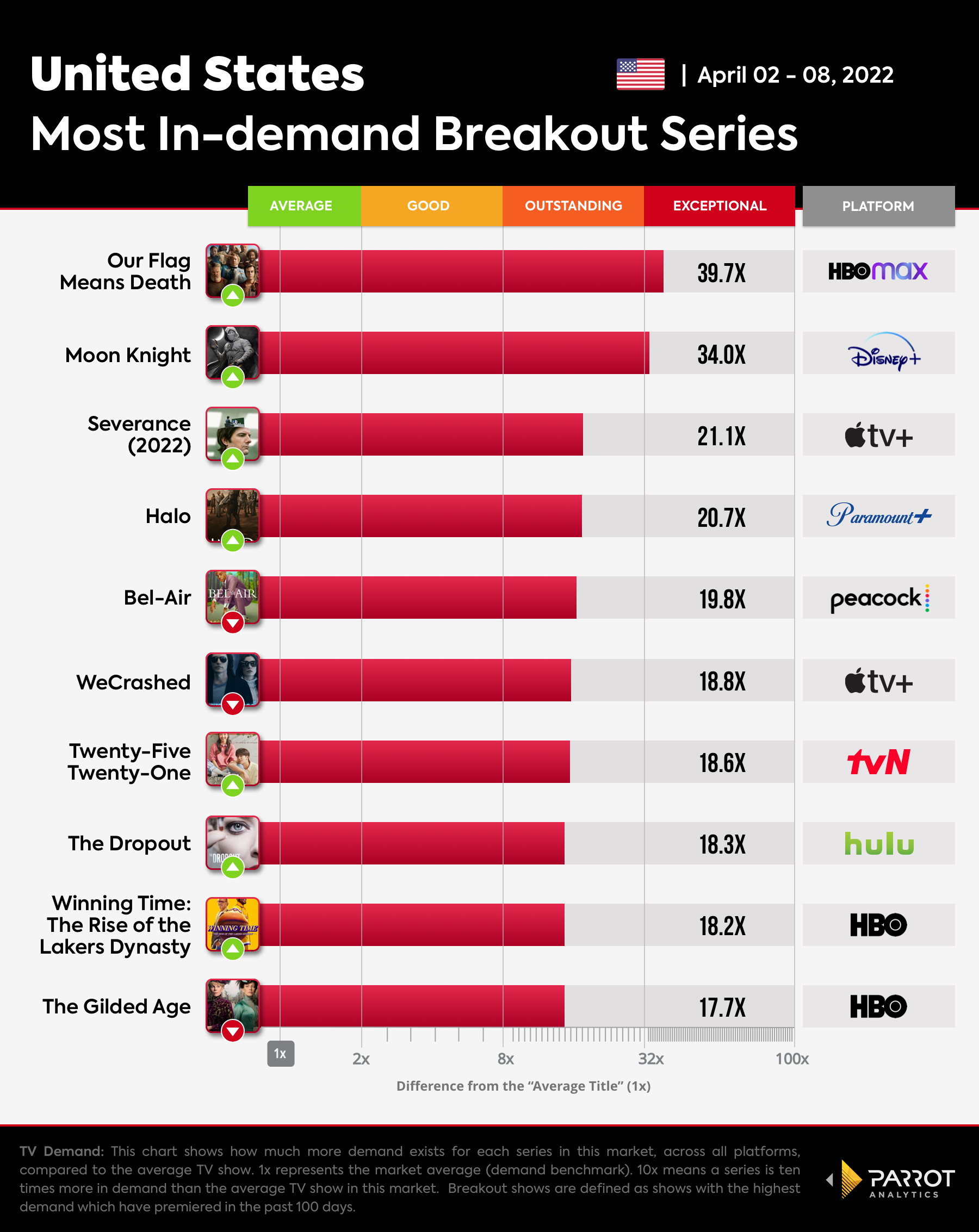 After first appearing in the top ten last week, Severance moved into third place this week with 21.1 times the average series demand. Its finale was released on April 8th and the show has been renewed for a second season. Demand for Apple TV+'s other show in the top ten this week, WeCrashed, held steady. The Jared Leto and Anne Hathaway led drama still has two weeks until its finale.

Demand for Twenty-Five Twenty-One, the latest trending K-drama, surged 21% this week. It originally arired on tvN in Korea but Netflix has the international streaming rights. This show is just one of several Korean series (both original and acquired) that Netflix has helped boost to new levels of demand globally.

Winning Time: The Rise of the Lakers Dynasty, from HBO, made its debut in the top ten ranking this week. This show is tapping into the same sports nostalgia that made The Last Dance such a globally successful hit when it premiered. It is also following in the mold of recent series that have been successful like The Dropout and WeCrashed which are dramatized tellings of a true story rather than a documentary.