Hulu's new true crime series Under the Banner of Heaven took over the fifth spot on the charts after a 98% growth in demand after its third episode aired on May 05. Paramount+'s Star Trek: Strange New Worlds also had a similar growth in demand right after its first episode aired on May 05, and entered the rankings in tenth place this week with 18.3 times the average series demand in the US. 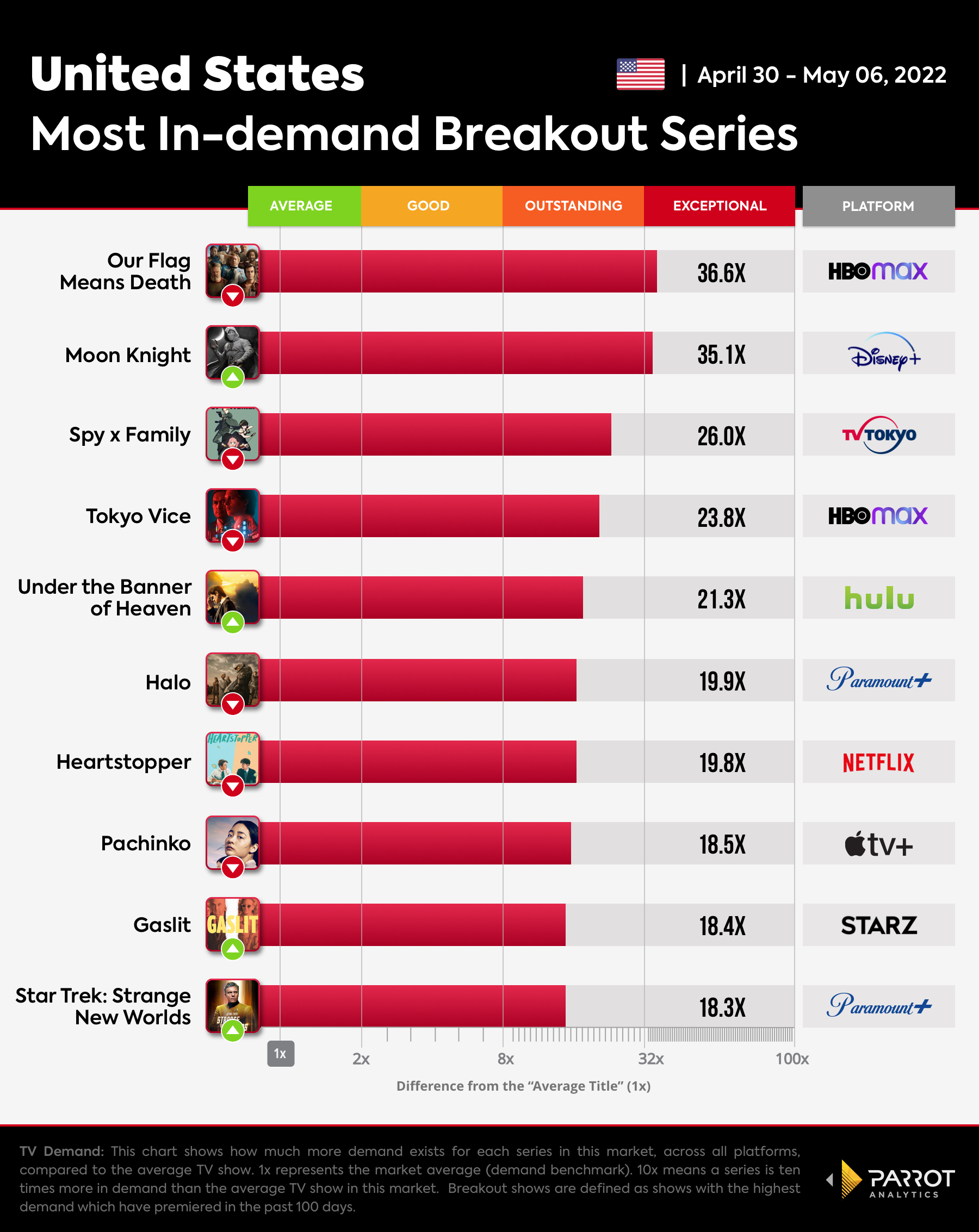 Tokyo TV's "Spy X Family" held on to its third spot with 26 times the average series demand. Given that it is still in the midst of releasing episodes, it is likely we will continue seeing the anime in the rankings until its conclusion. On the other hand, HBO Max's "Tokyo Vice" saw a 5% decline in demand this week and had 23.8 times the average series demand. Since the series wrapped up its first season on April 28, the decrease in audience demand indicates that the show will likely slip off the top ten charts in the wake of new tentpole releases over the next few weeks.

While the top four positions in the rankings remained unchanged this week, a bit of a shakeup in the list was observed to make way for "Under the Banner of Heaven, "Star Trek: Strange New Worlds" and Starz's political drama series, "Gaslit". The show, which released on April 24, is a modern take on the 1970's Watergate scandal and came in ninth place on the charts this week after its second and third episode releases. The 2.4% bump in demand made the show the 18.4 times more in demand than the average series in the US. Netflix's "Heartstopper", which had a spectacular performance last week, saw an 8% decline in demand this week. The British LGBTQI+ series still managed to hold its own in the rankings and came in seventh place with 19.8 times the average series demand.