For the week of April 9 - 15, Tokyo Vice has proven to be the big winner. Since premiering on April 7th, its demand has shot up to be 18.5 times that of the average TV series. This makes it the 6th most in-demand new series for the week, an impressive achievement in the first full week since its premiere. 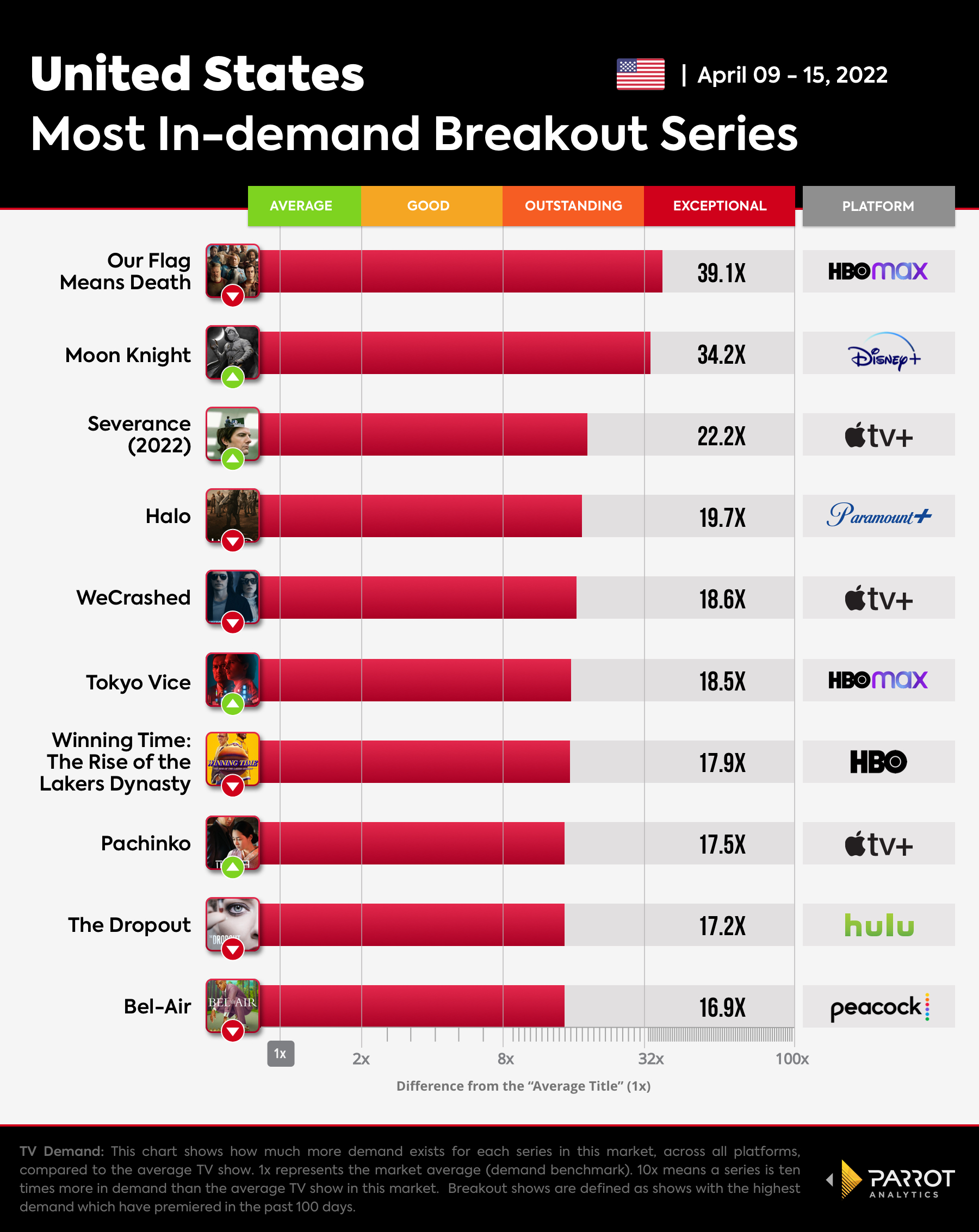 The rank of the top three breakout series remains unchanged from last week. Our Flag Means Death continues to show surprising resilience following its finale as demand for the show hovers around 40x the average series. Moon Knight is struggling to gain further ground as its demand has essentially stalled since last week. All the other live-action Marvel series from Disney+ had hit 40x the average series demand by this point in their season, a milestone “Moon Knight” has yet to reach. Demand for Severance jumped by 5% this week following the show’s finale on April 8th.

Apple TV+ and HBO/HBO Max each have three series in the top ten this week, showing how these platforms are currently dominating the list of latest must-watch new series with a breadth of content appealing to a diverse set of audiences. Pachinko returned to the top ten this week after having dropped out of the ranking last week, joining WeCrashed and Severance from Apple TV+. Meanwhile the variety of the most in-demand new content from HBO is apparent this week. Its three most in-demand new series include a pirate comedy, a drama series about the Lakers, and a gripping new crime drama.