There was a major shakeup in this week’s top breakout shows chart. Five of this week’s top ten new series are new to the top ten ranking. Leading these new series is Disney+’s much anticipated Moon Knight, which premiered on March 30th and looks poised to eventually take the top spot. Disney+’s The Book of Boba Fett only recently fell to second place and Moon Knight seems likely to continue the platform’s string of chart-toppers from its major franchises. 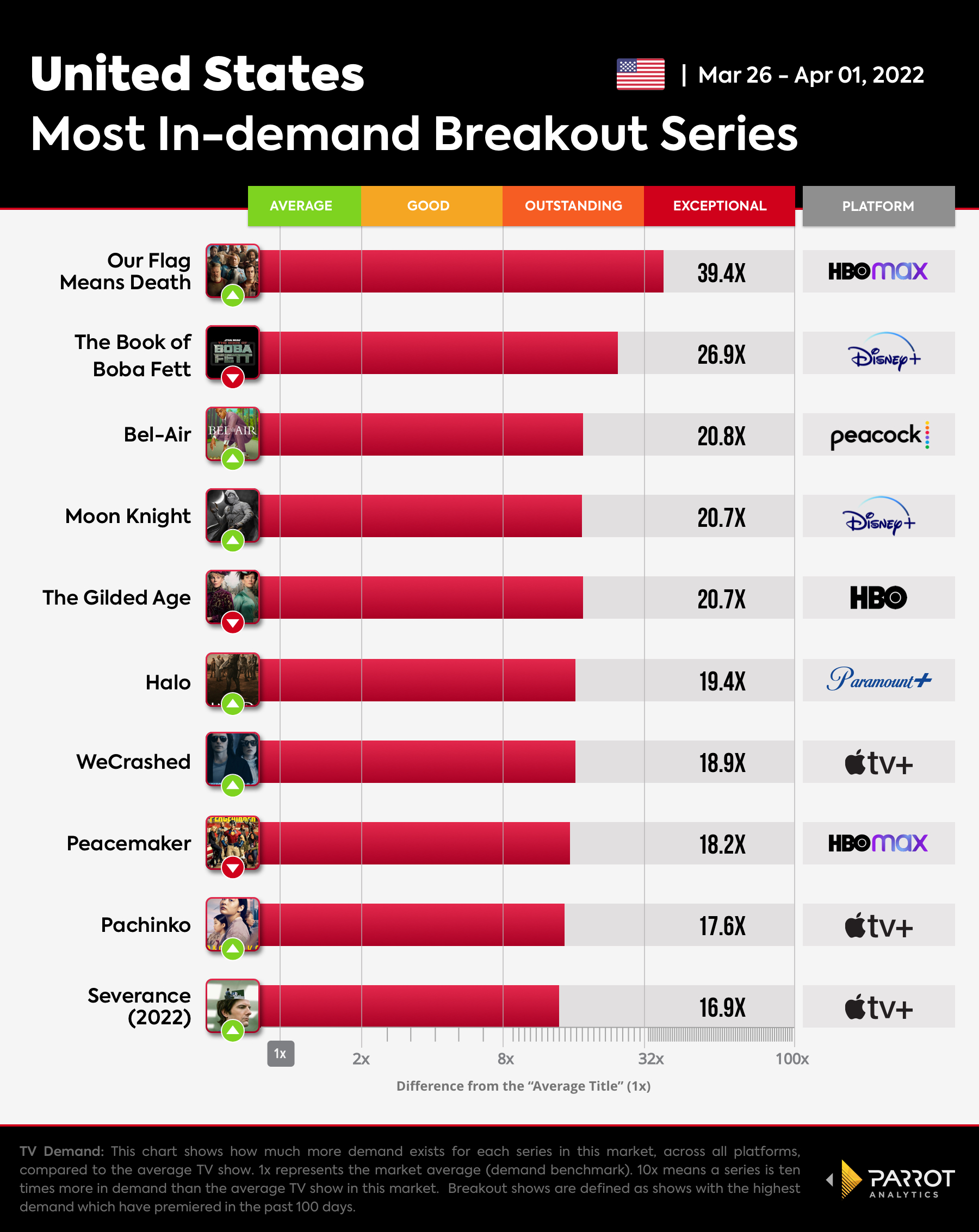 The big winner this week was Apple TV+. Three new series in this week’s top ten are from the platform. WeCrashed rose into the top ten halfway through its season, surpassing another “tech crash” drama, The Dropout which fell out of the top ten this week. Two other Apple TV+ originals were among the most in-demand new series this week. Severance jumped into the tenth spot ahead of its final two episodes while Pachinko had a strong premiere on March 25th, vaulting it onto 9th place this week.

With 19.4 times the average series demand, Halo from Paramount+, exceeded the demand for all three new series from Apple TV+. This show is one of several recent series drawing inspiration from video game IP. Only in its second week, Halo still has room to grow its demand further.

Our Flag Means Death, extended its run at the top of the chart for another week after unseating The Book of Boba Fett last week. It not only ranked first for another week but managed to grow its demand by 15% and reach an impressive 39.4 times the average series demand. This is a testament to the show continuing to find new audiences even after its finale.