Netflix's new legal drama series, The Lincoln Lawyer made its debut in the rankings following an impressive 413% surge in demand after it premiered on May 13. The show, which is based on Michael Connelly's best-selling novels, took the eighth spot on the chart and had 20.1 times the average series demand in the U.S. for the week. 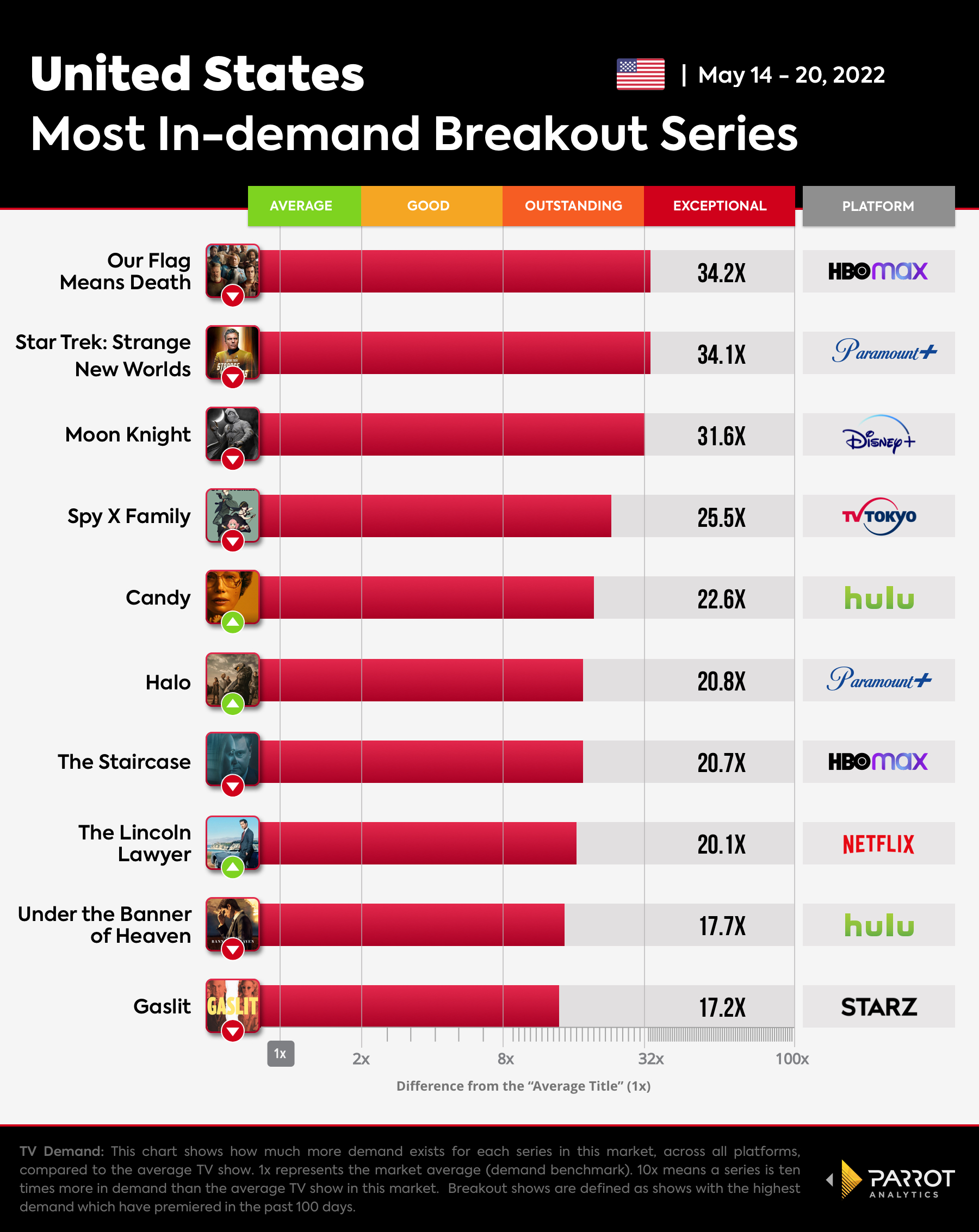 Our Flag Means Death took back its top spot from Paramount+'s Star Trek: Strange New Worlds, pushing the latter down to second place in this week's breakout shows rankings. The two shows are currently neck to neck for the top spot with a marginal difference in demand between the two; Our Flag Means Death had 34.2 times the average series demand, while the Paramount+ show had 34.1 times the demand average.

Halo made a comeback in the rankings following a 7% jump in demand. The increase was observed after the show's season finale aired on May 19, concluding the first season of the video game adaptation. Shortly after, Halo became the sixth most in-demand breakout show with 20.8 times the average series demand in the U.S. After experiencing a surge in demand in the first two weeks following its release, demand for The Staircase dropped by 10% this week, placing the show in seventh place, down from fifth last week. Given that the show is scheduled to release episodes until June 09, it is likely that we may continue seeing it on the chart in the coming weeks.