Demand for ‘Obi-Wan Kenobi’ is destined to beat ‘Stranger Things’

It’s a great weekend for sci-fi fans: Netflix’s Stranger Things is back for the first half of its final season on Friday, and Ewan McGregor returns to the title role on Disney+’s Obi-Wan Kenobi. And while both have big fandoms, if history tells us anything, Kenobi will end up having more demand than Stranger Things after their premieres.

Looking at the top 10 most in-demand sci-fi streaming originals on over-the-top (OTT) platforms in the United States during the first three months of 2022, Disney+’s Star Wars spinoffs dominated in that quarter — and will likely continue to dominate in the next one with Obi-Wan Kenobi.

Both The Mandalorian and The Book of Boba Fett saw exceptional demand in the first quarter, amassing 40.5 times and 37.3 times the average demand of all other series in the U.S. during the same time frame, respectively. That puts the series into the exceptional category, which is something that only 0.2% of all series ever reach. 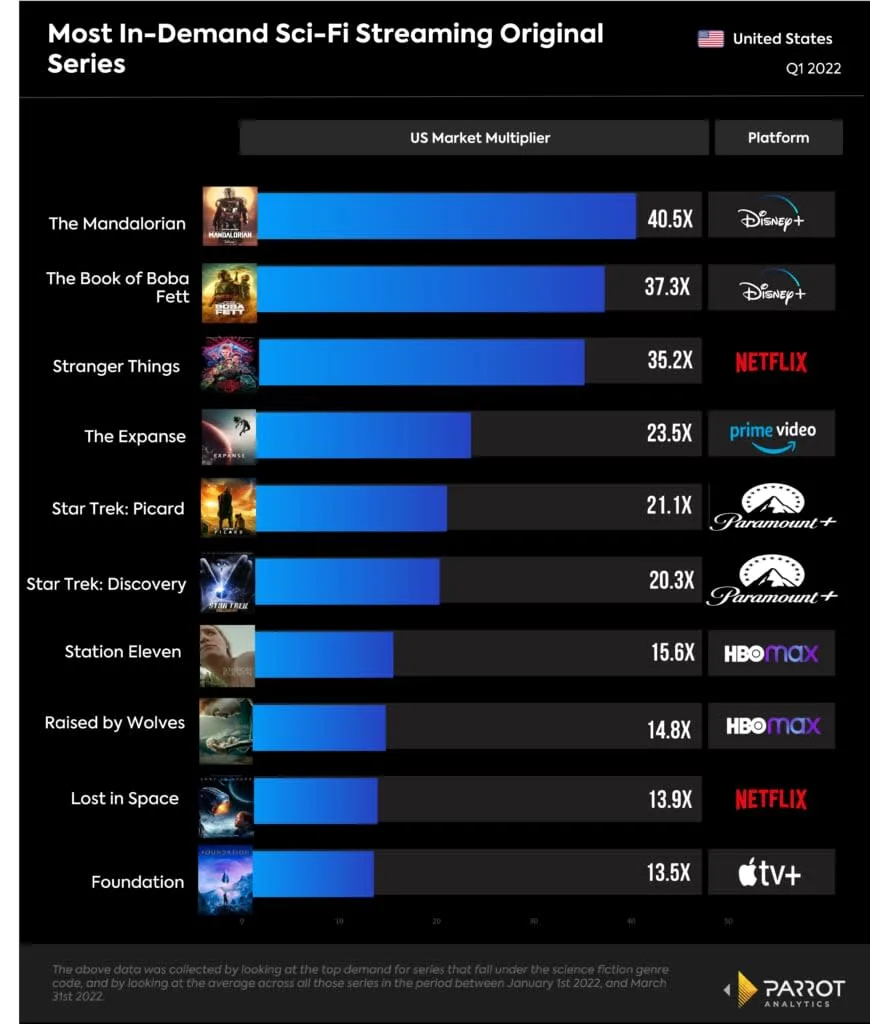 In third place is Stranger Things, which boasted 35.2 times the average demand of all series in the U.S. during the first quarter, placing it in the exceptional category.

Science fiction is increasingly becoming some of the most exclusive, priority content for streaming services trying to find their place among potential customers. The glossy, expensive shows are the type of series that can pick up attention and dominate conversation for weeks and months on end.

Disney’s $4 billion acquisition of Lucasfilm in 2012 has paid off tenfold for the company — in theaters, in theme parks and especially on Disney+, where Star Wars plays a big role in customer acquisition and customer retention. The affinity that Star Wars programming has to other key Disney-owned franchises, most notably Marvel, can’t be understated for Disney+’s continued strength in the market.

Paramount+’s Star Trek franchise also had a stellar first quarter, with promise of the franchise’s new show, Strange New Worlds, helping the service land another breakout hit in the second quarter. Both Star Trek: Picard and Star Trek: Discovery amassed 21.1 times and 20.3 times the average demand of all series in the U.S., respectively. This puts both shows in the outstanding category of demand, something that only 2.7% of all shows reach.

Star Trek is a linchpin for Paramount and Paramount+, especially as the company continues to expand its operations internationally. Having success in pre-established shows with known characters is key, but being able to find new audiences through new series like Strange New Worlds or new innovations like an animated series, such as Star Trek: On Deck, helps keep the love for the franchise strong. As Paramount+ starts to work on originals to attract new subscribers, leans on its impressive catalog to retain those customers, science fiction series like Halo and the Star Trek universe will continue to be at the forefront.

Then there’s Netflix, which has the highest content spend for a streaming platform (companies like Disney spend more overall, but it’s spread across linear television, theatrical releases and OTT platforms), and is consistently trying to find the next sci-fi hit. In addition to Stranger Things, the other Netflix entry on the list is Lost in Space, which had 13.9 times the average demand of all series, placing it in the outstanding category. 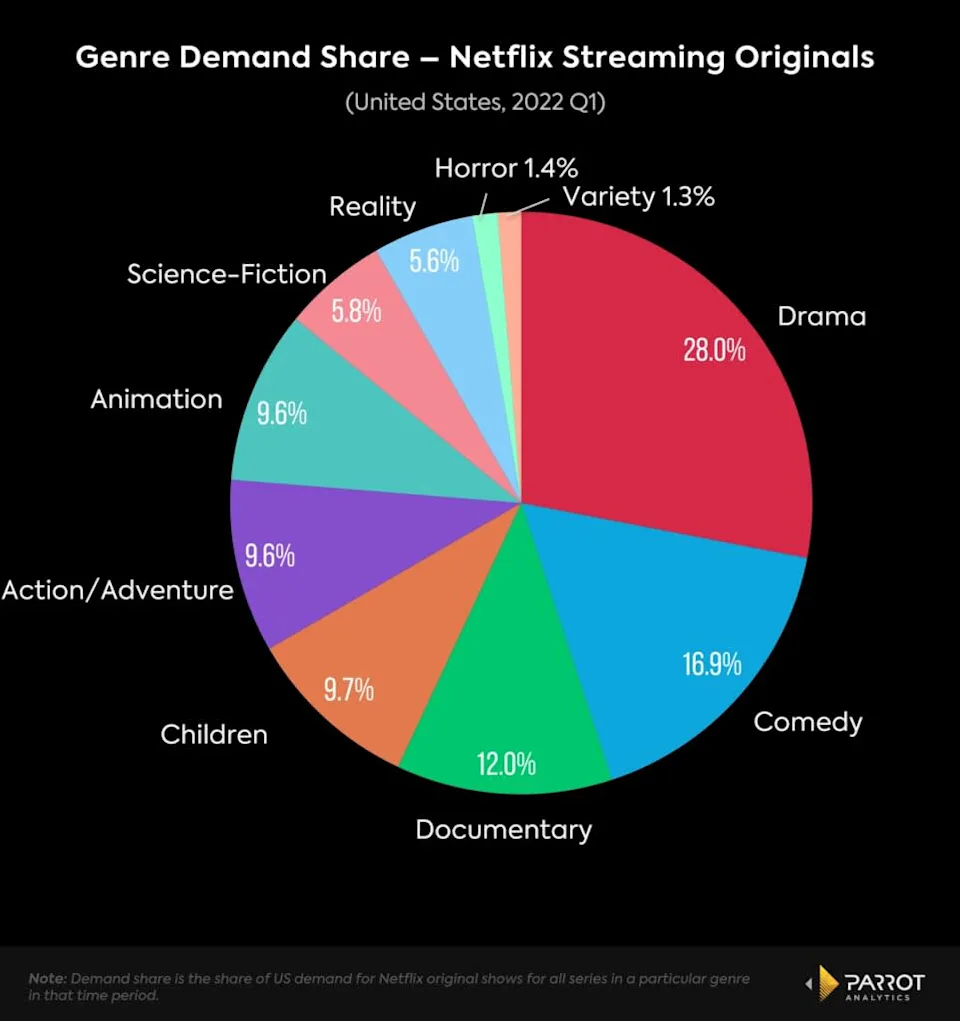 In the first quarter, science-fiction made up nearly 6% of all demand for Netflix’s catalog in the U.S. Considering Netflix has 222 million subscribers, that’s a decent amount of demand for high quality, big budget series.

Not all of them work. Jupiter’s Legacy — which centered on the super-powered children of superheroes and was based on a comic series of the same name — was a massive failure that put a wrench in plans for a franchise. The same happened with the streamer’s live-action adaptation of Cowboy Bebop, canceled after just one season despite source material that would have lasted years. Now, Netflix will have to try and figure out its sci-fi strategy, and appeal to the audience looking for something new to watch after hits like Stranger Things and Umbrella Academy end.

Other notable series that made it onto the top 10 list of most in-demand sci-fi series in the United States includes HBO Max’s Raised by Wolves and Station 11, as well as Prime Video’s The Expanse. Plus, Apple TV+ makes the chart with its pricey adaptation of Isaac Asimov’s Foundation.