While there is already a massive amount of options to choose from, superhero content is still very much in demand. With examples such as WandaVision and The Falcon and the Winter Soldier reaching record levels of success since their release on Disney+ last year, it appears that the Marvel universe is leading the way when it comes to demand for the superhero genre. With this history in mind, it is understandable why fans of the superhero genre were excited for the release of Moon Knight, the Disney+ streaming service’s newest original Marvel series. The show, with just three episodes released so far, has already gained an exceptional level of global demand and it will be interesting to see if this will grow even further with the release of the finale three episodes.

Like a number of series released within the past two years have been doing, Moon Knight is on a weekly release schedule, with one episode airing on Disney+ per week. While this format has caused some complaints in the past, likely due to impatience in the wake of other series being dropped in full on their release date, a stunted release schedule can be a great influence to the longevity of demand for a series from the time of its release to the very last episode. WandaVision and its bi-weekly release schedule was a good example of this, and it could point toward a similar path in success, at least in terms of demand growth and longevity, for Moon Knight. 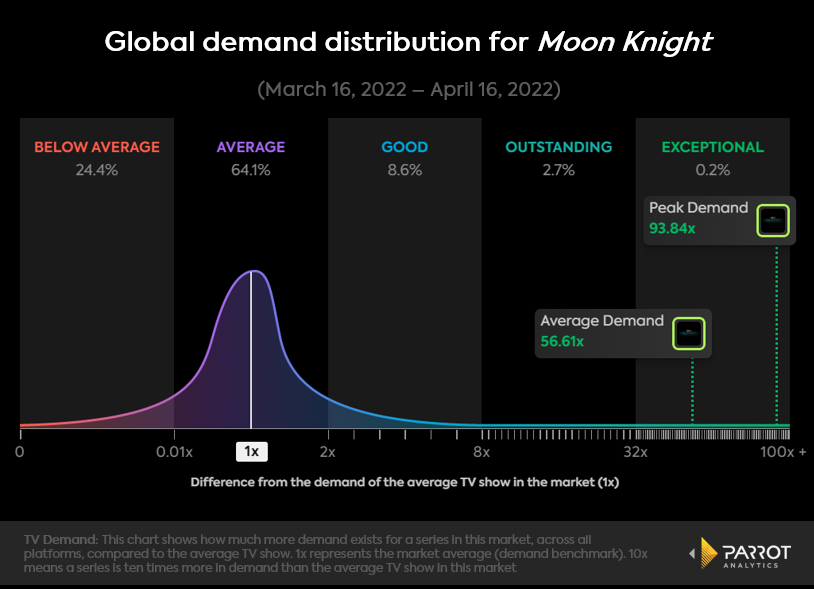 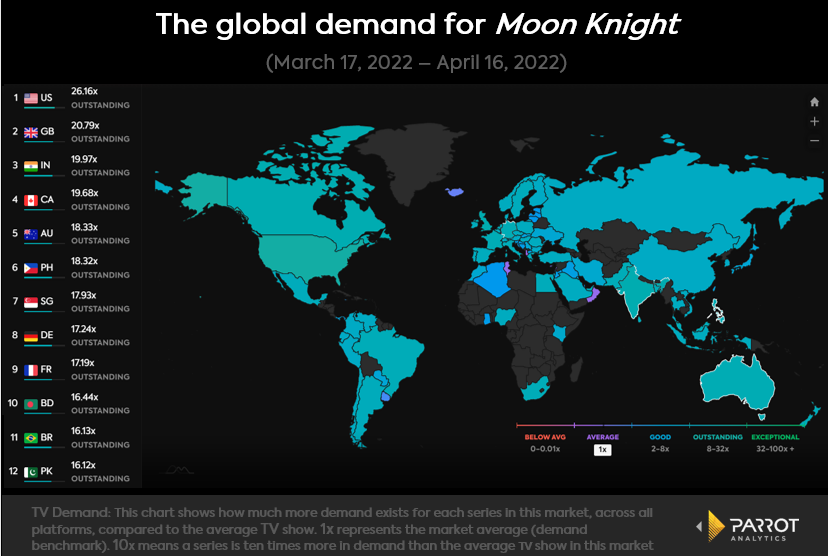 The chart below shows the top ten series with the most global demand over the past thirty days. Over this period, Moon Knight has been the sixth most in-demand show worldwide. With over 90 times more demand than the average show worldwide, the series rose to the top of the below chart from the 13th to the 15th of April, making it the most in demand show worldwide for those days. This is interesting as the other shows on this list are all relatively well-known and anticipated. For instance, Peaky Blinders, which is just above Moon Knight in terms of its average level of demand over the past thirty days, saw the release of its sixth season in February. This show has a massive following and it is understandable the show had reached an average of 64.2 times more demand than the average show worldwide in the past thirty days. This being said, with Moon Knight only having been released on March 30th, the exceptional level of demand it has gained is quite an achievement. 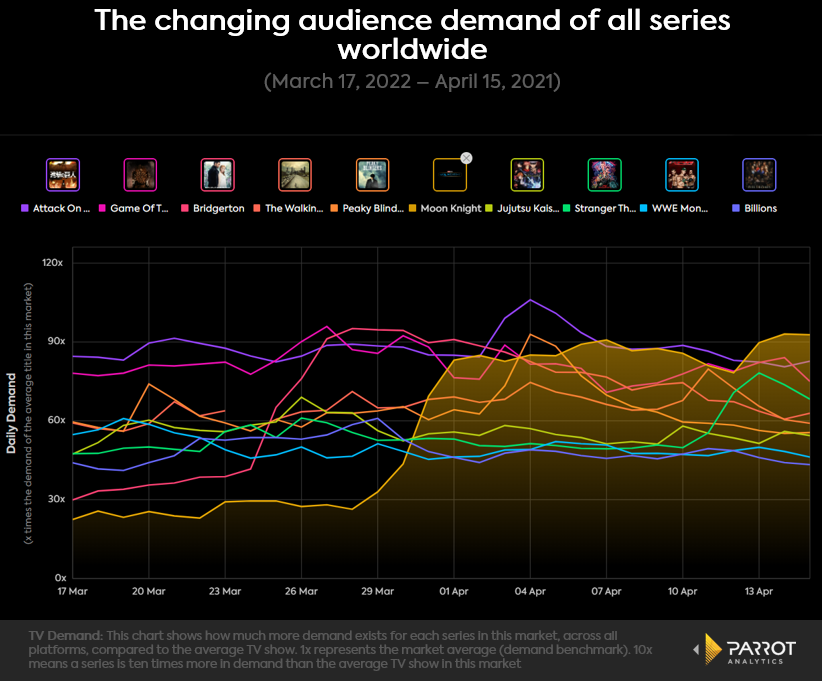 The chart above also shows the large spike in demand on the day of its release, as well as the consistent high level of demand in the days after. Remaining around 90 times more demand than the average show worldwide in the latter half of the chart, it is clear the series has succeeded in audience engagement over its first three episodes. Considering the series will have just six episodes, it will be interesting to see how long such a high level of demand might be maintained after the release of the show’s finale. If WandaVision, which is still sitting at an exceptional level of demand over a year after its own final episode, is anything to go by, Moon Knight has the potential to be another success for Disney+.

As seen in the previous chart, Moon Knight had a very drastic spike in demand on the day of the release of its first episode. This speed of growth in demand can be referred to as momentum which is one of the six measurements shown in the chart below. Moon Knight has 77.5 times more momentum than the average show worldwide. This is an exceptional level as only 1.6% of shows have this level of momentum. Another measurement on the chart below the series has succeeded in on the chart below is its travelability, which refers to the popularity of a show outside of its home market. Moon Knight has 26.6 times more travelability than the average show worldwide. 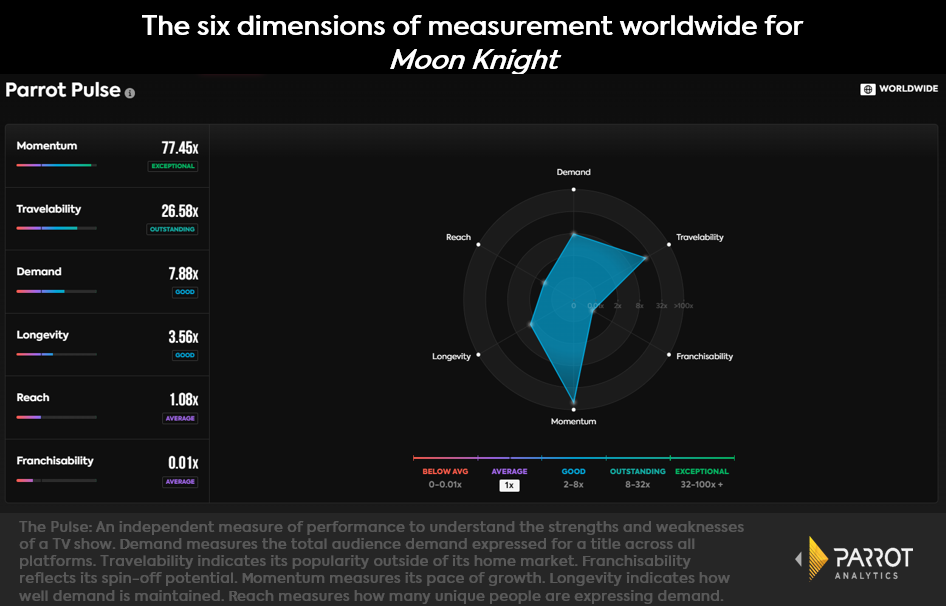