How Paramount+ became a contender in the streaming wars

One of the names that keeps coming up as a potentially surprising true contender in the streaming wars is Paramount+.

The streaming service that came in as a replacement for CBS’ long-time running CBS All Access was a questionable entrant when it first launched last year, but in a short time, Paramount+ has bounced to some analysts’ most intriguing platforms to follow. The total four quadrant streaming offering — meaning having content for men and women, above and under the age of 25 — is on par with what’s available on strong competitor platforms including HBO Max, Hulu, and Netflix.

How did Paramount+, which has just over 40 million paid subscribers as of its Q1 results, end up becoming a potential frontrunner — and what is drawing people in? 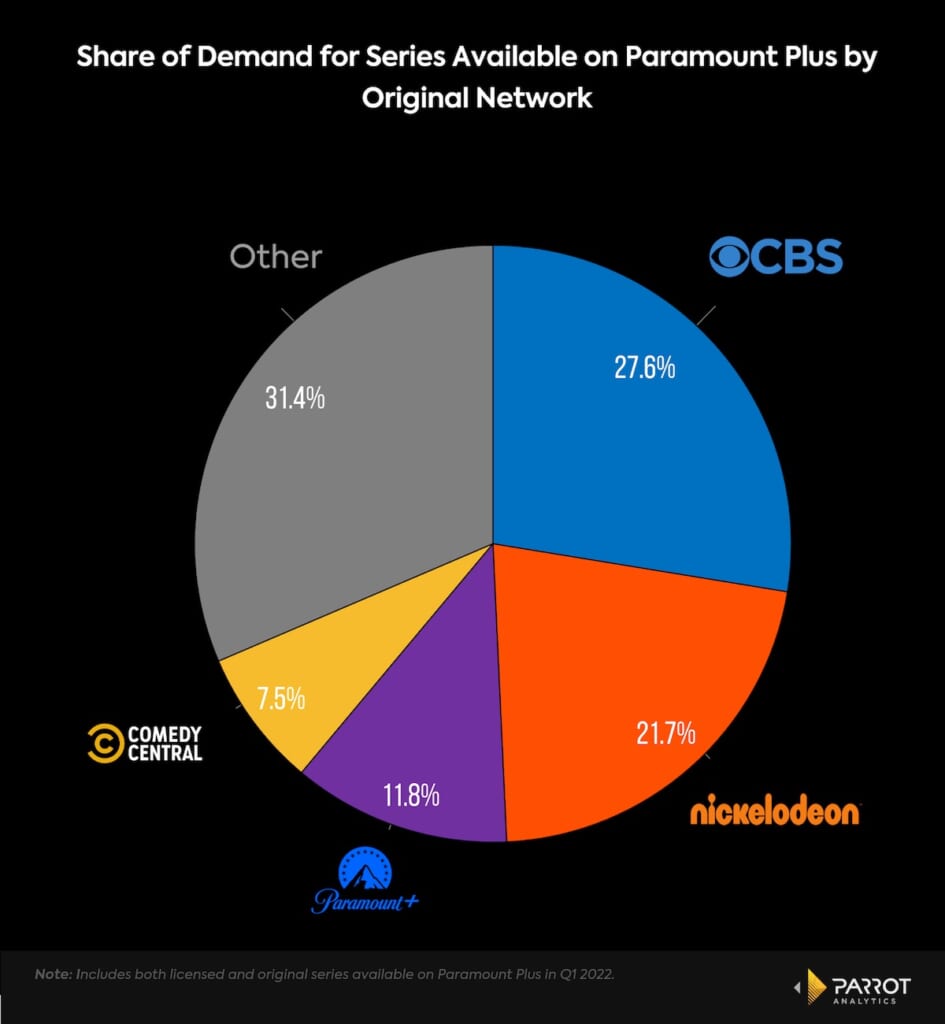 It’s not surprising that CBS originals and catalog content make up the vast majority of demand. CBS has one of the longest running catalogs of beloved series, including many comedies and procedurals, that people still seek out. Partner this with new franchise series like 1883 and Mayor of Kingstown, as well as long running crime shows like Criminal Minds, and there’s no doubt that CBS still has a draw for a large swatch of viewers.

Paramount+ originals make up just over 11% of all demand for Paramount+ content, while Comedy Central series make up about 7.5%. Other series — including titles from MTV and BET, as an example — make up another 31.4% of demand. This also includes licensed content on the platform from other parties. 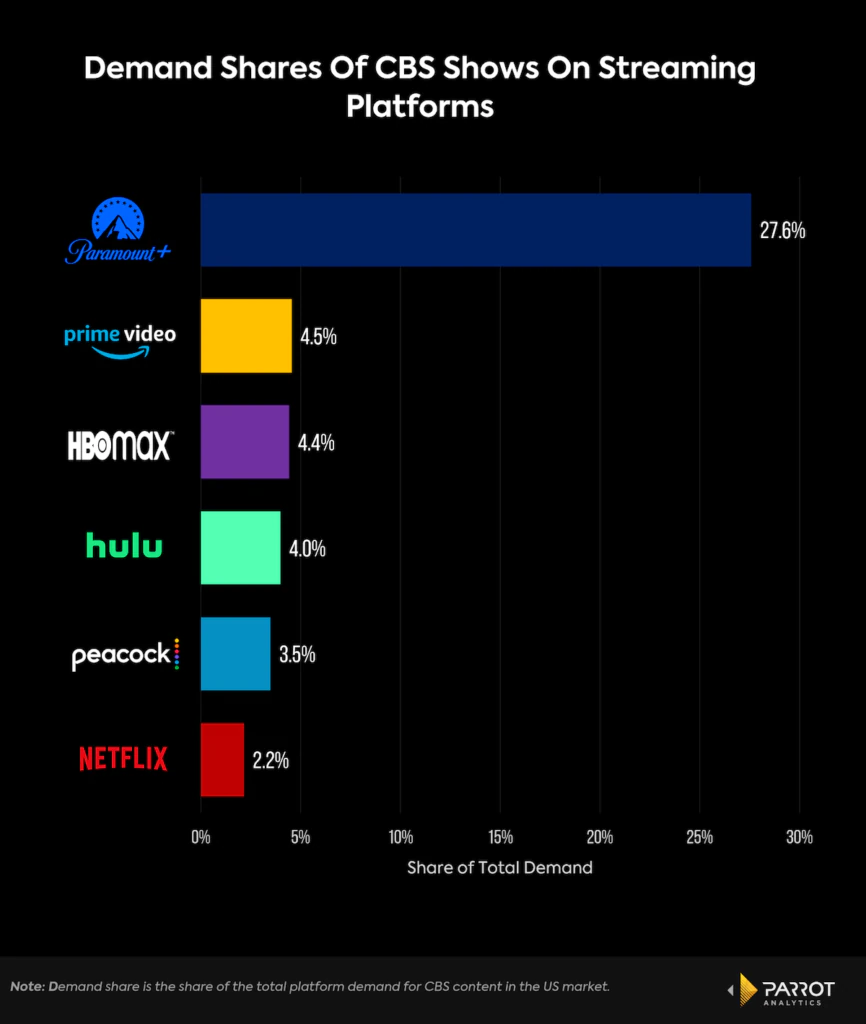 Much like some of Paramount Global’s competitors, audience demand for content means that it’s also extremely lucrative to license out content to other parties. When looking at the demand share for CBS content on other platforms where CBS content is available, Prime Video and HBO Max come in first and second respectively with 4.5% and 4.4% of the demand for their catalogs being comprised of CBS content. Hulu follows with 4%, then Peacock with 3.% and Netflix with 2.2% in Q1.

Considering the size of these catalogs, and the importance of originals, maintaining an average of about 3.7% is a good sign of the value of CBS’ catalog. The question remains how much of the walled garden strategy CBS wants to take with its content; how much of this content that’s licensed out will end up on Paramount+ exclusively? And, more importantly, what type of content works well for Paramount+ to license out (ie, doesn’t negatively affect the growth factor of its own subscriber base) while also working for other platforms (ie, helping services like Netflix or Hulu to maintain their subscriber rates)?

All of these questions will be answered in the years to come as streaming strategies are further established. What’s evident is that Paramount Global, and Paramount+ as a service, are shaping up to be a stronger competitor than many in the industry thought at first.