How ‘Thor: Love and Thunder’ demand stacks up versus other superhero movies this year

Thor: Love and Thunder’s debut weekend should serve as a reminder of two things: 1) there’s no such thing as ‘franchise fatigue.’ And 2) demand for superhero content - and the subsequent willingness of audiences to pay to see those movies in theaters - remains as strong as ever.

According to Movie Demand data, US audience demand for Thor: Love and Thunder was 283.7x bigger than the demand for the average movie with US audiences on July 10, 2022, the Sunday of its opening weekend.

This is the third highest daily movie demand level Parrot Analytics has tracked so far in 2022, behind fellow superhero standouts Spider-Man: No Way Home and The Batman.

But Thor: Love and Thunder just debuted - so, which superhero movies have consistently captivated US audiences throughout the year? 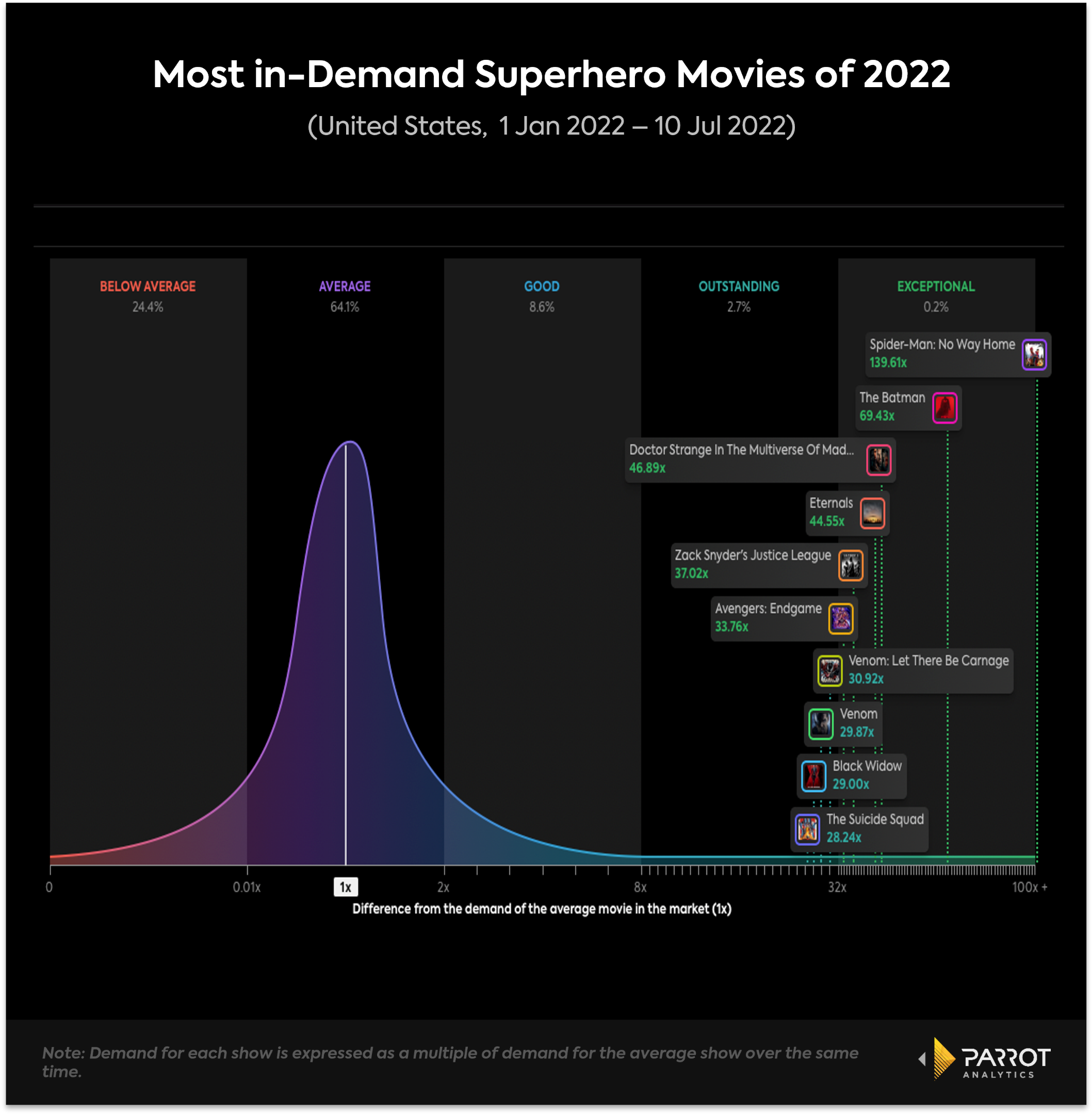 Unsurprisingly, Marvel Cinematic Universe movies account for half of the top 10 superhero movies of 2022 with US audiences. Both of SONY’s Venom movies, which are closely related to the MCU, appear in the top 10. Warner Bros. Discovery’s DC franchise accounted for the remaining three - including second-place The Batman.

Most of these movies were released within the last 12 months, but one outlier is Avengers: Endgame, the second-highest grossing movie worldwide of all time. Despite debuting in April 2019, this movie is still 33.8x more in-demand than the average movie in the US, and is the sixth most in-demand superhero movie so far in 2022.

Plotting Spider-Man: No Way Home against second place The Batman (69.4x) shows just how much of an outlier it has been in terms of capturing audience demand. 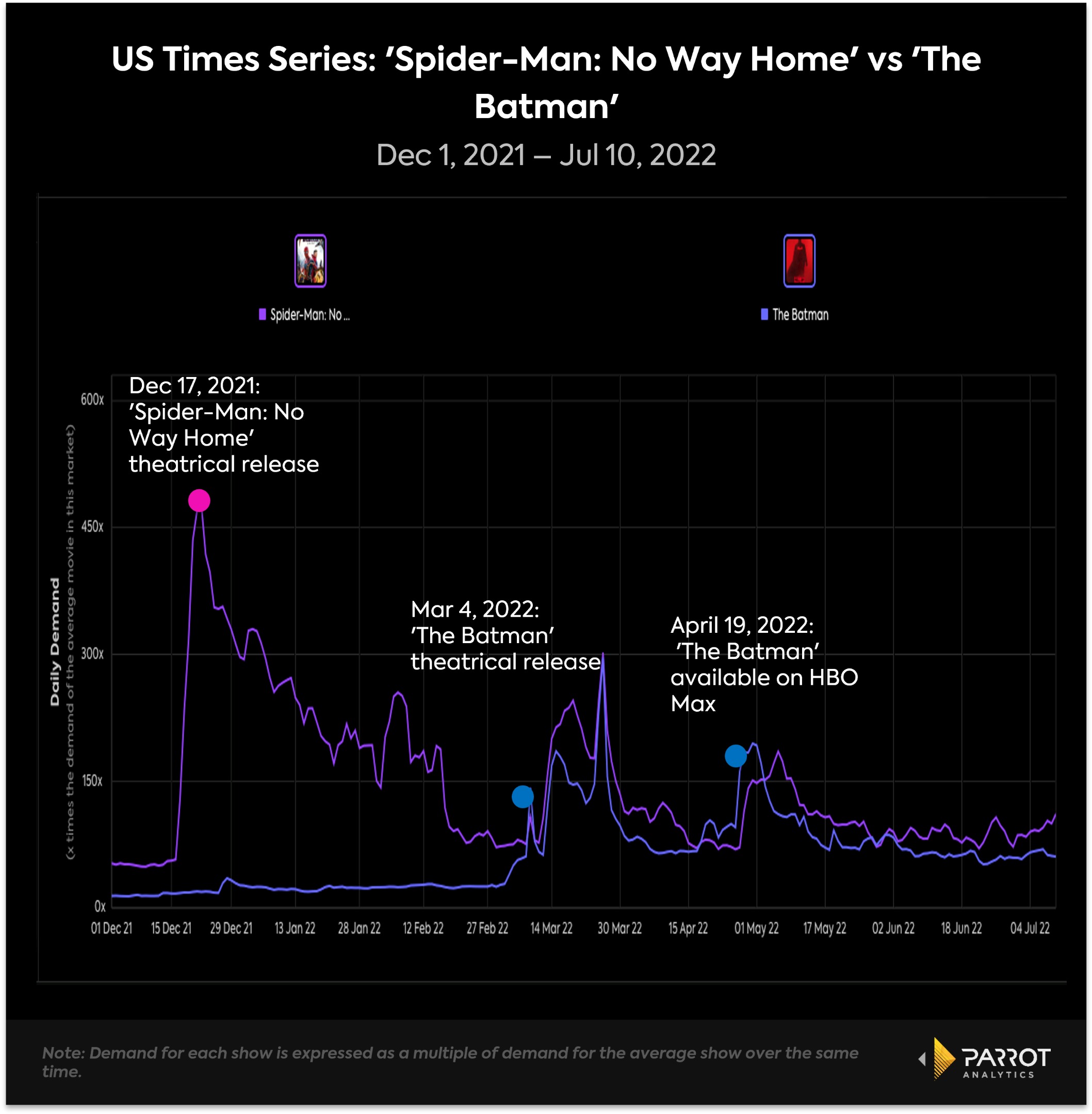 Within a week of debuting in theaters, Spider-Man: No Way Home hit a peak demand of 476.6x more demand than the average movie with US audiences.

Typically, the most in-demand movie or TV show with US and global audiences has anywhere from 80-100x the average demand. Spider-Man: No Way Home’s audience demand performance thus shows how much of a culture-dominating phenomenon this movie became.

Movie Demand data further reveals how important superhero stories are to the overall health of the movie business. The top five superhero movies are all in the US top 10 overall movies, once again showing the crucial link between demand for content and the willingness for consumers to spend money to see it.