Smushed in-between Thor: Love and Thunder and Jordan Peele’s Nope is an independent movie that’s generating a lot of noise for a small film about an even smaller character’s search for their family: Marcel the Shell With Shoes On.

The latest film from beloved independent film studio A24 hails from Jenny Slate — the co-creator of the Marcel the Shell With Shoes On short films and children’s book series — and director Dean Fleisher-Camp, and has grossed nearly $2 million in theaters with a very limited release. Now opening more widely, A24, which was recently valued at $2.5 billion, is trying to see if the studio has another potential hit on its hands. While no one’s expecting Marcel to reach the level of box office success that A24’s last mega hit, Everything Everywhere All at Once, saw, its strong growth over the last few weeks has industry insiders pondering A24’s growing success.

Looking at the sum of demand for A24 films each month over the last year, it’s evident that A24’s success is only continuing to grow. 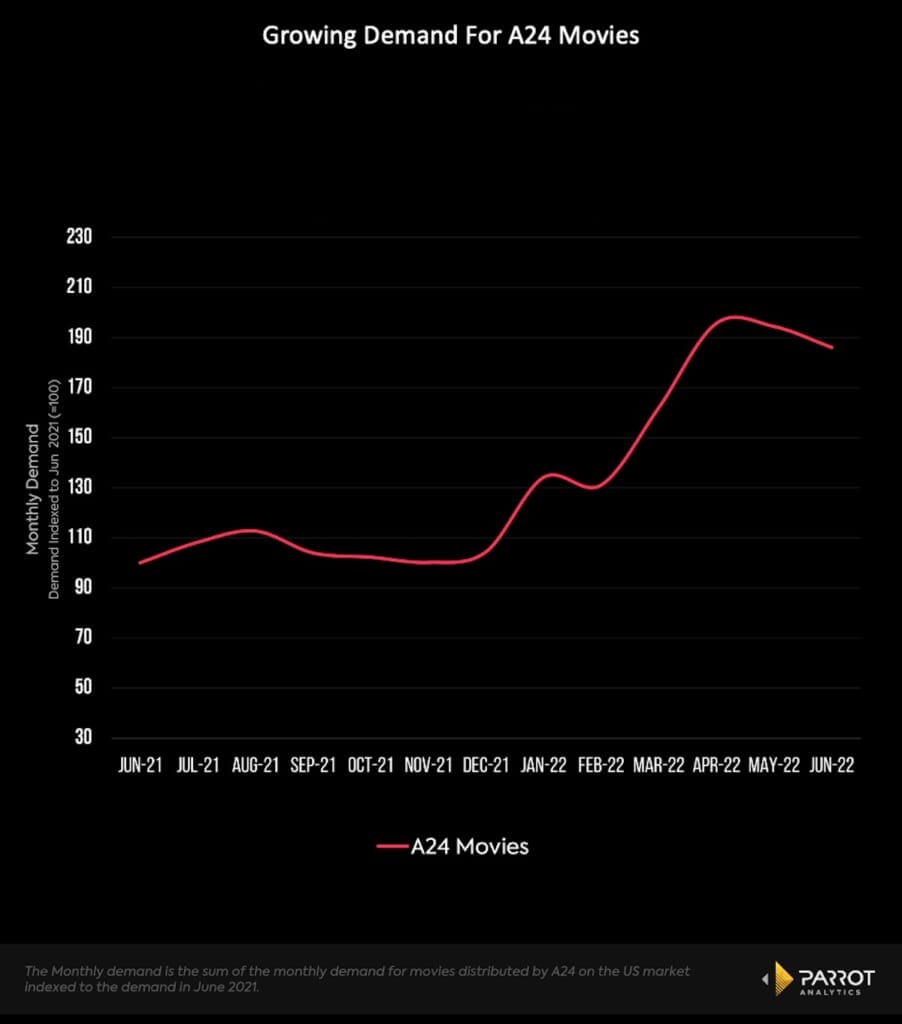 Between June 2021 and May 2022, the sum of demand for A24 films grew by more than 100 points. This is due to several integral films in addition to Marcel and Everything Everywhere All at Once, including Men, The Green Knight, Zola, Red Rocket, The Tragedy of Macbeth and X.

Despite A24’s continued success, other independent films aren’t necessarily seeing the same amount of critical and box office love. It’s a fascinating case study in brand recognition beyond the big franchise fanfare films that typically dominate the box office, like Marvel and DC films. A24 has managed to build a dedicated fan base of cinephiles who act like moths to a flame whenever the A24 logo flashes across the screen in the same way that many television audiences may buy into an HBO series sight unseen simply because it’s a title under the HBO banner, such as A24’s own Euphoria. Speaking of HBO, its streaming service, HBO Max, will soon also be the destination of more than two dozen (with more to be added) A24 films.

A24 has become a core example of how a smaller, non-IP focused player in the industry can carve out space for the type of films that much of Hollywood didn’t think could work in theaters anymore. Marcel is a perfect example of this. The film managed to hit 18 times the average demand of all films in the U.S. within its limited release, putting it into the outstanding category, which only 2.7% of films reach. 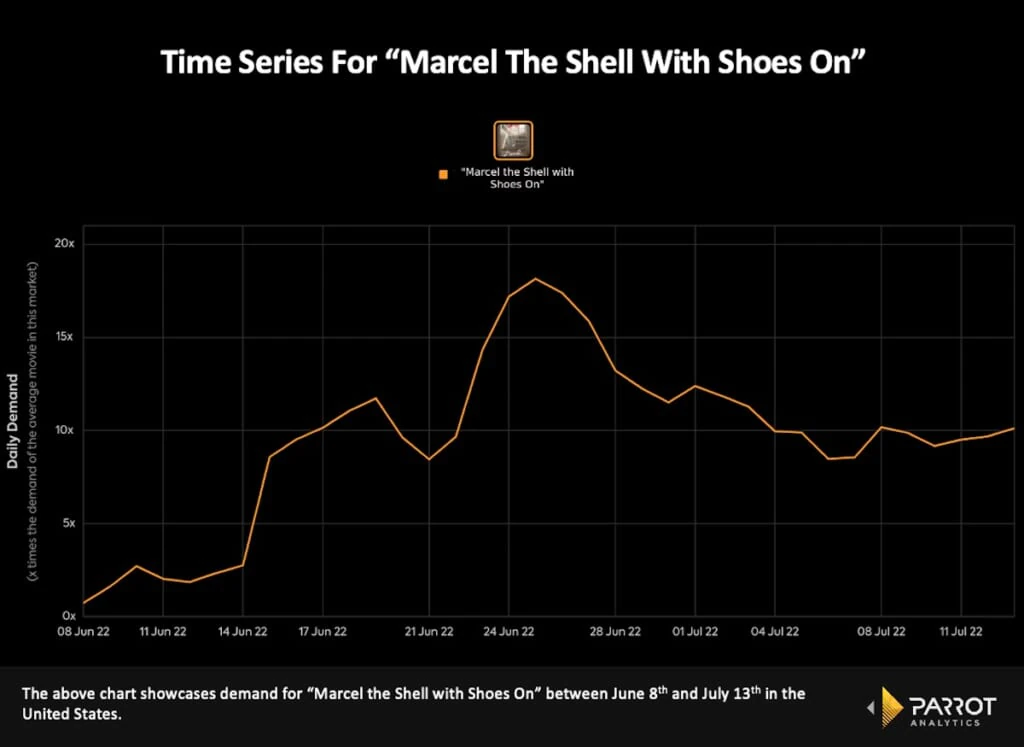 Although there was a small decline in demand following its peak, that demand is expected to pick up as it moves into a wider global release. It’s also the type of movie that may find a stronger audience once available on streaming, which is key to expanding the total audience for A24 films.

The number of A24 films being released — both theatrically and on streaming — isn’t slowing down and neither is the demand for these films. Not every title released under the “cool kid” indie banner is going to see the level of global success that Everything Everywhere All at Once did. But the fact that each new film generates another level of demand for the label, and continues to create a definitive branding for A24, provides a clear runway for A24 to continue its successful theatrical runs while increasing the audience base with each new title.