L.A. Lakers’ LeBron James is the most in-demand NBA player – Beating everyone in the finals

Right around this time every year, when there’s normally a lull in traditional television shows (this has changed in the era of streaming) and the summer blockbuster season is just kicking off, one of the most entertaining TV events is the NBA Finals. This year is no different.

The Golden State Warriors and the Boston Celtics are locked in a tense series and, as longtime fans and those with passive interest in the championship tune in, the demand for certain players taking center court are beginning to appear. Parrot Analytics’ Talent Demand tool, which tracks demand for any talent globally and regionally, including talent in sports and non-traditional entertainment industries, found that of the Top 10 NBA talents, half of the talent within the Top 10 over the last 30 days were players and coaches in the final. 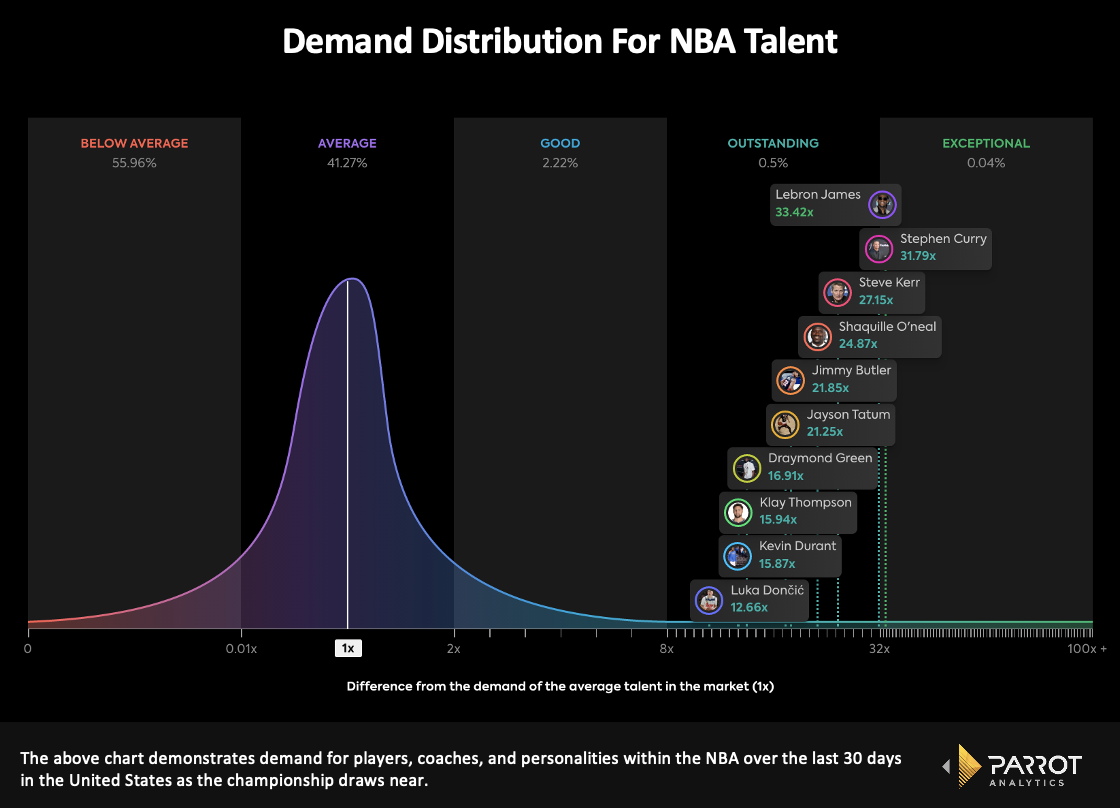 The Warriors are also the favored team to win the NBA Finals, a feeling that fans of the Bay Area team will remember from the lineup’s countless wins a few years ago when the competition was mostly between the Warriors and the Cleveland Cavaliers — back when LeBron James was still on the team.

Speaking of — it should come as no surprise that LeBron James is the most in-demand NBA star over the last 30 days, even though the Los Angeles Lakers aren’t in the championship finals. LeBron is a superstar inside and outside of the league. Similar to Michael Jordan or Shaquille O’Neal (who’s also listed on the Top 10 rank). Between stories about LeBron wanting to start an NBA league in Las Vegas, his ongoing appearances in films, and his commentary about the sport that made him an icon, it’s no surprise that LeBron is still one of the most in-demand players even without championship time this season.

It’s not just superstars like LeBron and the Warriors on the list, though. Celtics fans will be happy to see Jayson Tatum — a star player for the team — on the Top 10 list. It’s interesting to see, however, that only one Boston player is represented compared to 40% of the list dominated by Golden State Warriors talent. This may have to do with the powerful lineup the Warriors have kept for the last few years, giving fans a more intimate connection to the lineup. 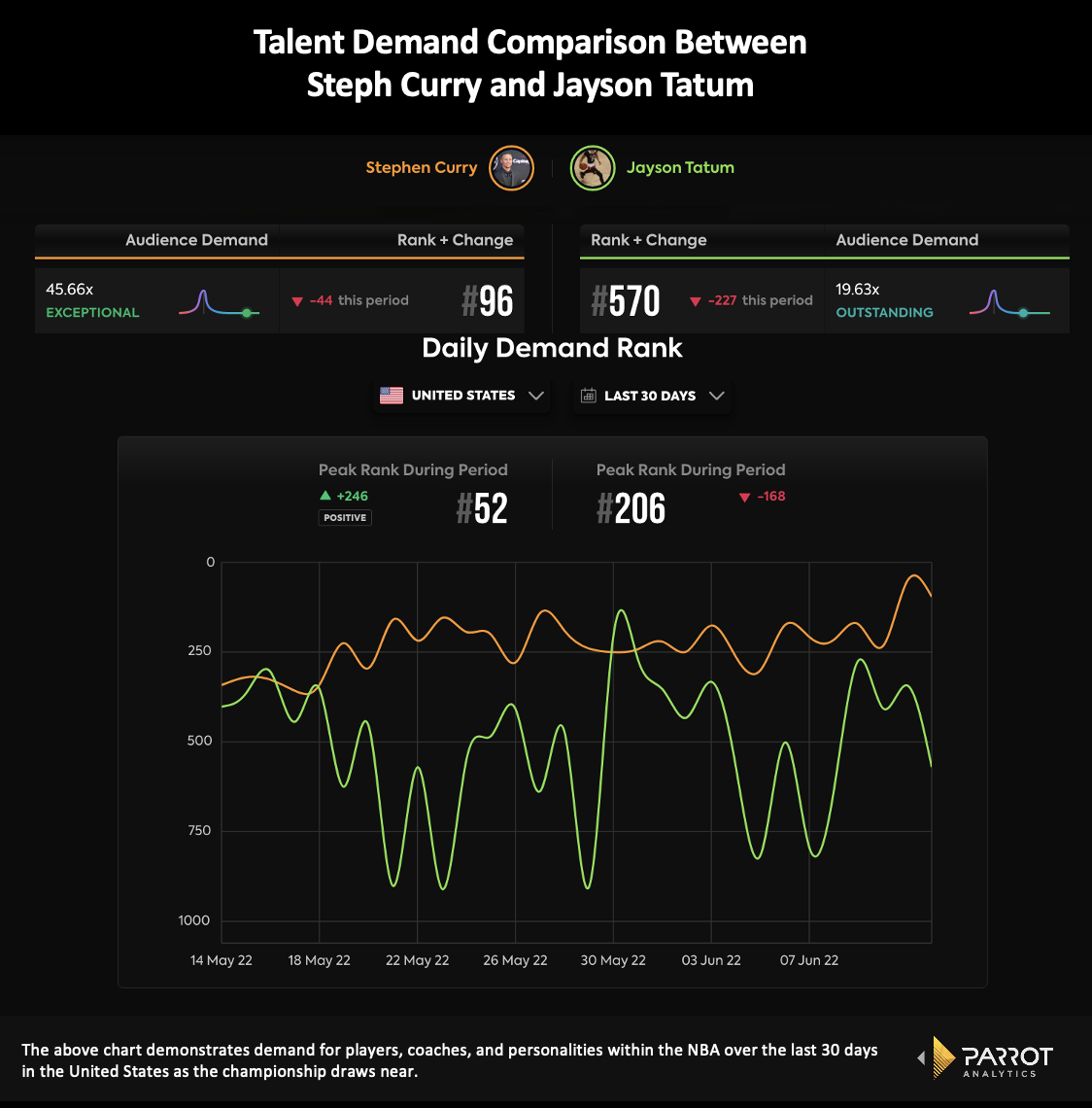 When comparing the Warriors’ most prolific player, Steph Curry, to the Celtics’ most prominent player, Jayson Tatum, the difference in demand over the last 30 days is clear While Curry has a more consistent demand, Tatum’s ebbs and flows with the playoff series. This is important to know for advertisers and brands looking to partner with talent. Curry is a more a consistent bet, but the peaks for Tatum allows for more strategic, regionally marketing.

As for the other names on the list — Jimmy Butler, Kevin Durant, and Luka Donćïć — this speaks to the continued demand for some of the most notable, controversial, and expressive players in the league. Butler and Durant, for example, have provided a ton of commentary on the NBA finals and other issues from their various platforms, including Twitter, that have built up an additional fanbase around them.

What’s evident by looking at the data, however, is demand for the NBA and its various stars isn’t depleting. As the championship game approaches, it’ll be interesting to see where the final demand metrics for these players ends up.