Disney+ edges out HBO Max for Q1’s most in-demand premiere.

The unstoppable Marvel Studios continued to dominate in the first fiscal quarter of 2022, with Moon Knight coming in at the most in-demand premiere in the US. Moon Knight scored in the exceptional category with 33.4x the average demand of all other series in the United States during its first 30 days. It’s especially impressive considering that Moon Knight had one of the later premieres.

Still, it was HBO Max that scored two-thirds of the top three premieres in Q1, with Peacemaker and Our Flag Means Death boasting 30.8x and 29x the average demand of all other series in the US, respectively. The data informs that Moon Knight and Peacemaker were instantly popular, but Our Flag Means Death gradually grew in demand over its first month. The Taika Waititi and Rhys Darby-starring show has maintained that demand since ending on March 24th. 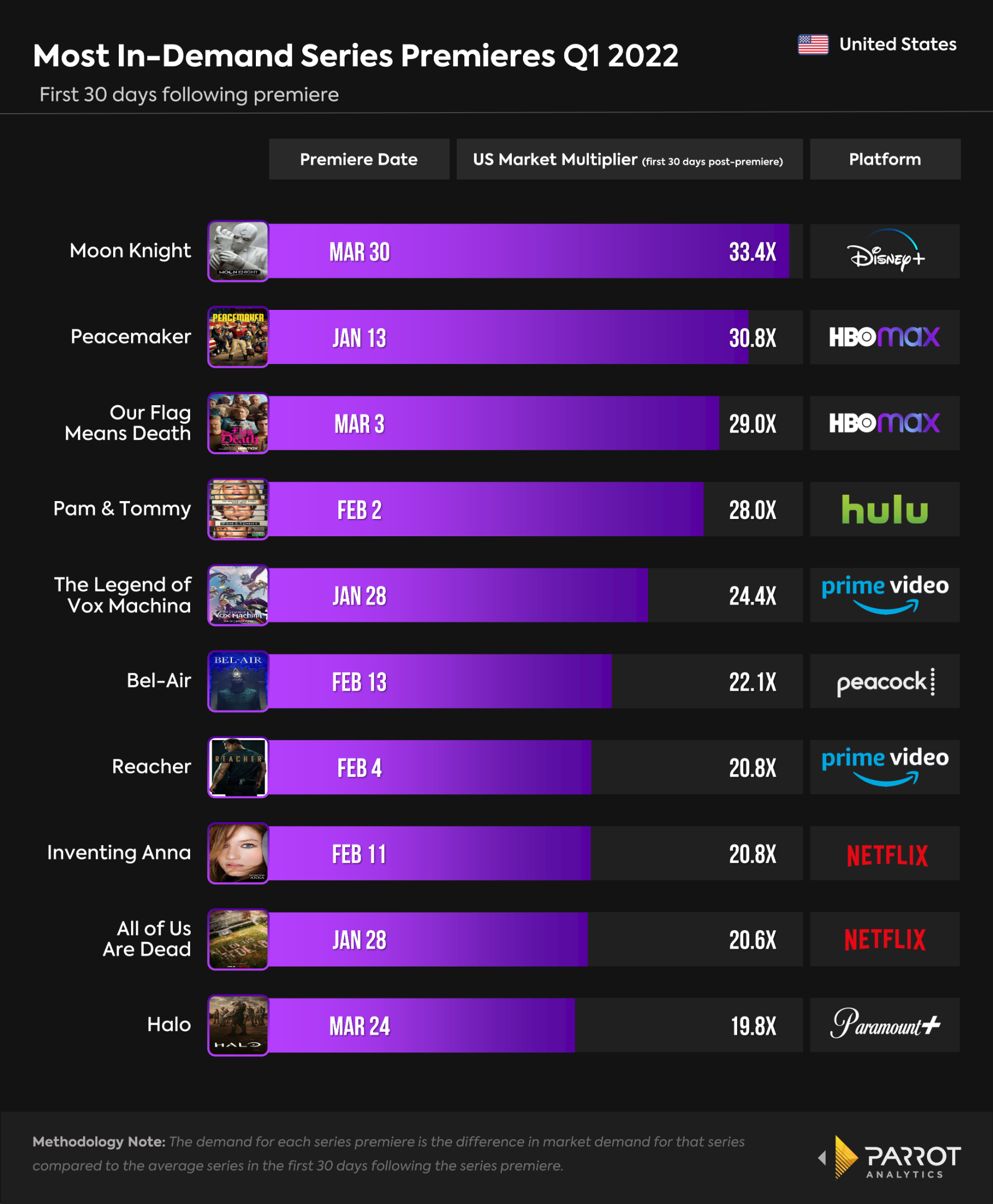 Our Flag Means Death has maintained stronger demand post-season than Peacemaker and Moon Knight, but the series found its audience via strong word of mouth, especially within the LGBTQ+ community. Peacemaker and Moon Knight, both driven by strong IP (DC Comics and Marvel respectively), started out with very strong audiences and maintained strong demand, but didn’t reach the same level of consistency that Our Flag Means Death saw. 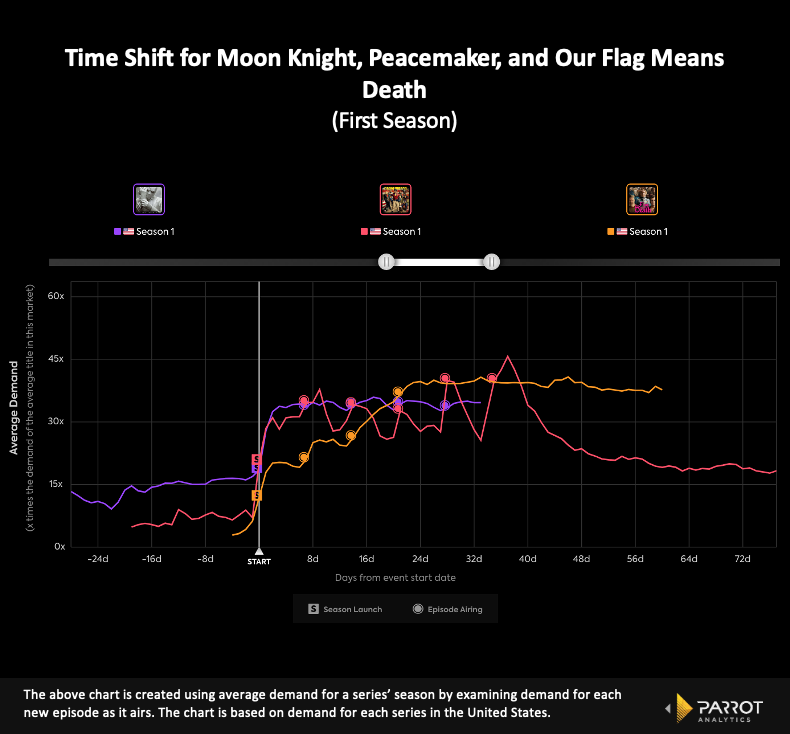 Also sitting within the Top 10 is Peacock’s Bel-Air, one of its most in-demand original series, and a top contributor to subscriber growth this most recent quarter, according to parent company Comcast. The drama, which is a reimagining of the classic Will Smith sitcom The Fresh Prince of Bel-Air, is the type of high customer acquisition series that Peacock needs as it scales its platform.

Netflix also has two series on the Top 10 list — Shonda Rhimes’ Inventing Anna and the South Korean thriller All of Us Are Dead — but that number is down compared to recent quarters. As competition increases and subscriber attention is taken up by other series, Netflix is finding a more difficult landscape to compete in. Finding international originals that can land with global audiences, like All of Us Are Dead, and finding series that can create a cultural zeitgeist moment, like Inventing Anna, becomes even more crucial.

Rounding out the Top 10 is Paramount+’s big franchise addition, Halo. Based on the best selling video game of the same name, Halo’s strong performance reiterates the importance of owning and exclusively housing top IP from across games, comics, and books. Halo can become a top subscriber acquisition title, which like NBCUniversal’s Peacock, is something Paramount+ needs to compete against giants like Netflix, Disney+, and HBO Max.