Apple TV+’s growth streak is back on track

The share of demand for original content from Apple TV+ rose in Q2 this year, after a dip in its share in the first quarter of the year.  In Q2 2022, 7.0% of demand for streaming originals in the US was for an Apple TV+ series.  This comes close to the peak share it achieved in Q4 2021 (7.1%) and shows that, despite a minor stumble at the beginning of the year, Apple TV+ is back on track to making gains in the streaming world. 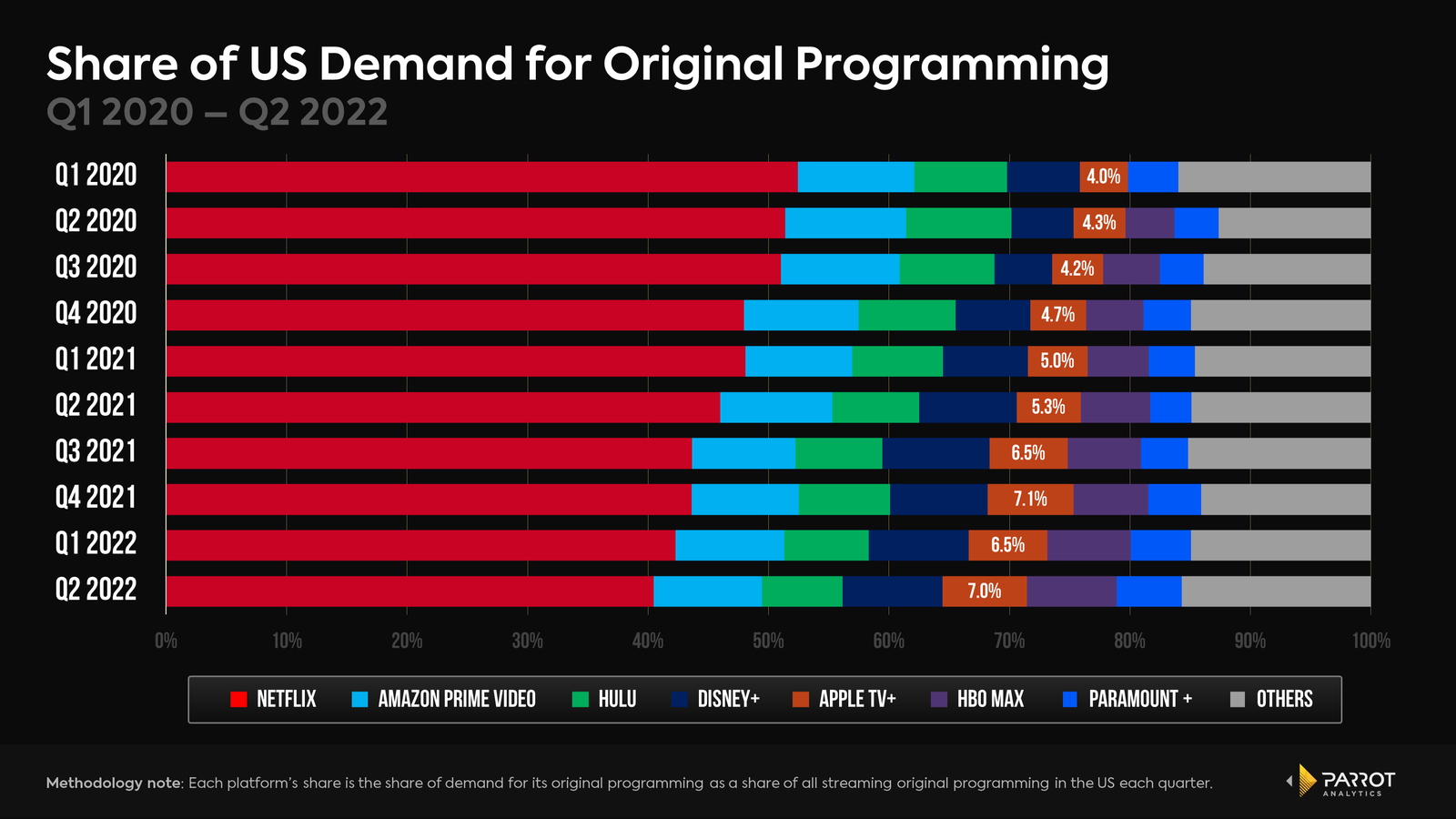 Measuring demand for original content is especially relevant for Apple TV+, a streamer that has put all its chips on its platform originals.  A look at the most in-demand series on the platform last month paints a picture of which bets are paying off for Apple TV+ and drawing audiences in.

In previous months Apple’s staple hit Ted Lasso has had a level of demand well above other Apple TV+ originals.  This month however, For All Mankind just beat out Ted Lasso to be the most in-demand Apple original, with 24.03 times the average series demand.  Its third season premiered on June 10th has exceeded demand for previous seasons.  This show has managed to consistently grow its demand each season as it expands its audience. 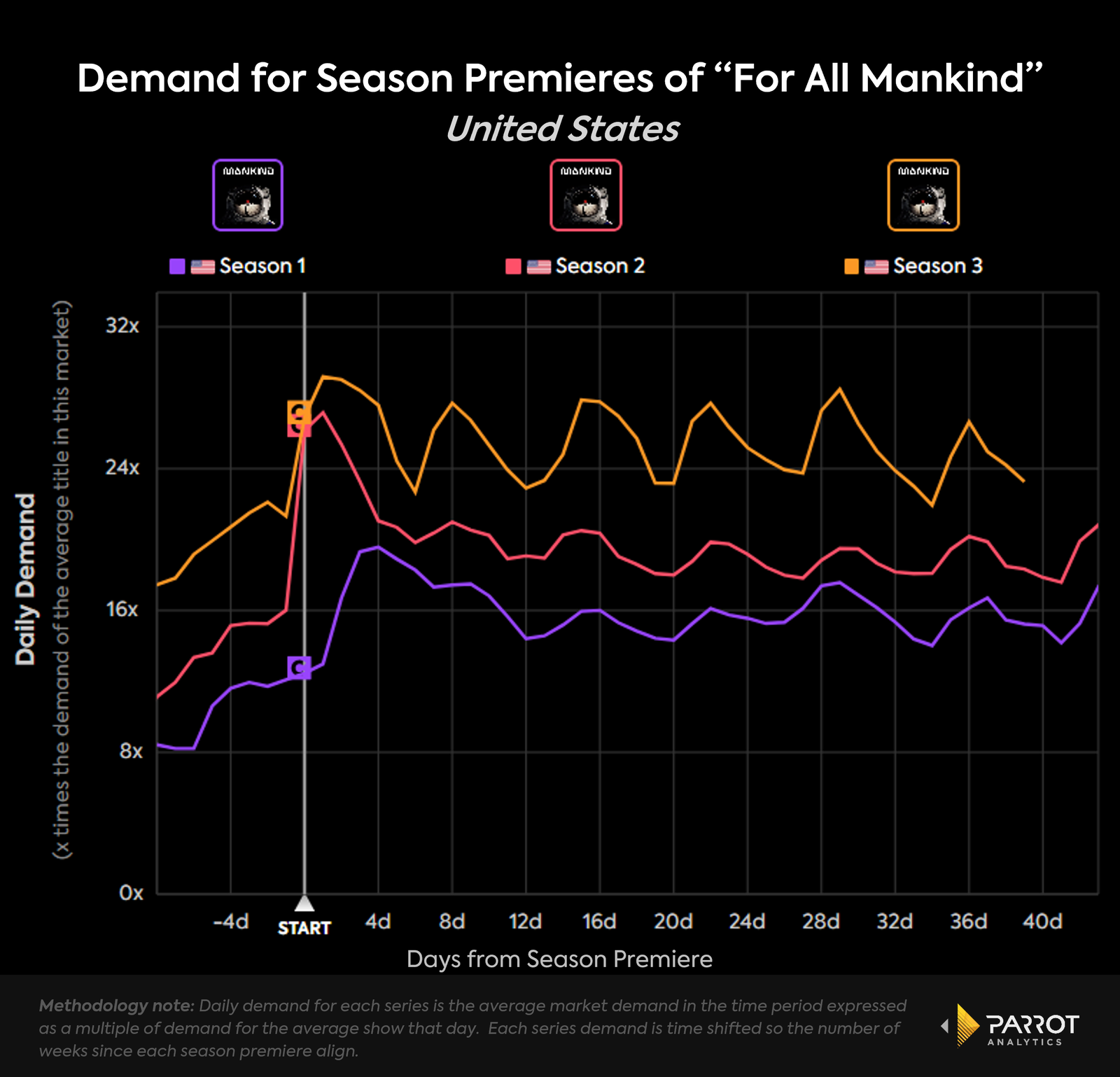 The other eight most in-demand shows on Apple TV+ all have similarly high demand, in the 10 - 15x range, speaking to Apple TV+’s well rounded slate of original content.  The platform has consistently put out quality content that attracts a solid level of demand rather than prioritizing a few mega-hits. 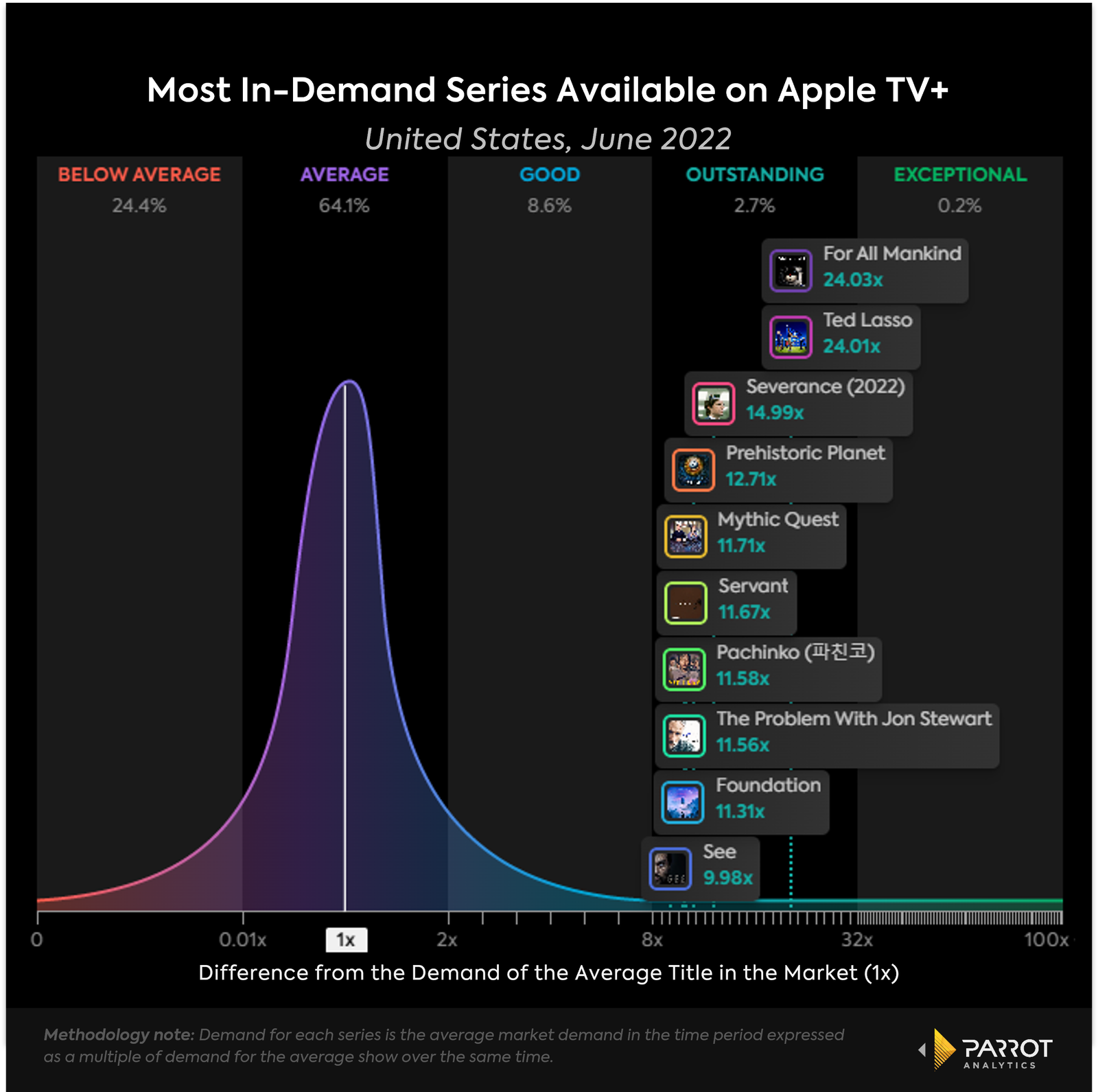 Severance ranked as the third most in-demand show on Apple TV+ in June.  Demand for the show has held up well since its season 1 finale on April 8th.  It has also seen renewed interest following its 14 Emmy nominations. Severance  looks set to be another show whose follow-up seasons will continue to grow demand for Apple TV+.

The other Apple series with the highest demand last month span multiple genres.  The most recent of these, Prehistoric Planet,  has ranked among the most in-demand new series in the US.  Demand for the show has also held up well past its finale on May 27th.