Most in-demand shows on Apple TV+

In March, the most in-demand show available on Apple TV+ was the streamer’s flagship hit, Ted Lasso, which had 24.56 times the average series demand for the month. The level of demand for this show puts it in a class of its own, ahead of other Apple TV+ series.  Considering that its latest season ended in October and the third season is not scheduled until later this year, the show is maintaining a relatively high baseline demand in the interim.  It helps that filming for the third season began in London March 6th so news and photos from the latest season have kept the show at the top of mind for fans. 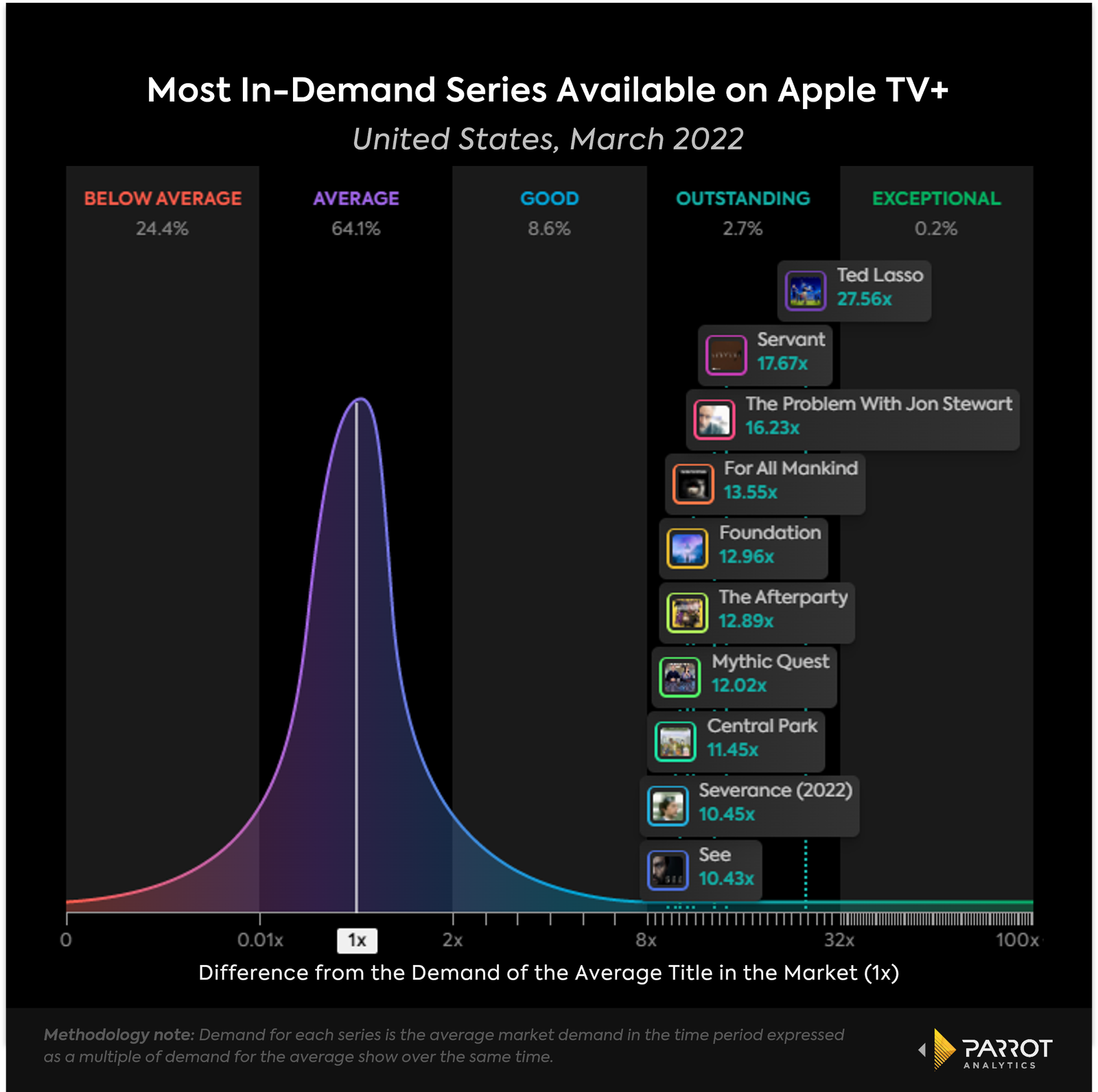 The third season of Servant concluded on March 25th and came close to surpassing the demand for Ted Lasso in its final week. This thriller has become one of the most popular shows from Apple TV+ since premiering in the first month the platform launched in November 2019. The show still has some mileage left in it after being renewed for a fourth and final season ahead of the latest season premiere.

Central Park returned for the second half of its second season at the beginning of the month and saw a spike in demand as fans returned to the show which last released new content in July.  The most recent series among these, Severance, saw a rise in demand at the end of the month as audiences began to fully discover this gem of a show in the lead up to its finale on April 8th. 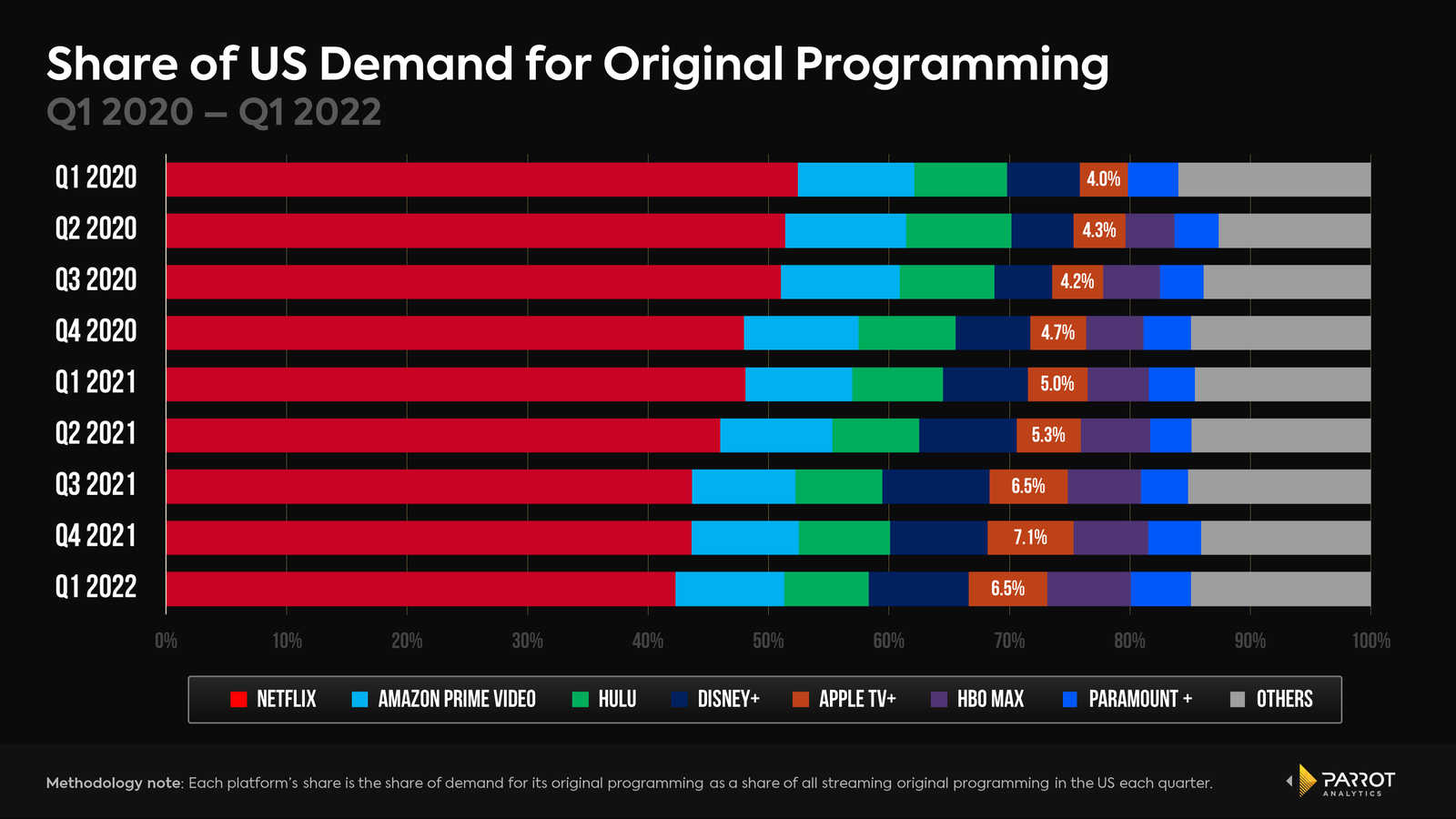 Taking a more macro view, the share of demand for original series from Apple TV+ shrank in Q1 2022. This was the first quarter the platform saw a decline in its share in more than a year and was mainly driven by surging demand for original series from HBO Max and Paramount+.  Luckily Apple will be able to easily shrug off this quarter’s hiccup.  The success of their original movie, CODA, which won Best Picture at the Oscars, should have provided plenty of incentive for people to subscribe to the service, even if this was a slow quarter for its original series.  Also, in addition to Severance picking up demand at the end of March, a number of other Apple TV+ originals have ranked among the most in demand new series recently (Pachinko, WeCrashed) so Q2 is already shaping up to be a strong quarter for the platform.