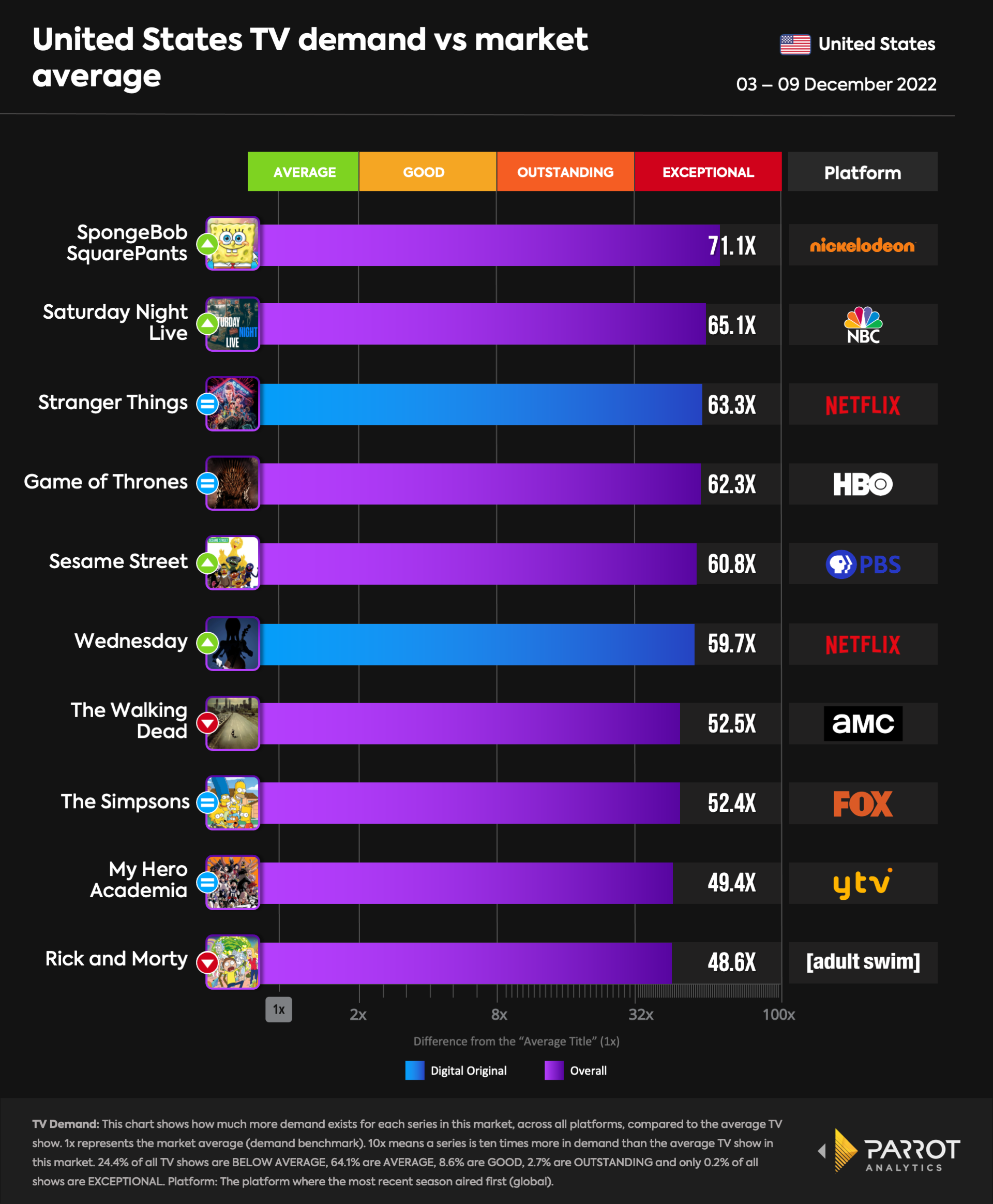 For the week of 03 - 09 December, Spongebob Squarepants was back up at the top of the overall rankings with 71.1 times the average series demand. The show took the top spot as a result of demand for other series declining considerably while its own demand rose as well, although by a minor 3%.

Saturday Night Live had a 19% increase in demand and rose up to second place in the rankings this week. The spike in demand for the show came mainly in the lead-up to this Saturday’s episode, which saw some of the Only Murders in the Building cast (Martin Short and Steve Martin) join the series for some hilarious skits. Given that Selena Gomez also made a surprise appearance on the episode, it’s quite likely we might see another increase in demand for the show next week as more data comes in and fans catch up to the episode.

Last week the industry learned about Bob McGrath’s passing at the age of 90. The beloved actor was one of Sesame Street’s original founding cast members and worked for 47 seasons of the series. The news led to Sesame Street seeing a 20% increase in demand, likely boosted up as a result of viewers tuning in to watch some of his more iconic episodes which aired when they were growing up. 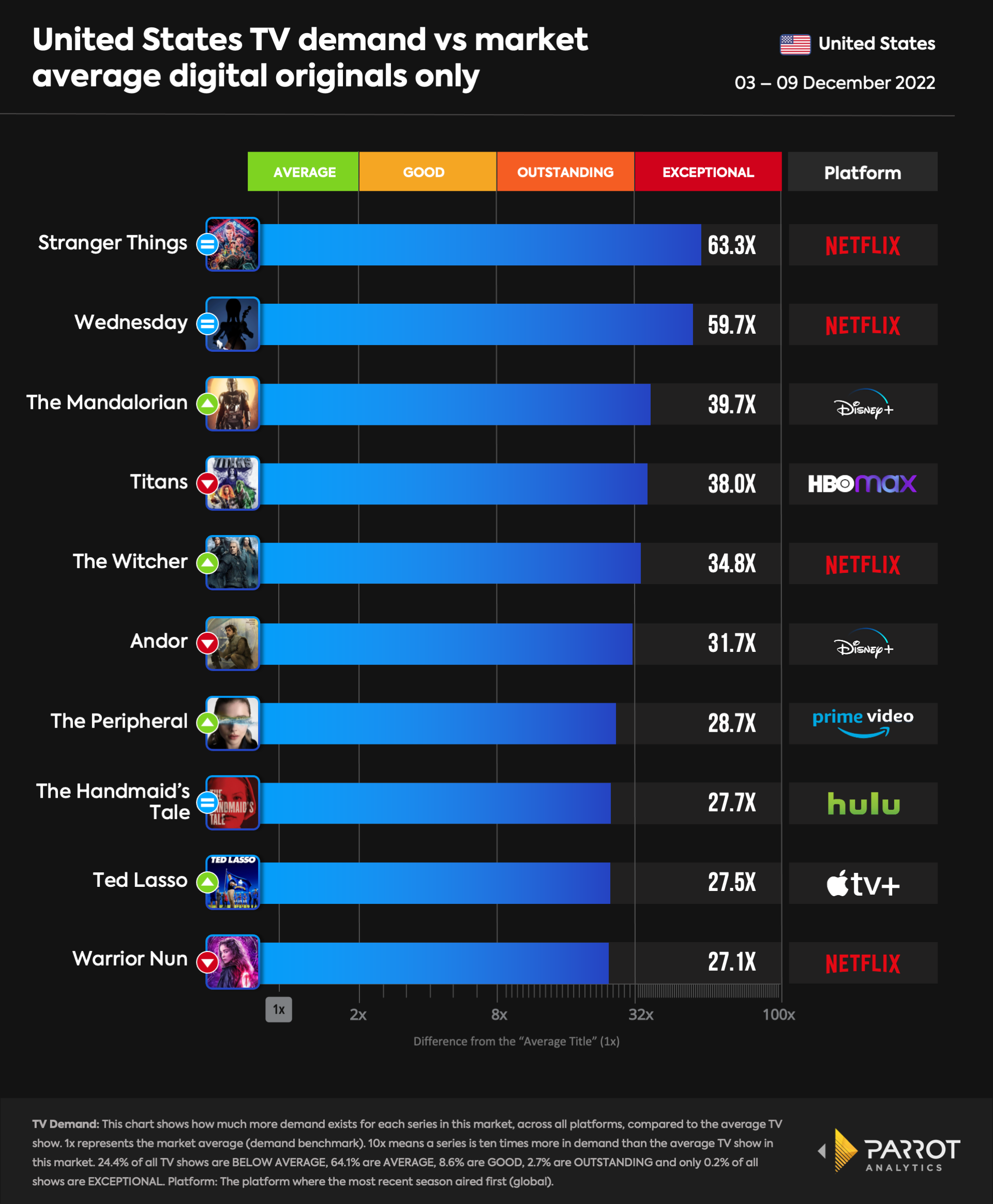 Among streaming originals this week, we see Netflix’s Wednesday absolutely dominating audience attention for a second week in a row. While Stranger Things remained at the top with 63.3. times the average series demand, Wednesday wasn’t far behind and had 59.7 times the average series demand, an impressive 42% increase in its second week post-release. Jenna Ortega's performance playing the titular character has also gone viral online, with fans re-creating her dance in the show which was choreographed by the actress herself.

Another Netflix series, The Witcher, also had a 12% increase in demand and moved up the rankings to take fifth place on the chart. The spike in demand can likely be attributed to the show’s prequel series The Witcher: Blood Origin’s reviews coming in this week, which have been largely positive so far. As is usually the case, in the lead up to a prequel/sequel release, demand for the original show tends to increase; the same can be said for The Witcher this week, as it became 34.8 times more in demand than the average series. The prequel is set to air on December 25, and given the anticipation surrounding it, the series will likely have a successful first week run.

Rounding out the streaming originals rankings this week, we see Apple TV+’s Ted Lasso back in the rankings in ninth place, followed by Netflix’s Warrior Nun in tenth place. Ted Lasso’s comeback isn’t due to an increase in demand for the show (in fact it had a 2% decrease), but the result of demand for several other shows dropping considerably. Meanwhile it looks as though Warrior Nun is set to slide off the rankings over the next few weeks as it had 27.1 times the average series demand, a further 6% decrease from last week.