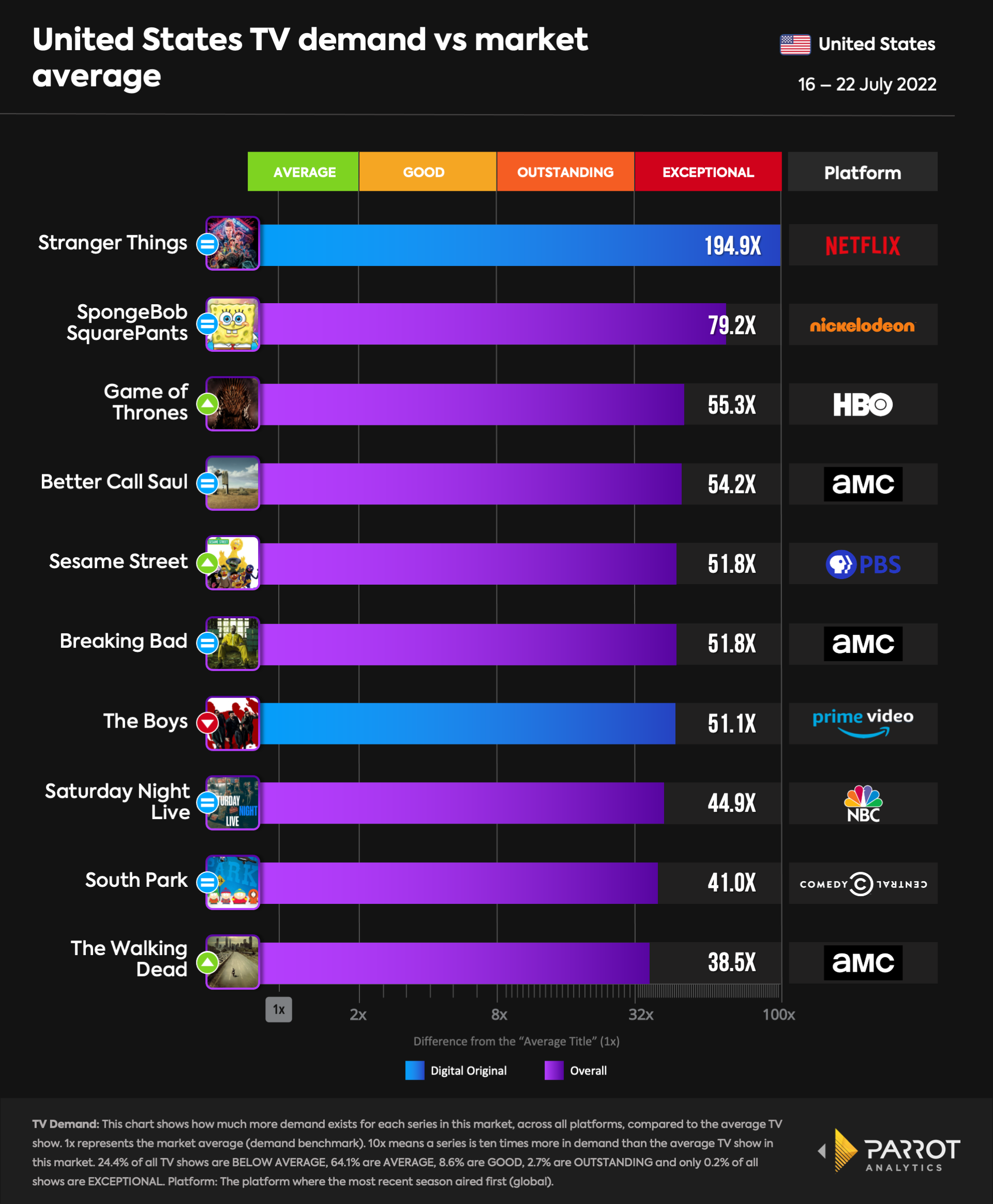 This week July 16 - 22, Stranger Things remained at the top of the rankings for the eighth consecutive week despite a 21% decline in demand. The sci-fi series has hit its highest peak demand levels yet with the release of the new season and even after the drop in demand, as of this week, it had 194.9 times the average series demand in the U.S.

PBS’s Sesame Street saw a 15% spike in demand this week, due to a racial controversy last week involving a muppet at the Sesame Street Theme Park. As a result of the backlash, the show has vowed to conduct bias training to ensure the incident doesn’t occur again. The Walking Dead also saw a 6% spike in demand after a trailer for the final season dropped a few days ago. As a result, the show climbed up to tenth place this week, with 38.5 times the average series demand. 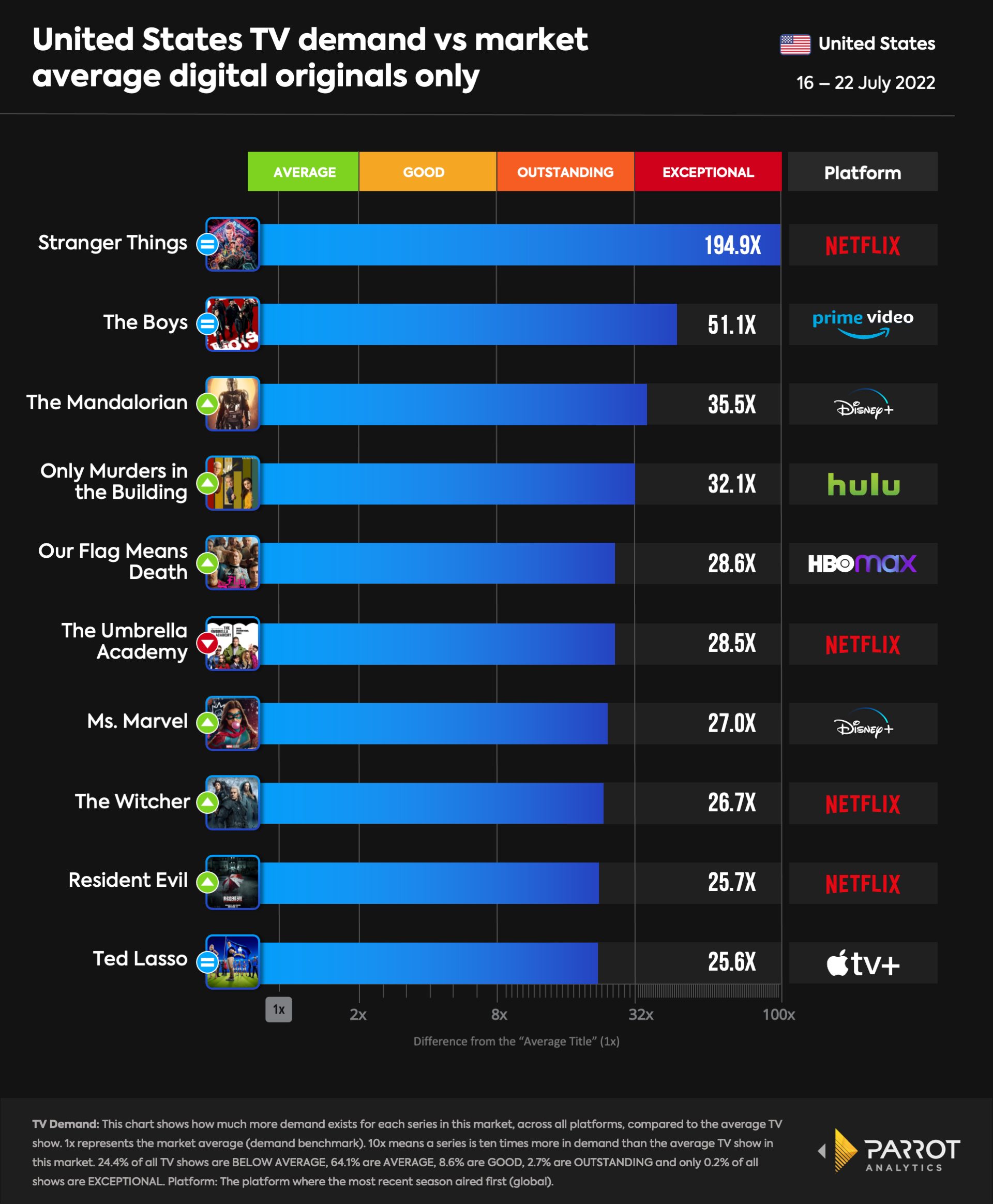 Among the streaming originals rankings this week, both Stranger Things and Prime Video’s The Boys saw a double digit decline in demand, while still holding on to their positions at the top of the chart. Meanwhile, The Mandalorian took third place in the rankings with 35.5 times the average series demand.

In ninth place this week we see Netflix’s latest foray into the gaming adaptation genre, Resident Evil join the top rankings after a 255% increase in demand propelled the series up the chart. The long awaited series released on July 14 to mixed reviews, but that has clearly not deterred fans of the franchise from tuning in to check out the show. It remains to be seen if demand for Resident Evil will continue to grow over the next few weeks, or drop off in light of other releases. As of this week, the show had 25.7 times the average series demand in the U.S.