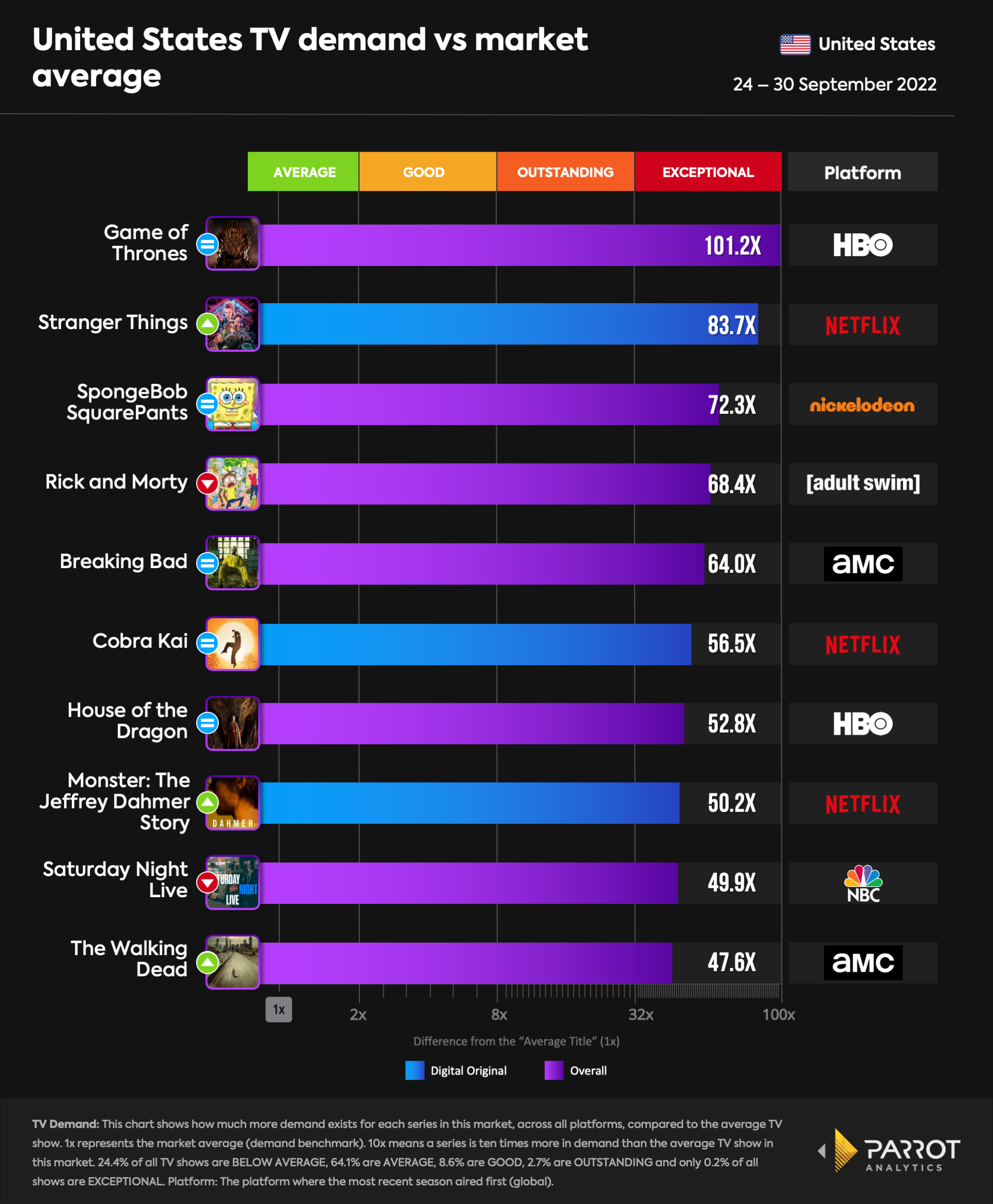 For the week of September 24 - 30, Game of Thrones remained at the top of the most in-demand shows rankings in the US for yet another week. The series had a slight 3% decline in demand but still managed to remain 101 times more in demand than the average series. As mentioned last week, demand for the original Game of Thrones continues to be driven by its prequel, House of the Dragon, which is releasing episodes weekly on HBO.  House of the Dragon also held onto its rank in the top ten shows in the US this week with 52.8 times the average series demand.

Rounding out the top 10’s this week we see NBC’s Saturday Night Live in ninth place, followed by AMC’s The Walking Dead in tenth place. The post-apocalyptic horror series premiered its final season on October 02, which explains the pre-release 8% spike in demand that was observed this week. These type of spikes in demand are usually the result of fans recapping the last few episodes ahead of the new releases. 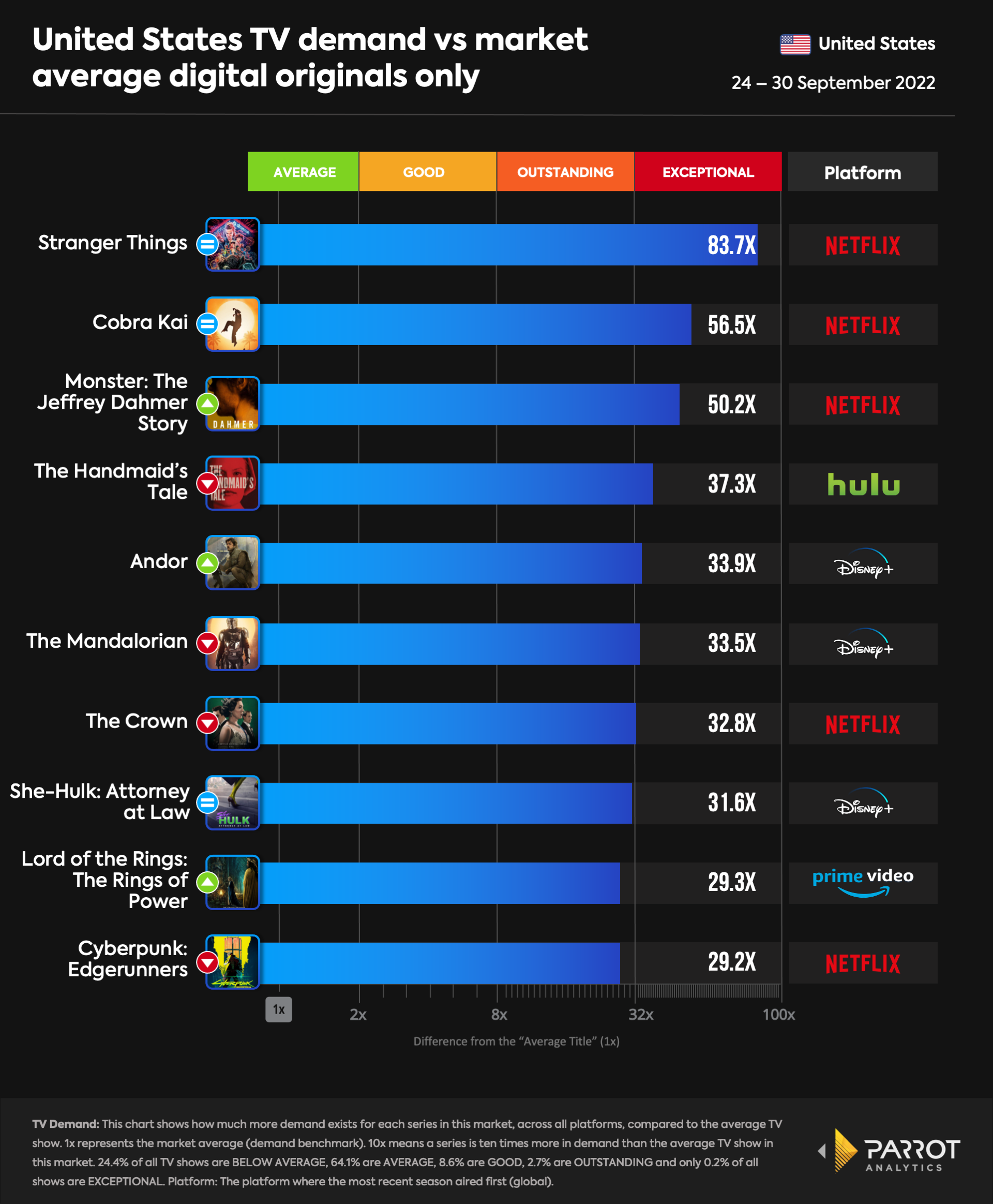 Among streaming originals this week, three shows saw a double digit surge in demand. In first place we see Stranger Things at the top of the rankings for yet another week with a 12% increase in demand. The increased interest in the series came after the cast was present at the recent Netflix Tudum event, where Netflix also announced that the Stranger Things game is set to move exclusively to the platform at the end of the year.

Another Netflix series, Monster: The Jeffrey Dahmer Story, saw a 33% increase in demand which led to the show climbing up the rankings to grab third place this week. The latest true crime show from the streamer has been at the center of some strong reactions and criticism from families of Dahmer victims. The controversies seem to have only benefited Netflix further despite ethical concerns, with the streamer revealing that the show had record viewership numbers.

Demand for Disney+’s Andor rose by 25% this week after its fourth episode premiered on September 28. The latest Star Wars live-action series has so far gathered a lot of interest among fans for its darker undertones. The surge in demand for the series this week brought it into the rankings in fifth place, with 33.9 times the average series demand. Demand for The Rings of Power also rose by 7% this week after its sixth episode premiered on September 30. It is quite likely that the series will continue climbing up the rankings as it edges closer to its finale on October 14.