Image: Only Murders in The Building, Hulu 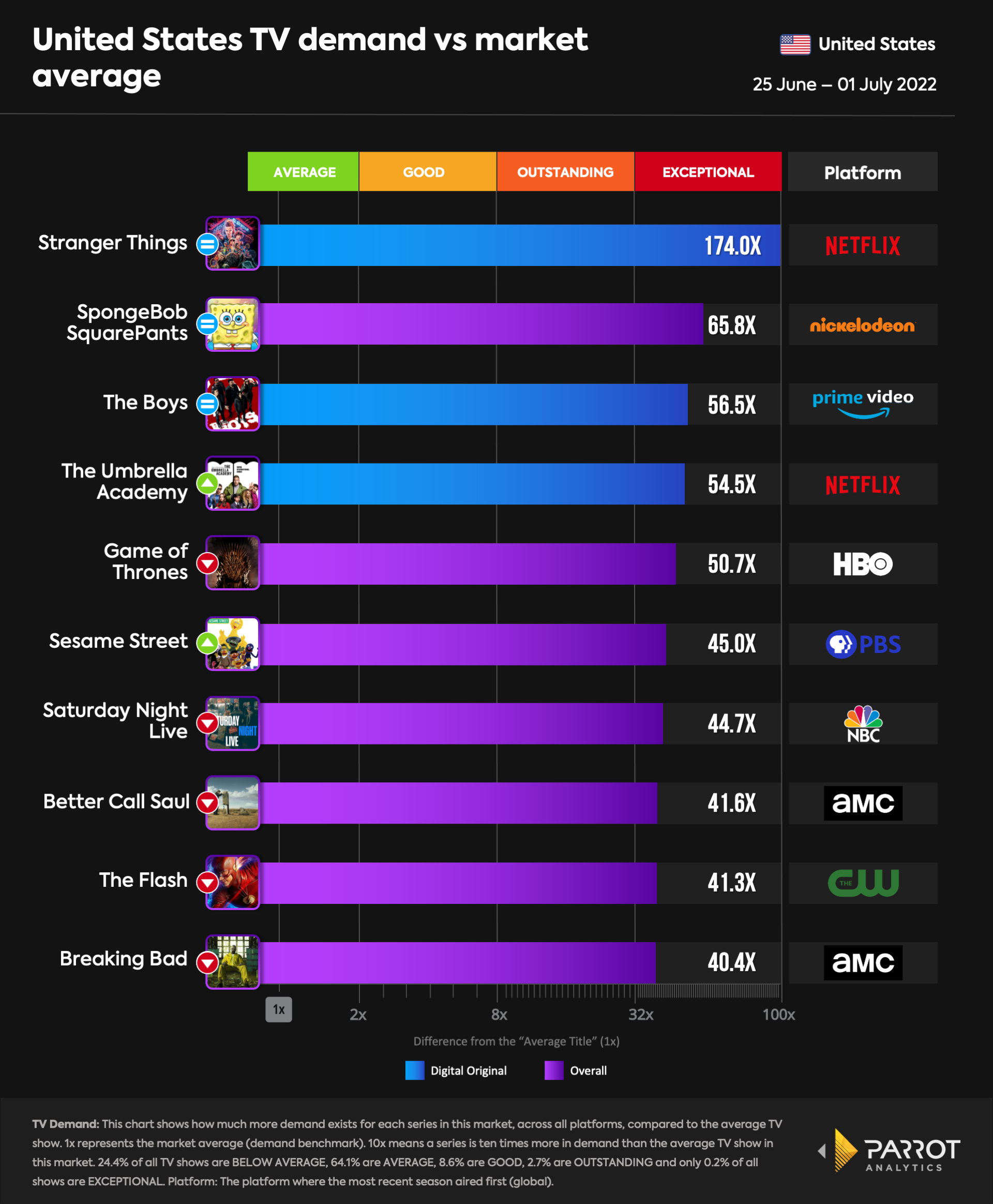 This week June 25 – July 01, Stranger Things  remained at the top of the streaming charts for the fifth consecutive week despite seeing an 8% decrease in demand. Given the fact that its fourth season finale just aired on July 01, it is quite likely that we will continue seeing Stranger Things at the top of the U.S. and global rankings for a few weeks more. As for this week, the sci-fi series had 174 times the average series demand in the U.S.

Spongebob Squarepants also held on to its position in second place with 65.8 times the average series demand, a 9% decline from last week. After the increase in demand came in last week for Game of Thrones, it slid to fifth place in the rankings this week with a slight decline. It is likely that demand for Game of Thrones will continue fluctuating over the next few weeks as we head closer to the premiere date of its prequel series- House of The Dragon, which is set to air on will air on August 21. This is because viewers usually tune in to watch the original series for a recap before watching prequels or spin-offs; this was also observed when audience demand for Breaking Bad surged as Better Call Saul returned to screens.

Sesame Street saw a 7% increase in demand this week, an uptick that began around June 20, when a 1976 “banned” episode from the show was posted to social media sites like YouTube and Reddit. The episode in question, starring Margaret Hamilton, had allegedly been removed from the syndicate for being too frightening. It has since been all over the internet, and piqued interest among viewers, leading to Sesame Street taking sixth place in the rankings with 45 times the average series demand in the U.S. for the week. 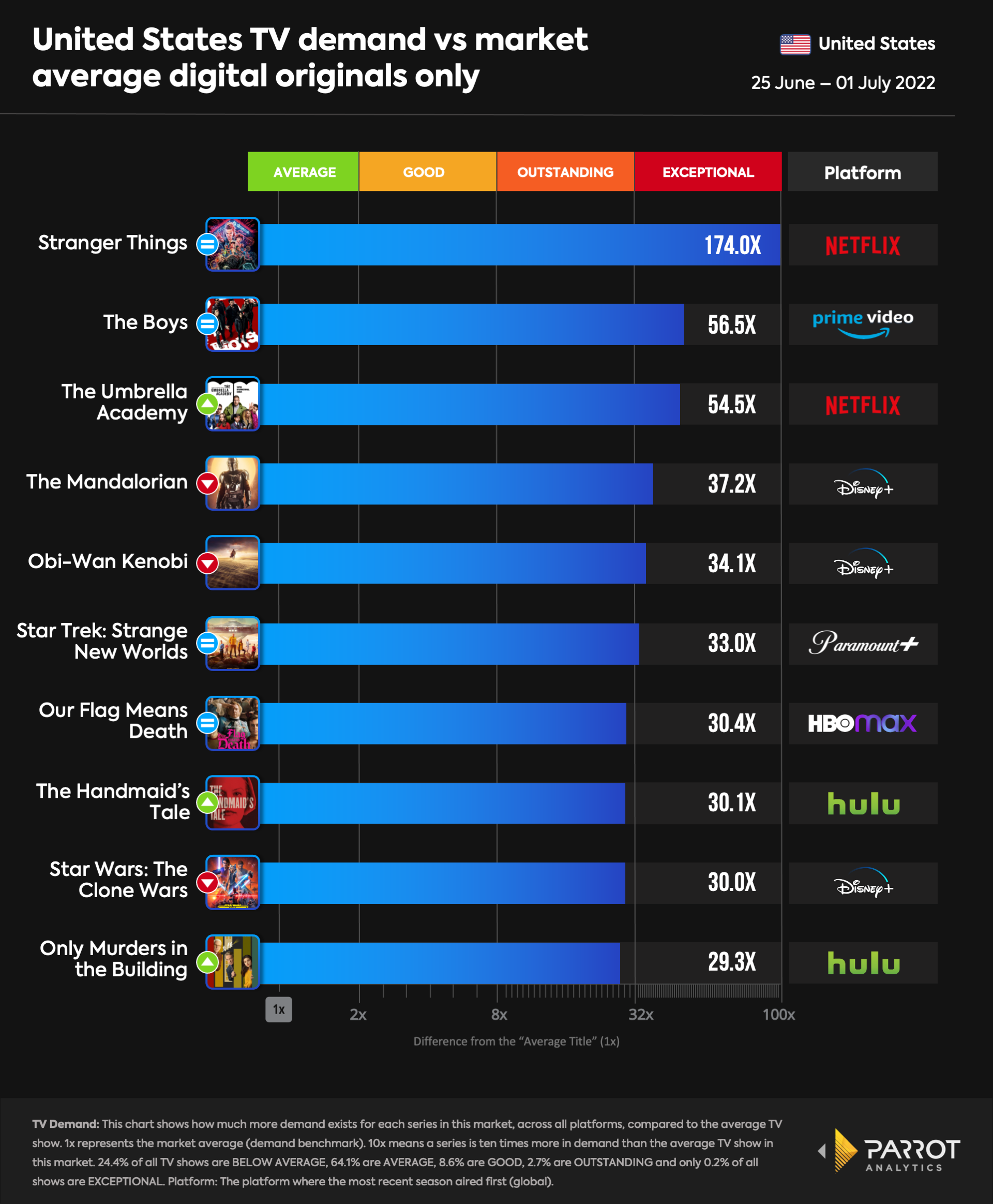 Amazon Prime Video’s The Boys maintained its position in second place with 56.5 times the average series demand, a minor decline in demand from last week. As predicted last week, Netflix’s The Umbrella Academy saw a further 53% increase in demand, propelling it up to third place on the chart with 54.5 times the average series demand as fans began catching up to the latest season.

There were two more shows that saw a decent increase in demand this week. The Handmaid’s Tale had a 32% increase in demand; it was observed that demand for the show began spiking as the Roe v. Wade debate raged on in the United States. The show and the book it is based on, have been a central topic among protestors fighting to protect reproductive rights for women. A week since the Supreme Court’s decision to eliminate the constitutional right to abortion, demand for the dystopian series has surged to its highest yet in this context – making it 30.1 times more in demand than the average series.

Rounding out the top ten original shows rankings this week, we see Only Murders in The Building back on the chart in tenth place with 29.3 times the average series demand, a 31% increase. The jump in demand comes after the show returned for a second season on June 28. The series is set to follow a weekly episodic release schedule, so we do expect to continue seeing it climb up the rankings over the next few weeks.