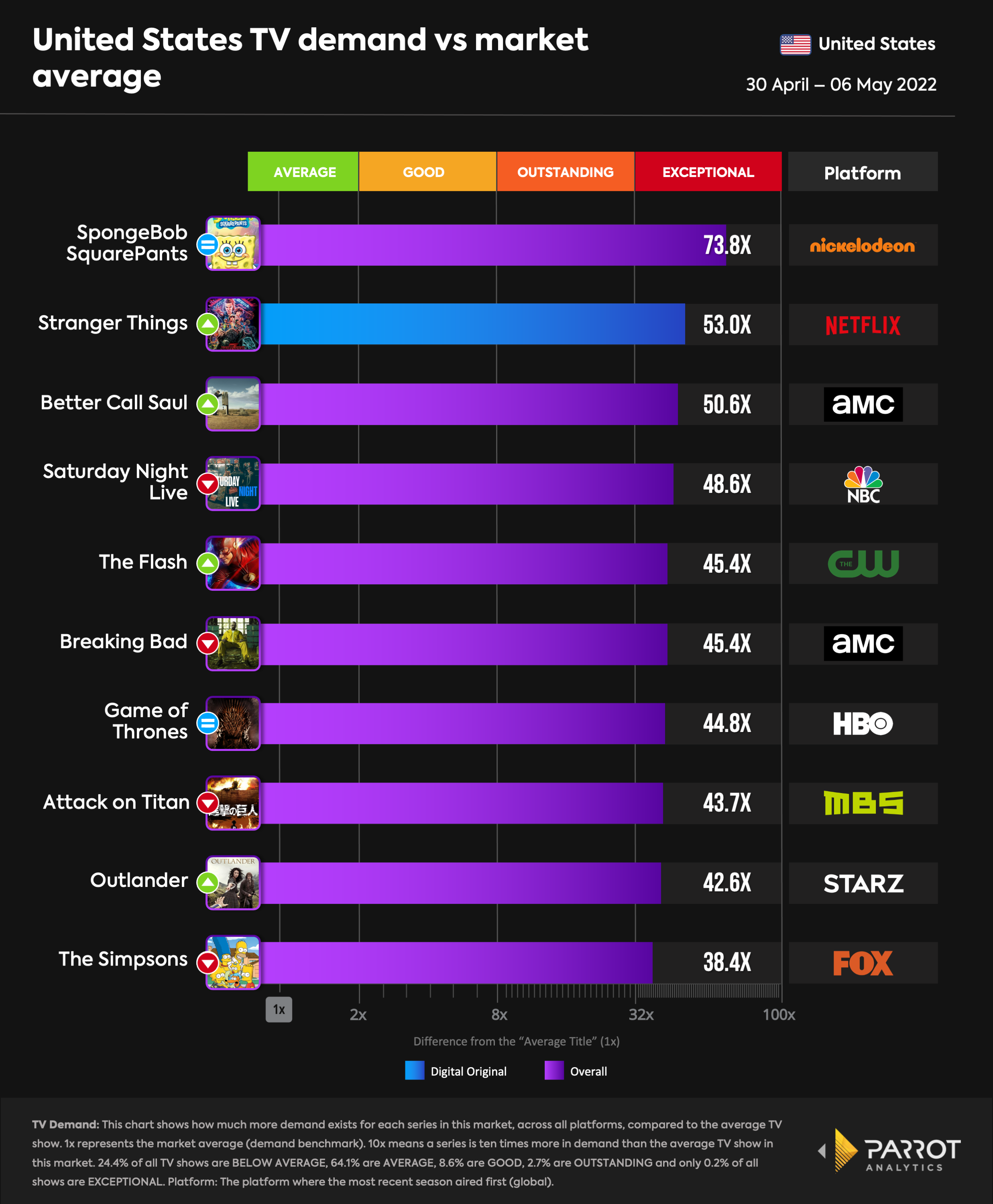 For the first time in a while, Saturday Night Live was pushed down to fourth place after a 10% decline in demand for the sketch comedy series. Better Call Saul took over third place in the rankings this week, with 50.6 times the average series demand. The CW’s The Flash made its way into the overall rankings this week after a 15% increase in demand which came after the announcement that there would be a huge surprise cameo in the season finale. The news led to The Flash taking the fifth spot on the charts this week with 45.4 times the average series demand.

HBO’s perennially popular series Game of Thrones saw a 4% increase in demand after a new trailer for the upcoming prequel series, House of the Dragon dropped three days ago. Shortly after, demand for Game of Thrones spiked as well, making it 44.8 times more in demand than the average series in the US for the week. Outlander also had a 5% increase in demand this week, after its sixth season concluded on May 01. The series has also been renewed for the seventh season, with filming already underway. 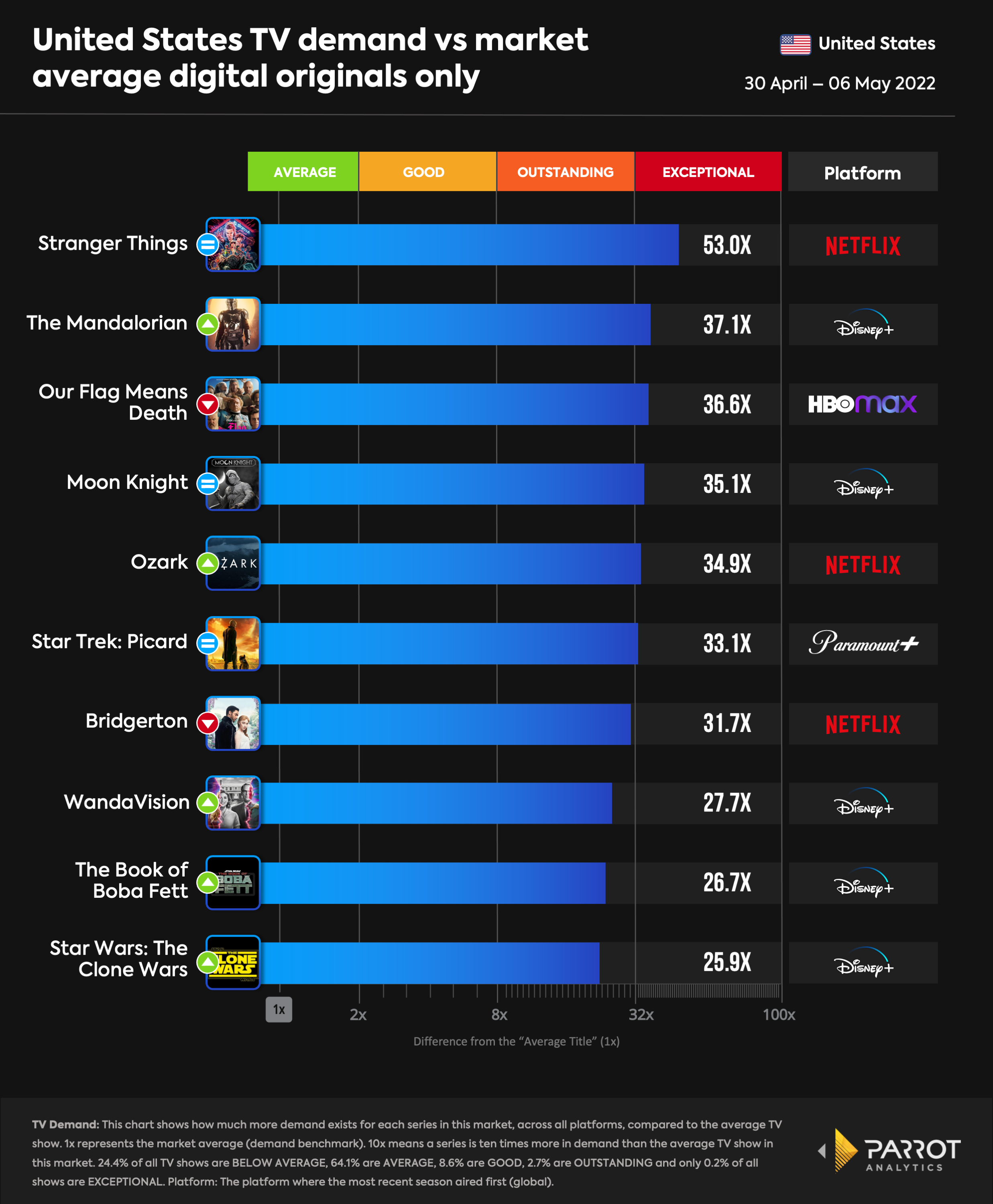 Stranger Things remained the most in-demand digital original this week, however the rest of the shows in the rankings saw quite some movement. Disney+ original shows have dominated the digital original rankings this week with five of the top ten shows coming from Disney.

WandaVision was another series which made an unexpected but not surprising entry into the rankings this week with a 20% increase in demand, becoming 27.7 times more in demand than the average series in the US. This surge in demand comes as a result of Marvel’s latest movie, Doctor Strange in the Multiverse of Madness premiering last week. The movie continues storylines that featured in other Marvel movies and shows, and WandaVision has been the main topic of conversation among fans after the Doctor Strange trailer showed the movie picking up where the series ended.