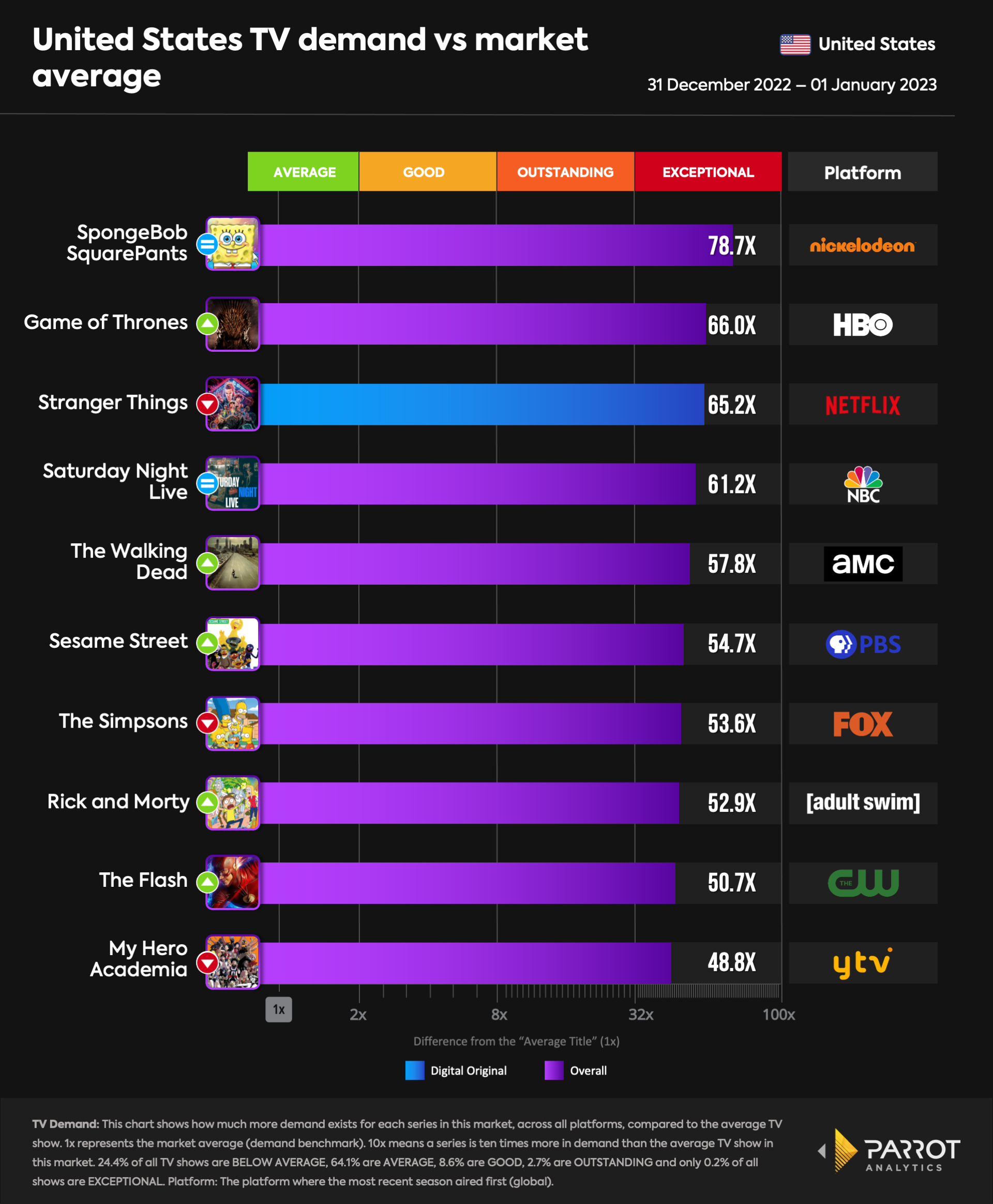 For the first week of 2023, SpongeBob SquarePants remained at the top of the overall rankings. The series had 78.7 times the average series demand, maintaining a wide lead over other shows on the chart. After seeing a holiday binge spike, while demand for many shows on the list was observed to be on a downward trend, there were a few outliers this week.

The Walking Dead had a 6% increase in demand and moved up the rankings to take fifth place on the chart with 57.8 times the average series demand. Since ending on November 22, the long running zombie apocalyptic series has seen a few spikes in demand intermittently as more audiences tuned in to watch the final season. This small uptick in demand can be attributed to the holidays and the fact that the new spin-off series is set to air on January 2023 on Netflix, which would make it likely that audiences watch the original show to refresh the story.

After a 15% drop in demand last week, Adult Swim’s Rick and Morty was back in demand as a 10% increase pushed it up to eighth place on the chart this week. The show ended its sixth season on December 11, so this increase too can be attributed to the holiday season and people having some extra time on hand to complete their series. In ninth place on the chart this week is new entrant The Flash, with 50.7 times the average series demand - a 25% increase from last week. The increase in demand for the series came after it was revealed that David Ramsey, Keiynan Lonsdale and Sendhil Ramamurthy would return to reprise their roles in the series for the 9th and final season. 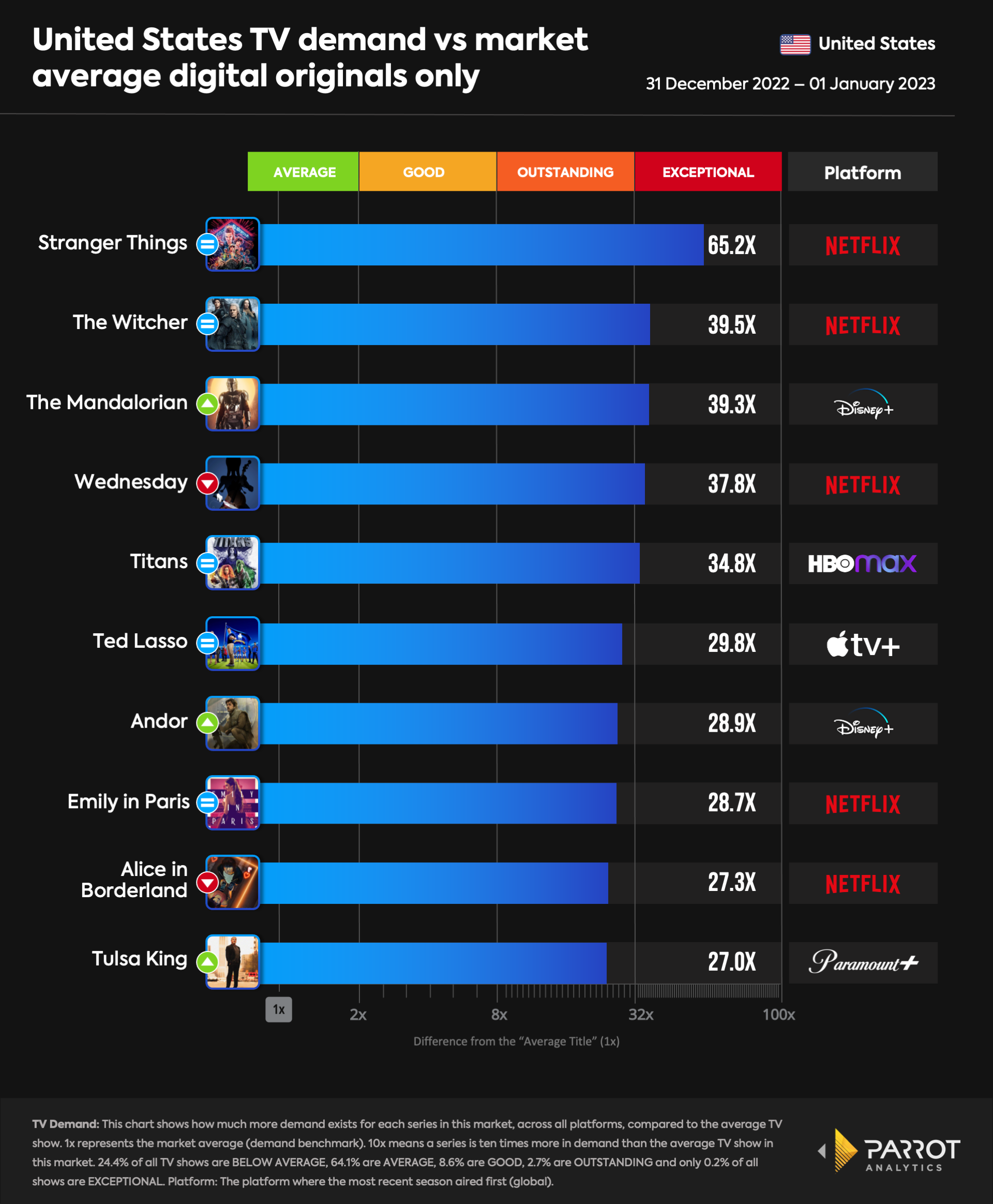 While Netflix’s holiday strategy seemed to have been working, this week neither Alice in Borderland nor Emily in Paris managed to hold onto audience attention for too long, with both seeing a decline in demand this week, -17% and -9% respectively. Meanwhile, rounding out the streaming originals this week we see Paramount+’s Tulsa King back up in the rankings again in tenth place despite not seeing much of an increase nor decrease in demand. The Sylvester Stallone starring Sheridan-verse series which has been widely well praised by both fans and critics, is likely to see a jump in demand from next week when its penultimate episode airs on January 08. It remains to be seen how the show will fare over the next few days as it heads closer to its finale.