Why Netflix is investing heavily in foreign-language series

For Netflix, international programming that finds a fan base in the United States and globally is key.

It helps reach new audiences who might not have been interested in Netflix otherwise, as well as helps the streamer’s data, content and strategy teams determine what shows have the highest travelability (a show’s demand in international markets) and where there’s room for additional investment, and helps to establish a global streaming service in the truest sense of the word. But what really works for Netflix in the U.S.?

Two of the top three international shows on Netflix are South Korean. 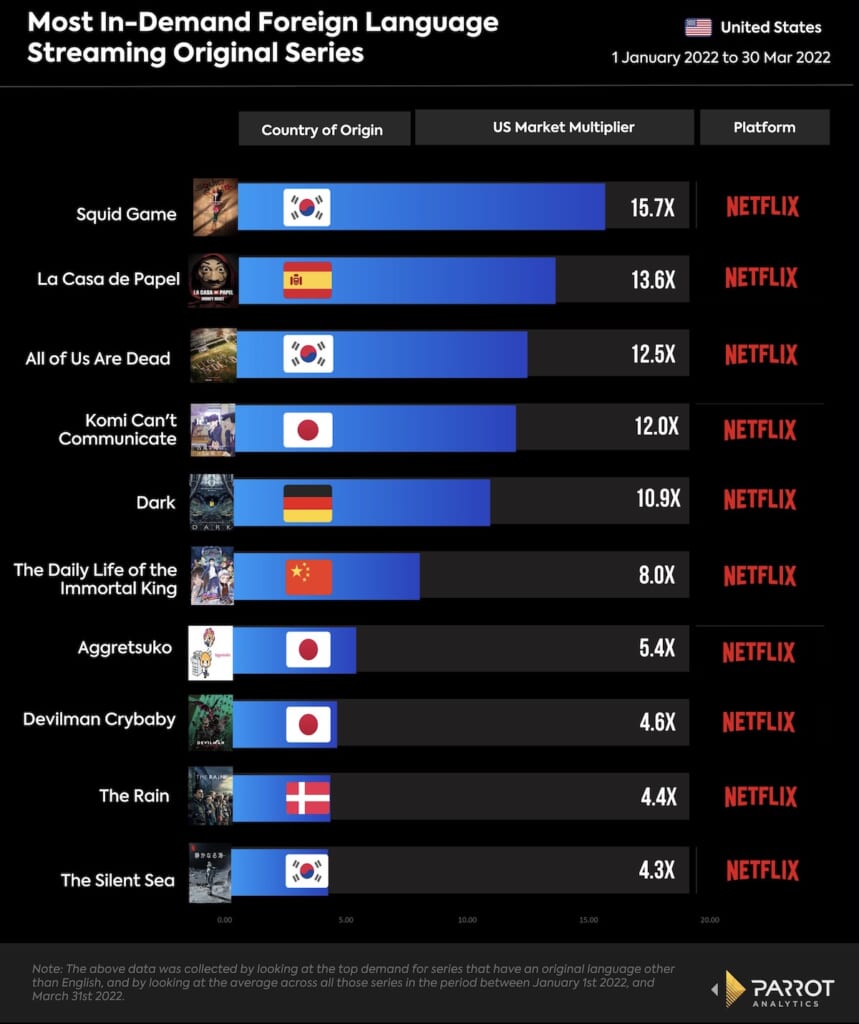 Following the unprecedented success of last fall’s megahit Squid Game on the platform, audiences who may not have been interested in South Korean content found a new world of entertainment to explore.

We can see that success following through to All of Us Are Dead, a South Korean zombie show based on a WebToon comic of the same name. The show saw 12.5 times the average demand of all series in first-quarter this year. Its peak demand in the U.S., however, was 28.4 times the average demand of all other series. That puts it closer to the exceptional category, which only 0.2% of series reach.

The Silent Sea, a South Korean sci-fi series that follows a lunar mission to collect samples, also made it onto the top 10 chart with 4.3 times the average demand of all series in the U.S.

Out of Japan, anime continues to be central to U.S. subscribers’ demand on Netflix. Komi Can’t Communicate, Aggretsuko and Devilman Crybaby are all anime series that have found dedicated audiences globally, including in the U.S. This is a crucial data point for Netflix, which has invested increasingly in anime over the last several years.

Anime continues to build audiences globally as streaming services help to create virtually borderless entertainment. As anime become more mainstream, and as quality anime finds its way to easily accessible platforms like Netflix, it’s increasingly crucial for Netflix to find the supply to meet the demand. 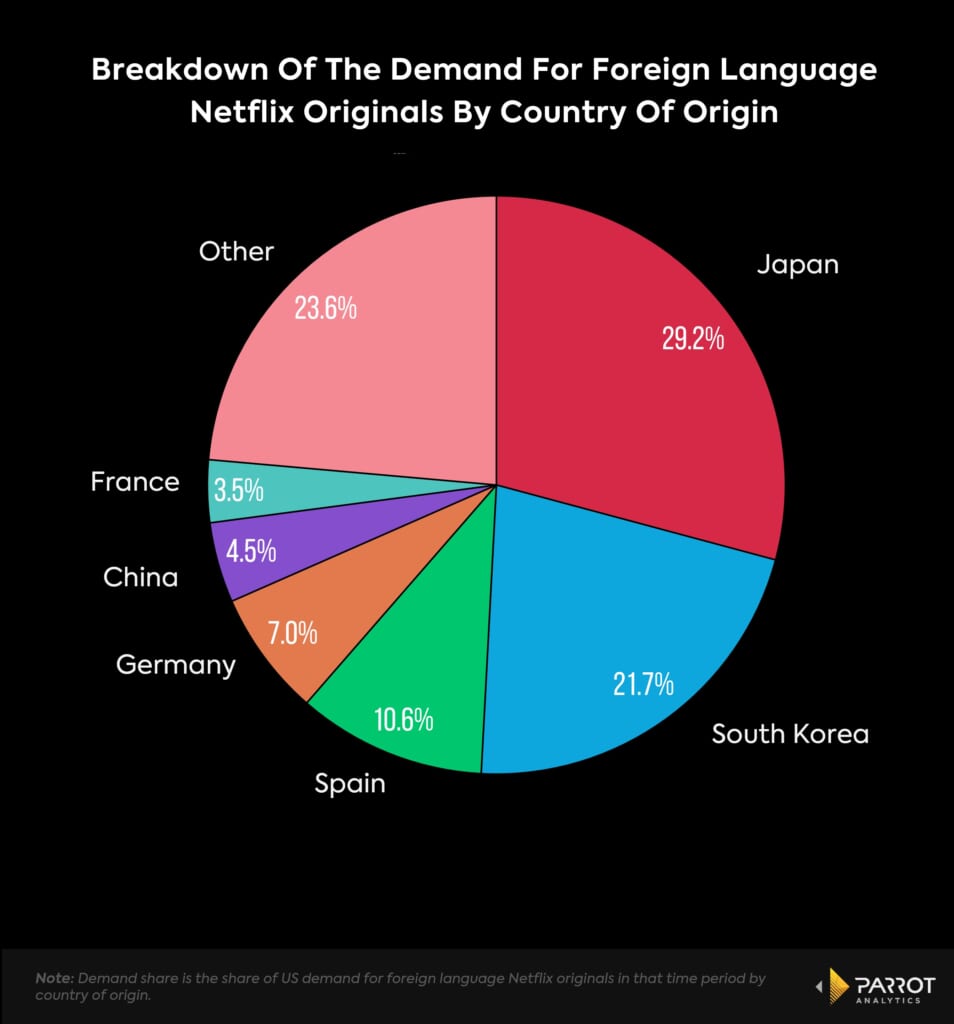 Then there are strong contenders from other countries. La Case de Papel out of Spain, Dark out of Germany, The Rain out of Norway, and The Daily Life of the Immortal King out of China are all on the top 10 chart. These are series that have also found global bases as Netflix remains the dominant streamer worldwide, but have crucially appealed to those in the U.S. looking to expand the content they’re watching.

As investment in international content continues, knowing what has the potential to be a breakout hit from a country with heavy support — or knowing what content audiences want more of that Netflix isn’t currently carrying — is crucial to making the most of those acquisitions and licensing deals.