In order to answer these questions, this whitepaper covers:

Here we look at the biggest takeaways from two of the most transformative decades in cinema that reverberated into our modern day dilemma. A few important data points emerged over those years, painting a picture of where the theatrical industry was headed when it came to feature film releases. 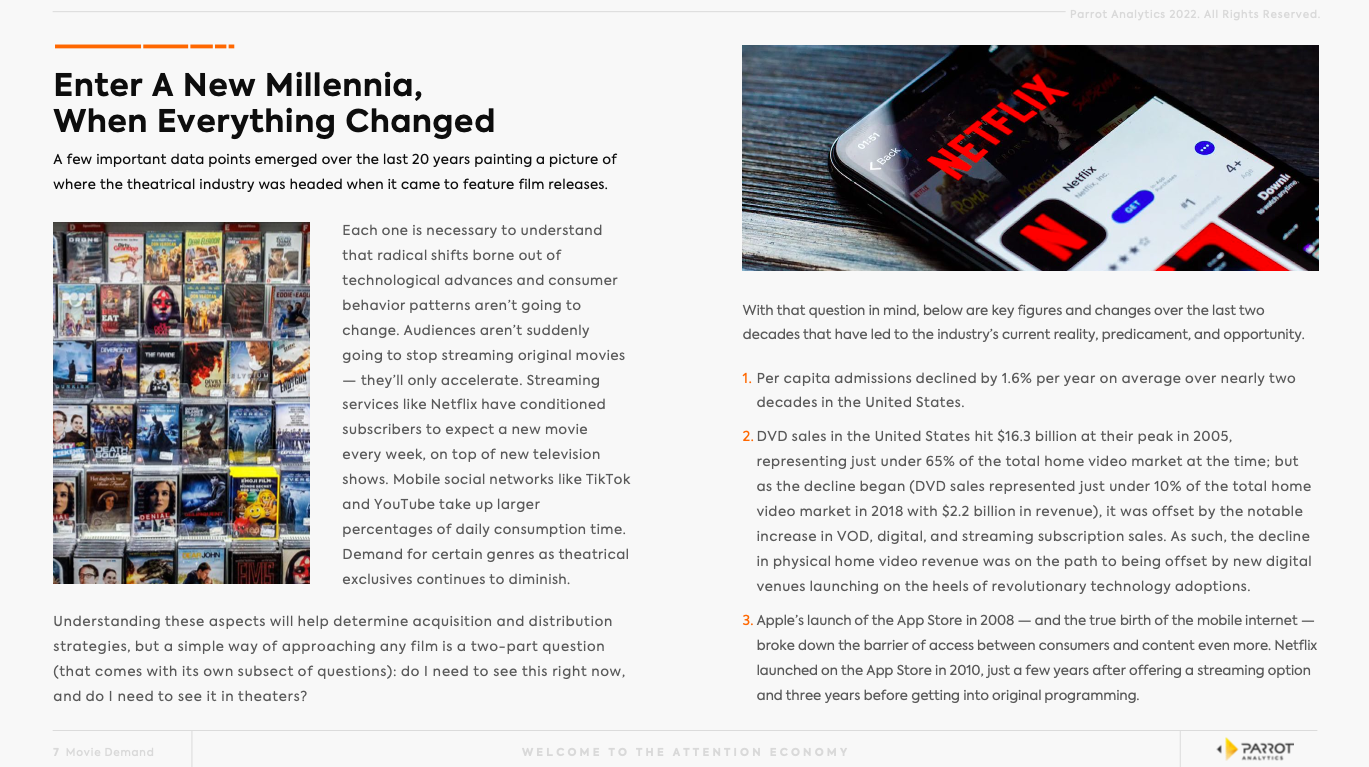 Case #1 - Sony Pictures: A Lesson in When To Go Theatrical, and When To Sell

In this case study, we analyze the factors that come into play regarding theatrical releases, and also answer some core questions such as: How major a role does Talent play in getting people to theaters? When to go theatrical, PVOD or streaming? 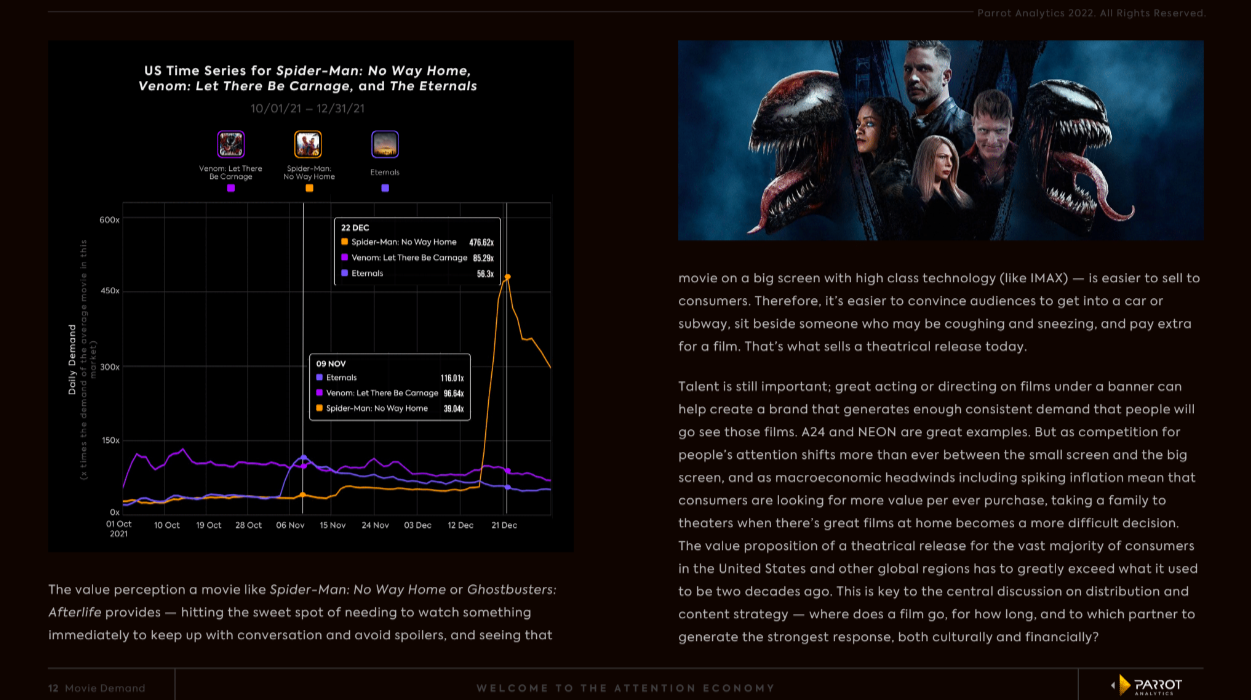 In this case study, we conduct an analysis to understand the pros and cons of the following strategies: 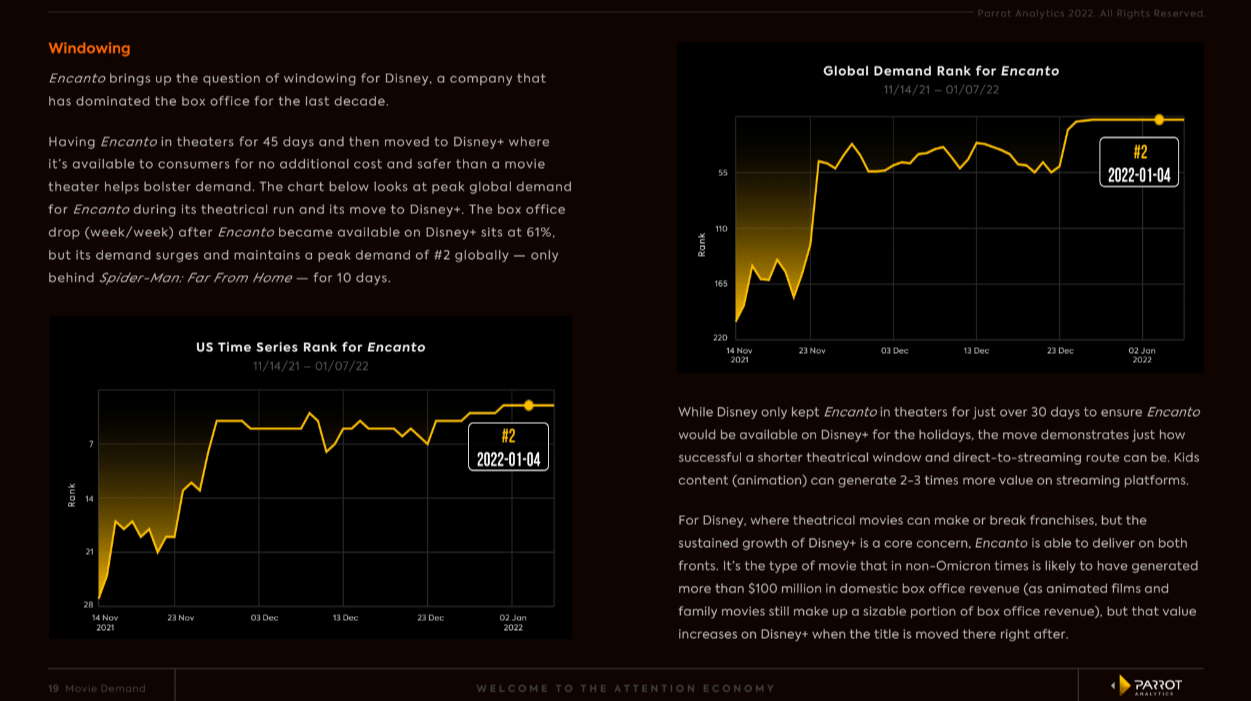 Case #3 - Cannibalization and The Matrix Resurrections

Using the case of The Matrix Resurrections, here we conduct an analysis to understand what really went wrong that one of the most beloved film IPs (the original Matrix films have grossed more than $1.5 billion at the box office) can barely crack $150M in box office revenue — unable to even recoup production budget costs? Most crucially, could it have been predicted? Lastly, knowing what we know in regards to box office trends, demand data points, and viewer consumption habits, was a theatrical release necessary? 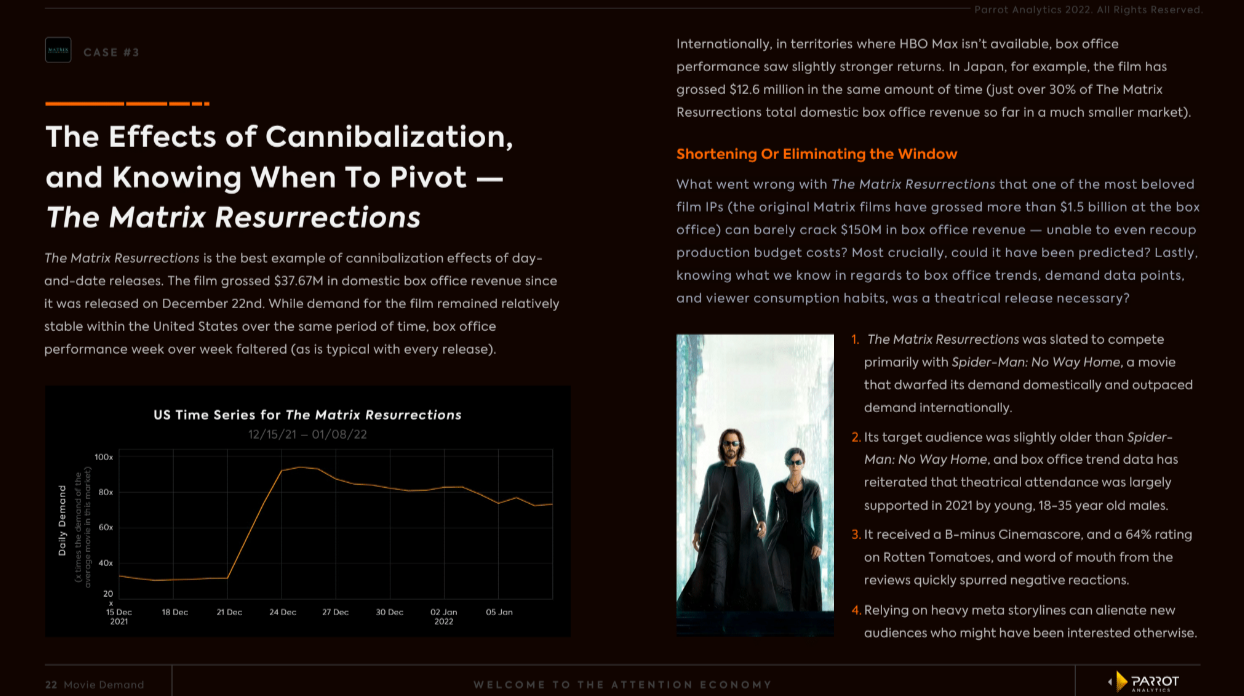 As a genre, along with low production costs, horror has proven to work well in both mediums, theatrical and streaming. However it could be limited by the overall size of the genre. Here we look the performance of this genre with analyses and case studies to help executives have a better understanding of how and where to release a movie, maximizing every dollar of investment. 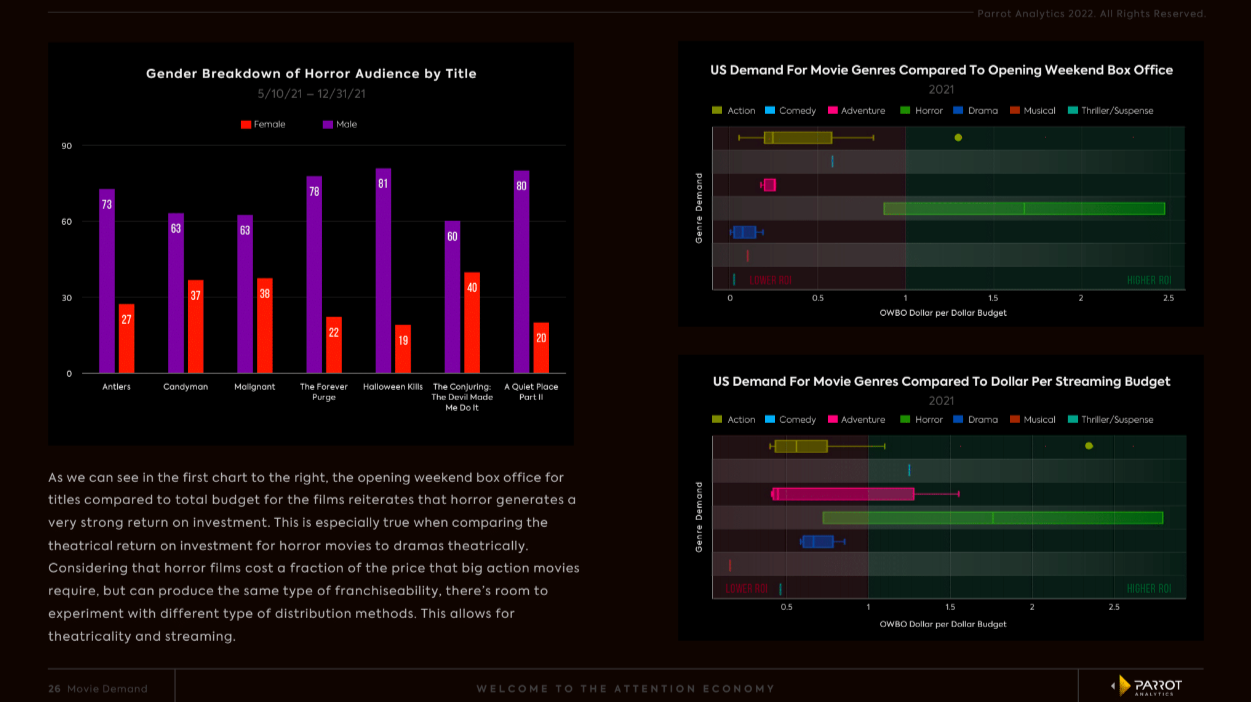 Case #5 - Netflix Ushers in a New Era for Films

In this analysis we take a look at global and U.S. audience demand for Netflix movies such as Don't Look Up to understand which release would be the most appropriate for certain movies. We also take a look at global demand for all films on Netflix to understand which titles would benefit more from a theatrical release as opposed to a streaming release. 2 key takeaways here are: 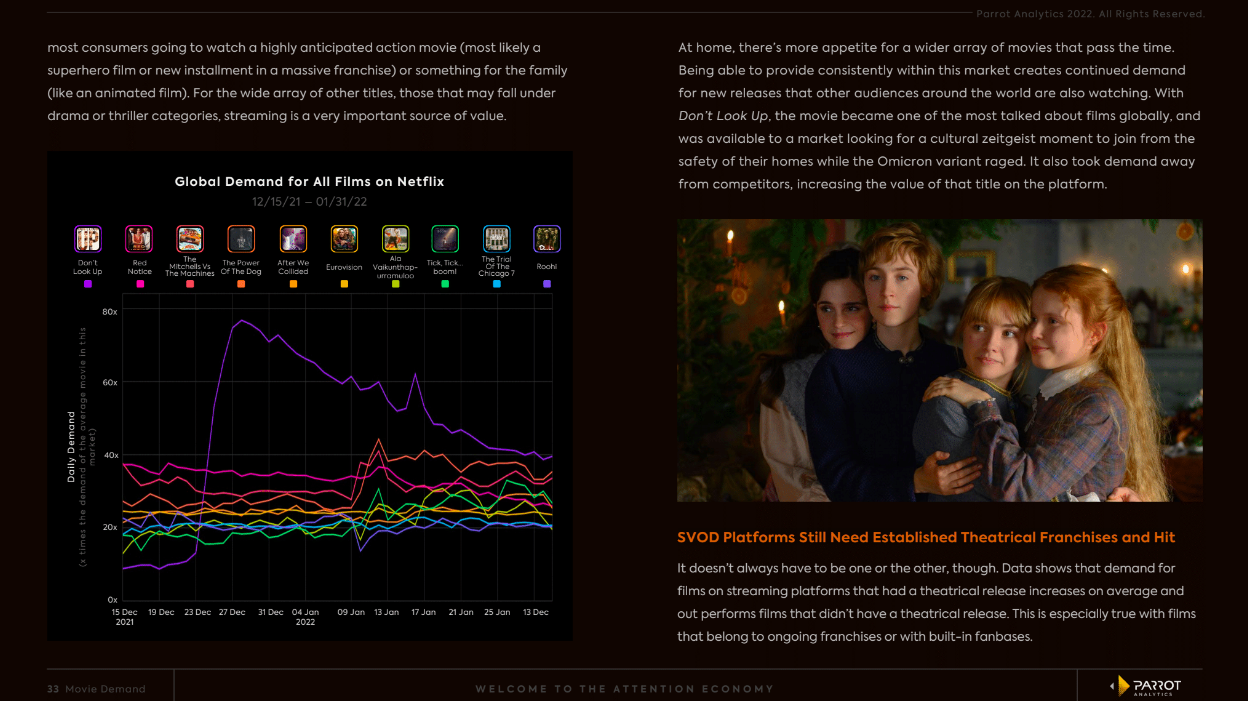 Movie Demand, now available in DEMAND360, empowers distributors to understand when the optimal time is to release a movie, what the revenue longevity of a title in each window is and how likely a movie is going to influence audiences to watch it in theaters. For marketers, Movie Demand, paired with Audience Insights, reveals the gender skew of a movie’s audience, how a movie is tracking before it is released relative to competitive titles, as well as understanding the ROI of media spend along with optimal channel allocation.

You can download the Movie Demand white paper today for free at the following location: https://insights.parrotanalytics.com/the-future-of-theatricality-how-movie-demand-can-make-better-strategic-decisions

To know more about DEMAND360 and Movie Demand, click through here: https://www.parrotanalytics.com/products/movie-demand