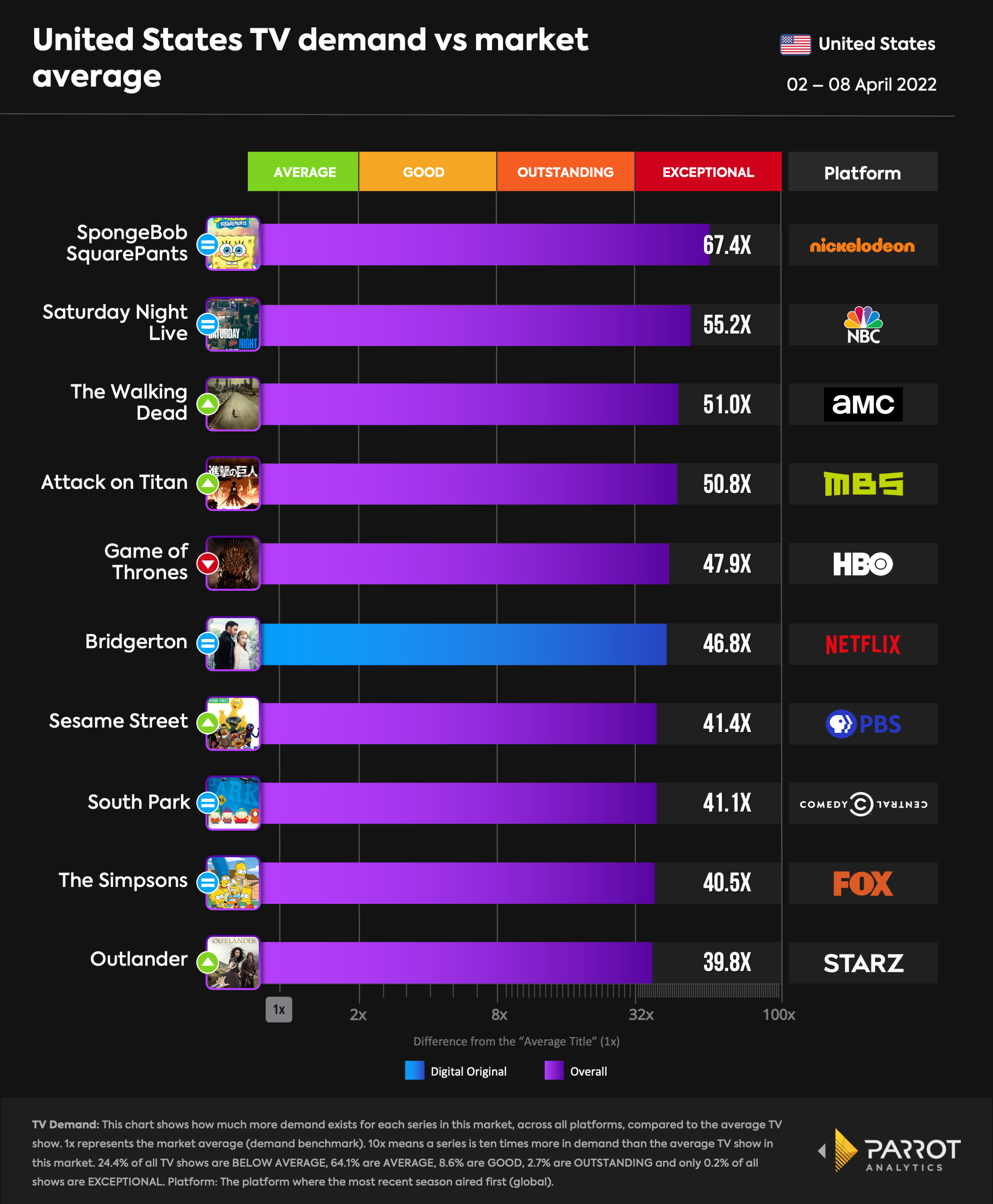 This week, 02 – 08 April, Spongebob Squarepants remained the most in-demand show overall. Saturday Night Live was second on the list with 55.2 times the average series demand in the US, an 8% increase from last week.

AMC’s The Walking Dead overtook Game of Thrones to become the third most in-demand show overall this week. The series had a further 4% increase in demand and was 51 times more in demand than the average show in the US. Not too far behind in fourth place was Attack on Titan with 50.8 times the average series demand. The anime was expected to end after the second part of the final season aired last Sunday, but it was soon announced that the series will have a third part for the finale. The third part will likely finally bring the show to a close in 2023. The announcement resulted in a 6% increase in demand for Attack on Titan this week.

Rounding up the list is STARZ’s Outlander, ranking tenth on the list this week. The series moved up 3 places and entered the rankings after a 4% increase in demand. The increase came after the news season’s sixth episode ended on a shocking cliff-hanger and news broke that fans would have to wait another two weeks for the next episode. Given the level of fan anticipation, and that there are only two more episodes left for the season finale, it is very likely that we will see the show climb up the rankings further after the finale airs. 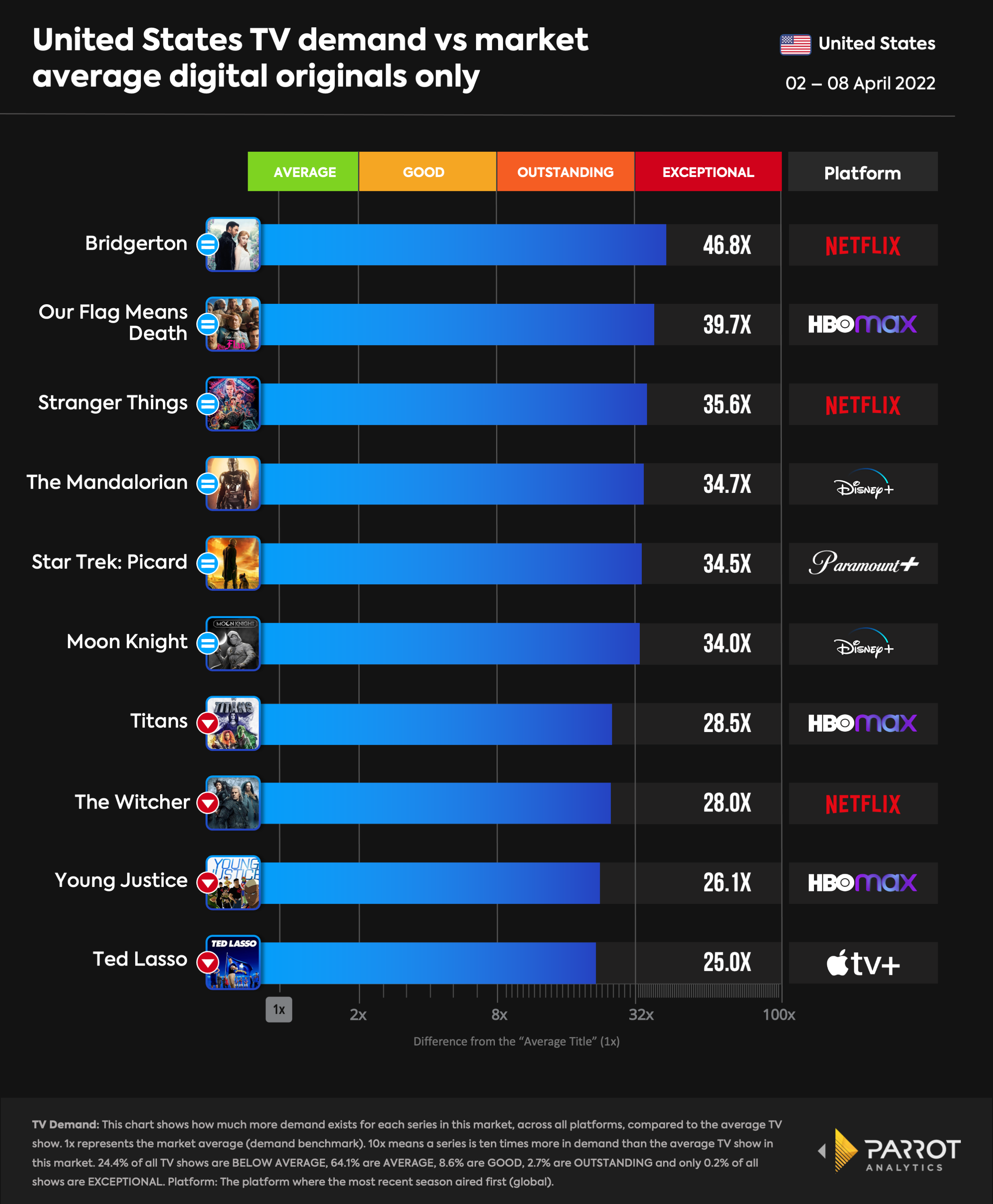 Among digital original rankings this week, Bridgerton remained the most in-demand show with 46.8 times the average series demand, followed by HBO Max’s Our Flag Means Death, with 39.7 times the average demand. Both shows ended in the last week of March, but still managed to command impressive audience attention in the second week after their respective finales. While we know that Bridgerton will be back on screens soon, there have been rumours swirling that OFMD will also have another season, given the massive following it has managed to gain in such a short time despite not being based on an existing IP.

Paramount+’s Star Trek: Picard maintained its position in fifth place on the rankings this week and had a 7% increase in demand, making it 34.5 times more in demand than the average series in the US. The increase in demand is because of the second season, which is currently following a weekly release schedule. The final episode of the season will air on April 21, and it is likely we will see a big surge in demand for the series around that time as more fans tune in to binge-watch the whole season in the following days.

Disney’s latest Marvel series, Moon Knight made its entry into the top 10 charts this week with 34 times the average series demand, a 65% increase from last week. The show became the sixth most in demand digital original in the US, an impressive feat considering that it has only aired two episodes so far, the latest being on April 06. Another new entrant into the charts this week was HBO Max’s Young Justice in ninth place with 26.1 times the average series demand, a 29% increase. The increase came after episode 17 (season four) aired on April 07. Episode 18 of the series is set to air on December 31 this year; a rather large gap for fans between episodes- which could explain the big jump in demand this week.