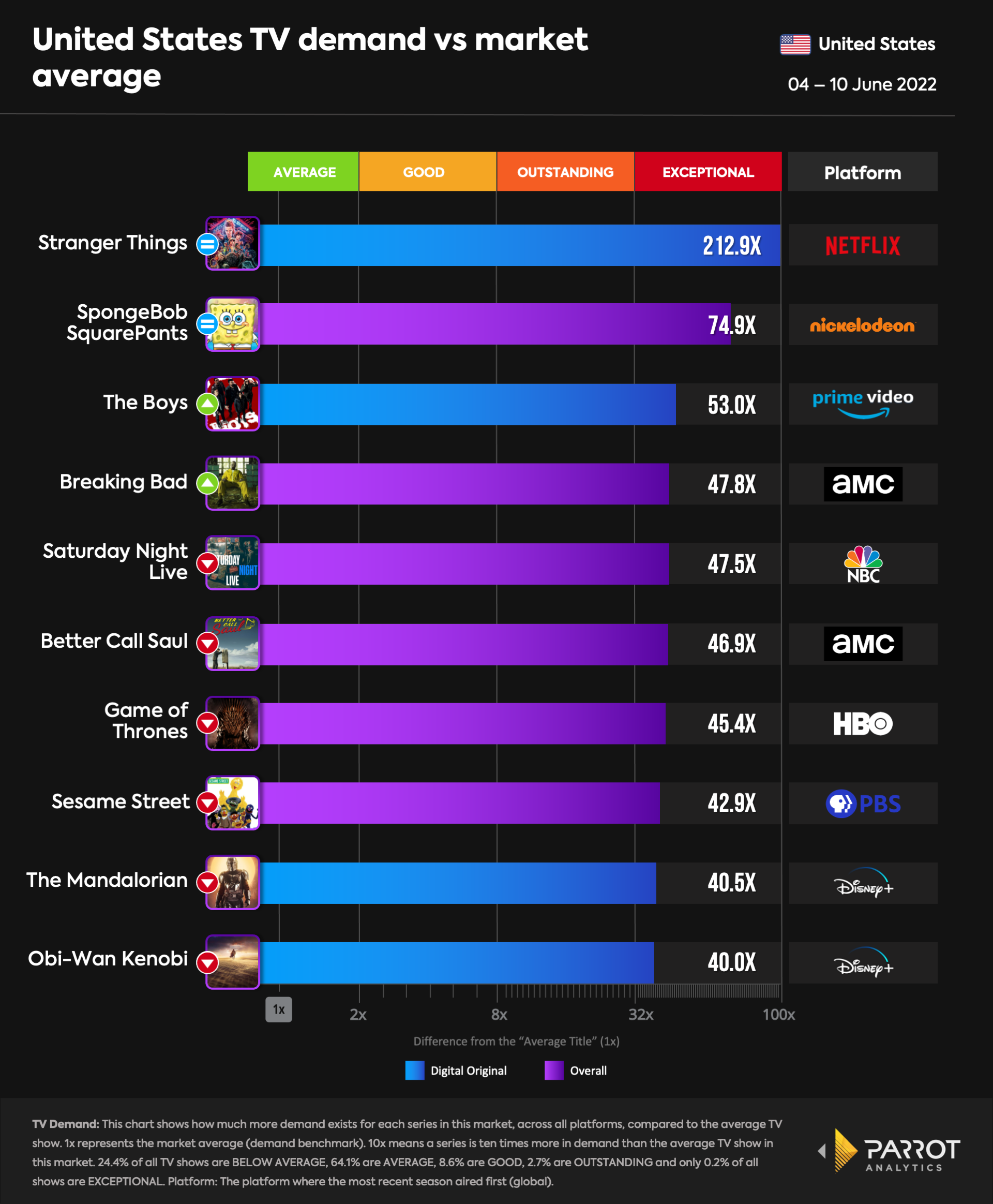 For the week of June 04 - 10, Stranger Things’ domination of the streaming market continued, with the sci-fi series staying at the top of the chart both in the U.S. and worldwide. The show was 212.9 times more in demand than the average series in the U.S, almost the same as last week.

Second on the overall chart was Spongebob Squarepants with 74.9 times the average series demand for the week, a 5% increase from last week. As viewers awaited the next episode of Better Call Saul (which aired on June 11) demand for the series decreased by 12%, while its predecessor Breaking Bad saw a 10% increase in demand which led to the latter climbing up the ranks to fourth place this week. Better Call Saul on the other hand, dropped to sixth place in the rankings, and had 46.9 times the average series demand in the U.S. for the week.

Saturday Night Live fell to fifth place as a result of an almost 6% decline in demand. The sketch comedy series concluded its forty-seventh season on May 23 so it is very likely that the show will continue declining in demand over the next few weeks. After enjoying an increase in demand last week, Sesame Street dropped to eighth place in the rankings as a result of a 4% decline in demand. The children’s show still commanded a robust level of audience attention this week, and was 42.9 times more in demand than the average series. 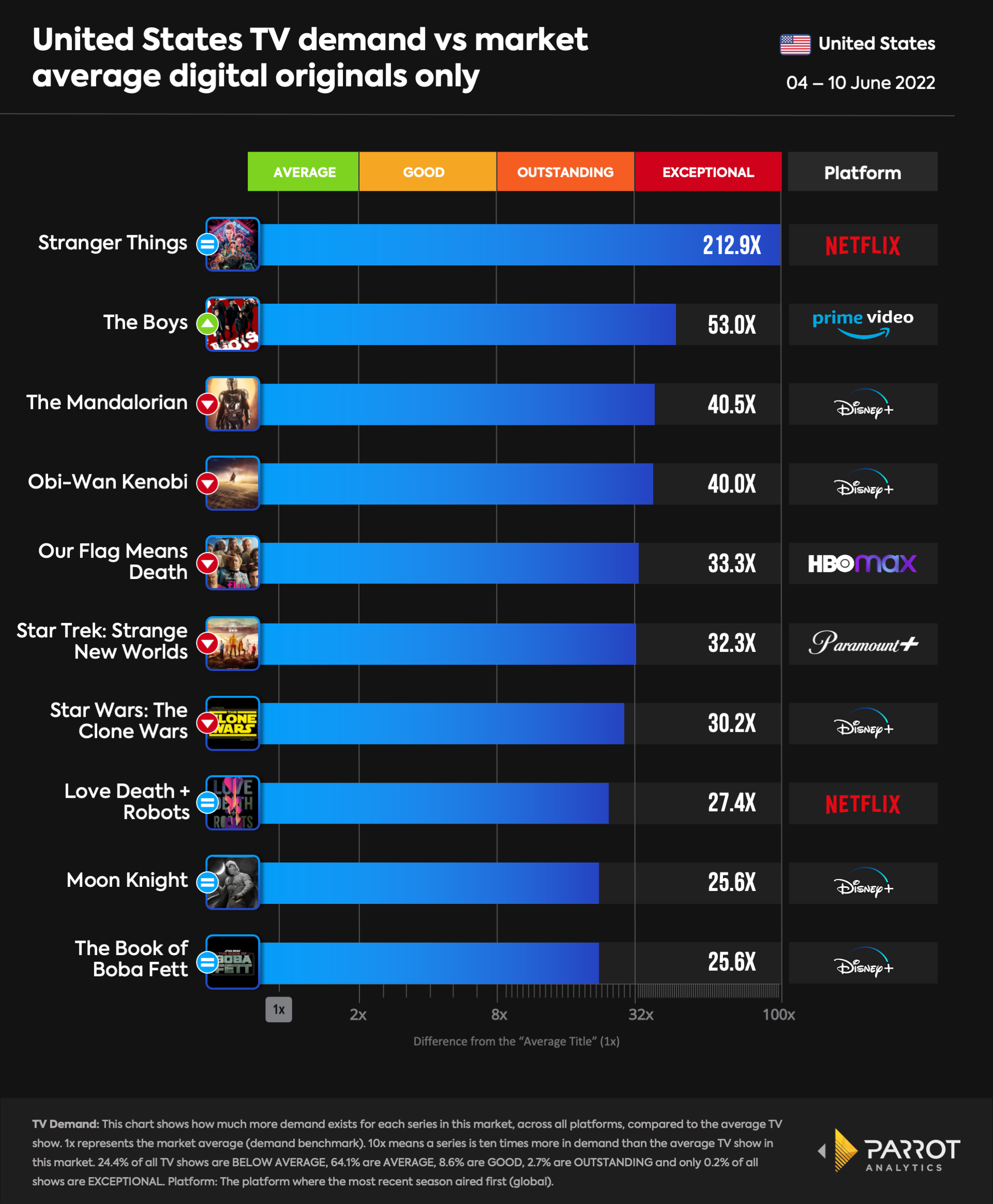 Stranger Things remained the top streaming original in the U.S. this week, followed by Amazon Prime Video’s The Boys in second place with 53 times the average series demand. Demand for the show jumped by 68% this week after the show introduced ‘Soldier Boy’, played by Jensen Ackles. The scene has since been widely talked about online and in interviews with the actor and The Boys showrunner, Eric Kripke.

Disney+’s Obi-Wan Kenobi slid to fourth place this week, despite a 2% increase in demand which made the show 40 times more in demand than the average series in the U.S. With the exception of Stranger Things, The Boys, and Obi-Wan, all the other shows in the rankings saw their demand fall this week. While these fluctuations come with the territory in the streaming industry, one show that stands out is HBO Max’s Our Flag Means Death – despite ending over two months ago, and with the slew of new releases over the last couple of weeks, the show has maintained a consistent level of demand. This week too, Our Flag Means Death had an almost negligible (0.8%) drop in demand and placed fifth in the rankings with 33.3 times the average series demand.

Rounding up the streaming originals rankings this week, we see Moon Knight in ninth place with 25.6 times the average series demand. It was followed by The Book of Boba Fett in tenth place with the same level of demand. Both shows also had almost exactly the same decline in demand, Moon Knight dropped by 8.23%, while demand for TBOBF fell by 8.25%.