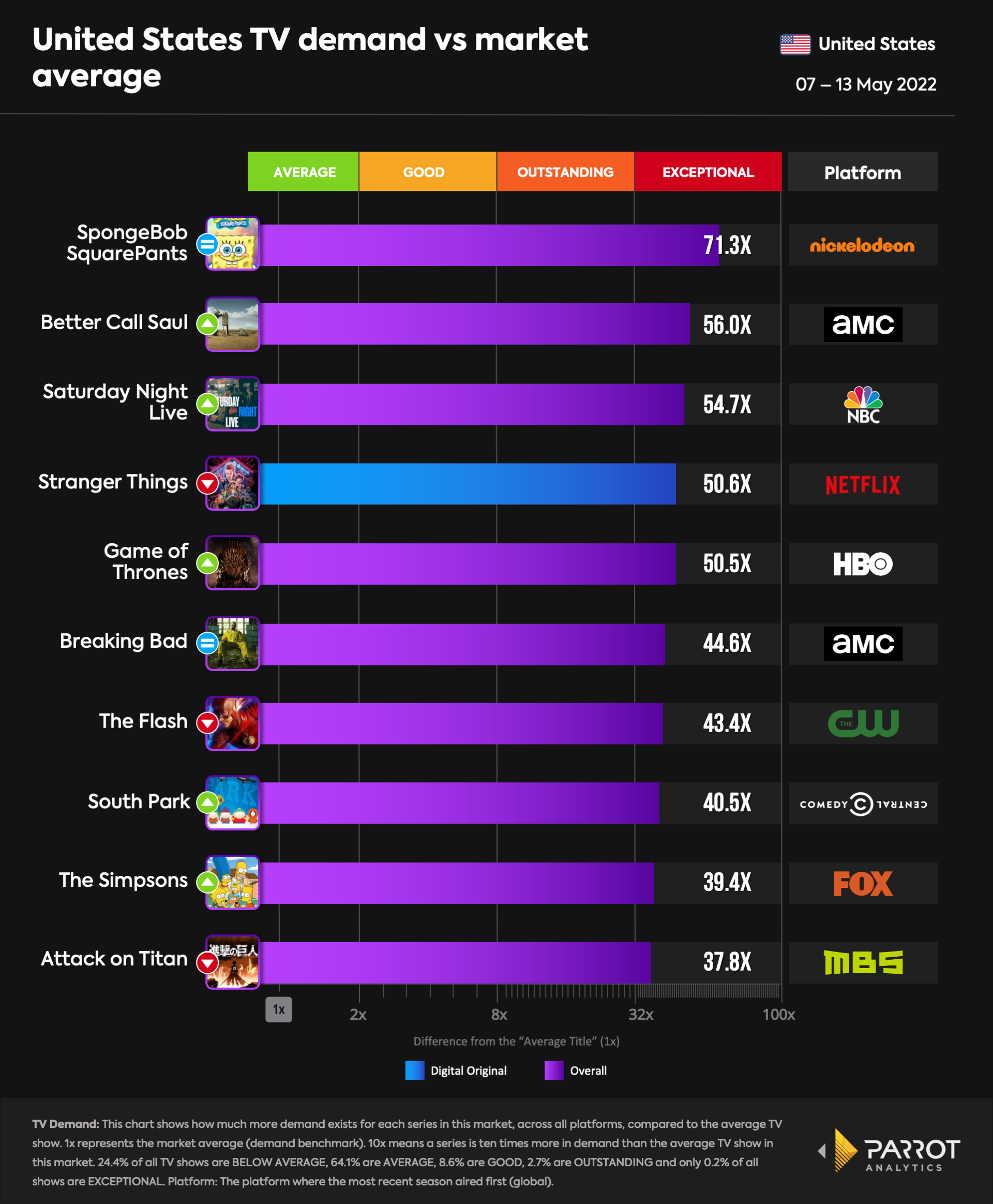 For the week of May 07 - 13, Spongebob Squarepants remained the most in-demand show overall with 71.3 times more in demand than the average series in the US, a 3% decline from last week.

Better Call Saul had another 10% increase in demand as it heads into its season finale, which is set to air on May 23. The latest season has been critically acclaimed and has seen quite a lot of audience attention since it premiered. The series took over the second position in the overall shows rankings this week with 56 times the average series demand. After a 12% increase in demand this week, Saturday Night Live rose up to third place with 54.7 times the average series demand. The increase was observed after Benedict Cumberbatch hosted the show on May 07 while promoting the new Marvel movie.

Game of Thrones also had a further 12% increase in demand, an upward trend which began right after HBO Max recently released the official trailer for the upcoming prequel series, House of the Dragon. As a result, Game of Thrones climbed up the rankings to fifth place, with 50.5 times the average series demand in the U.S. this week. A 16% increase in demand was observed for South Park after Paramount announced the release date for a third special movie titled ‘The Streaming Wars’, which is expected to air on June 01. A teaser for the upcoming special was also released, renewing fan interest in the series, making it 40.5 times more in demand than the average series in the U.S. 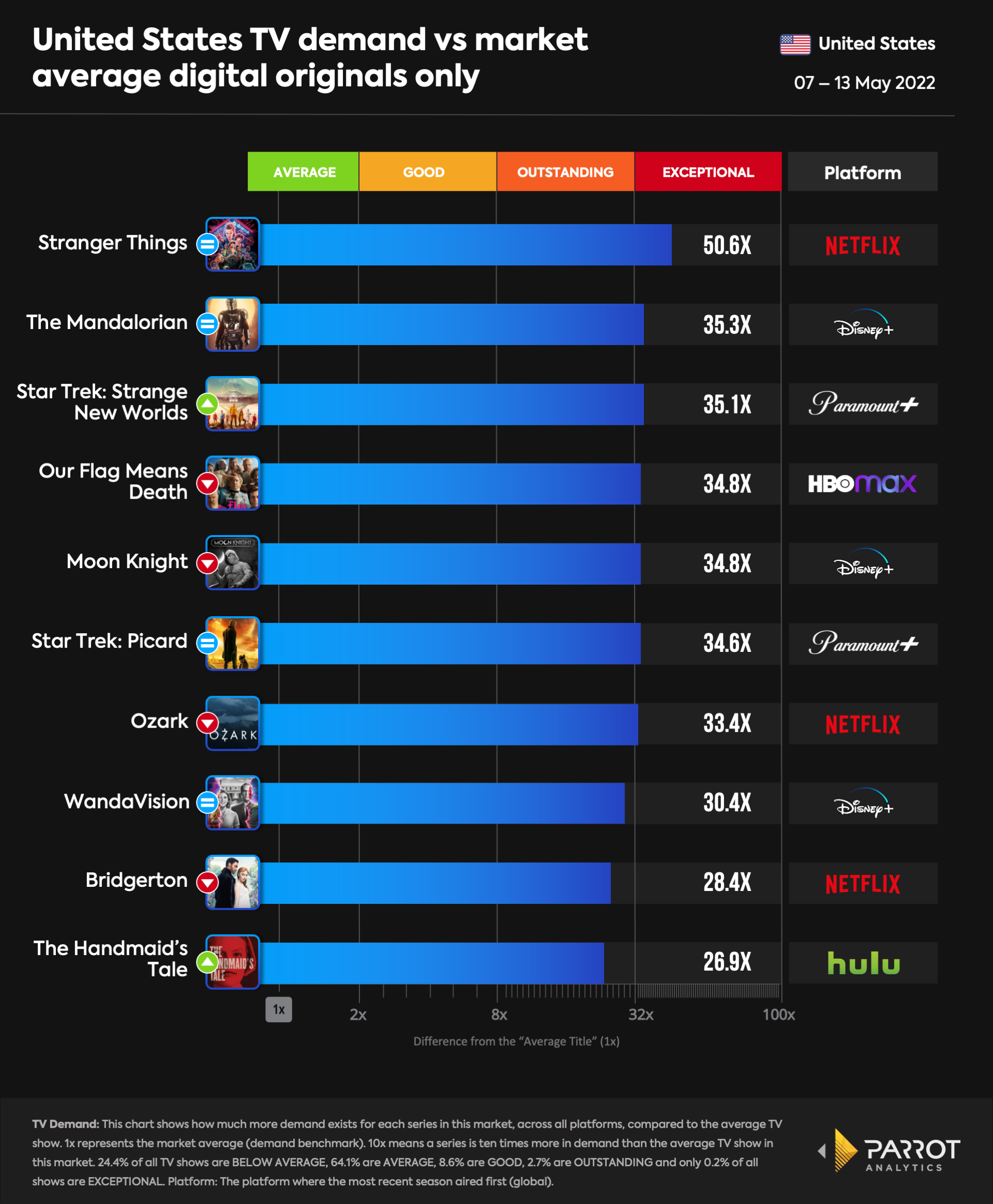 A show that stood out this week was Star Trek: Strange New Worlds which made its entry into the rankings with a 92% increase in demand, just a few days after its premiere on May 05. The series is set to follow a weekly release schedule on Paramount+ until its conclusion on July 07, so we expect to continue seeing it at the top of the rankings and possibly taking over second place from The Mandalorian over the next few weeks. As of this week, the show had 35.1 times the average series demand in the United States.

As mentioned last week, following the release of Doctor Strange in the Multiverse of Madness demand for WandaVision saw a surge which continued this week with a further 9% increase. The flagship Disney+ Marvel show retained its position in eighth place with 30.4 times the average series demand. Rounding up the list is Hulu’s The Handmaid’s Tale in tenth place. The show had a 19% increase in demand after the leaked Supreme Court draft which could possibly overturn Roe v. Wade led to many drawing comparisons between this decision and the lack of women’s rights in The Handmaid’s Tale. Demand for the show has seen quite a few spikes in demand as the case has raged on in the United States, and after the draft was leaked, Margaret Atwood (the author of the book) and Elisabeth Moss have spoken out against this, hoping to avoid seeing Gilead become real-life.