Image: For All Mankind, Apple TV+ 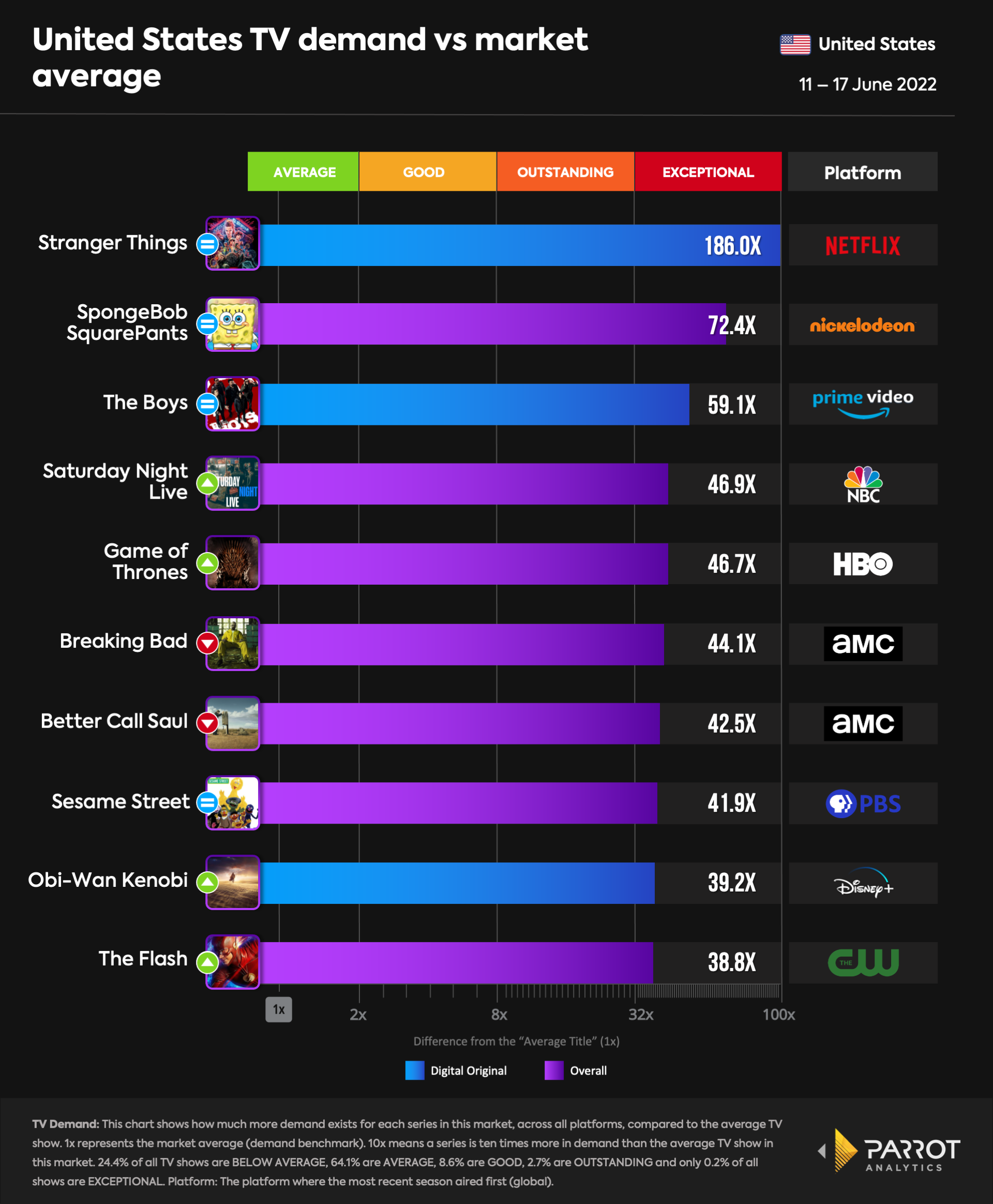 For the week of June 11 - 17, Stranger Things  remained at the top of the streaming charts for a third week in a row. Despite having a 12% decline in demand since its latest season released on May 27, the sci-fi show still dominated audience attention in the U.S. and had 186 times more demand than the average series this week.

Spongebob Squarepants remained in second place with 72.4 times the average series demand. NBC’s sketch comedy series Saturday Night Live moved up to fourth place and had almost the same level of demand as last week, with a minor decline. HBO’s Game of Thrones had a 2% increase in demand after the announcement of a spin-off series which is to be centered around Jon Snow, a much beloved character in the fandom. Shortly after the announcement, GOT moved up the ranks to fifth place with 46.7 times the average series demand.

Rounding up the overall shows rankings we see The Flash make its way up to tenth place with 38.8 times the average series demand, an 18% increase which came after the seventeenth episode of the current season aired on June 15. The surge is not unexpected or surprising; it comes as the show hurtles towards its conclusion with the penultimate episode set to air this Wednesday, on June 22. The upward tick in demand is usually expected when shows that follow a weekly release schedule reach their finales, as fans begin catching up to the story and watching, or re-watching episodes towards the end. 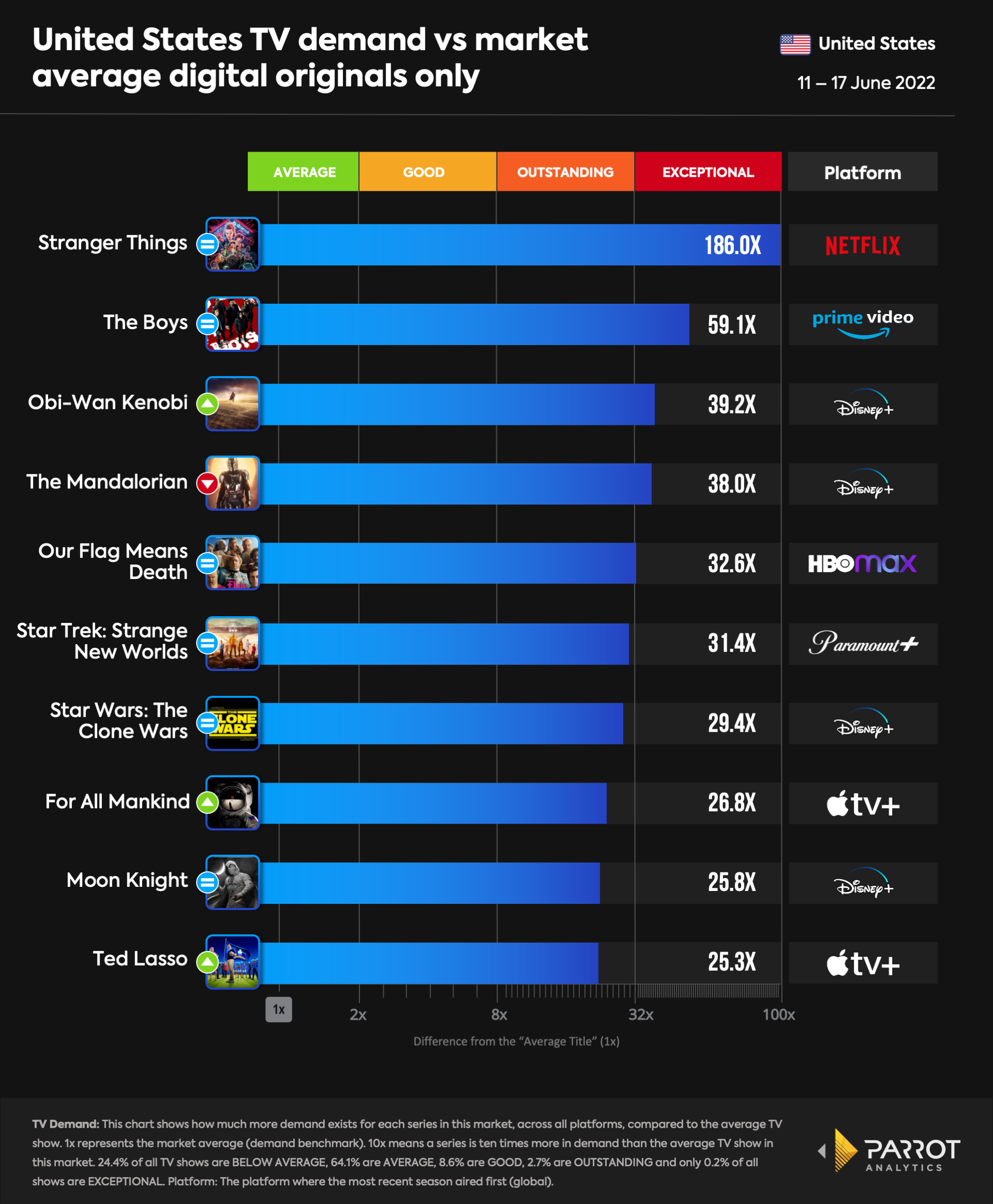 Amazon Prime Video’s The Boys maintained its position in second place with 53 times the average series demand. The superhero show saw a further 11% increase in demand this week, a trend that started last week after Jensen Ackles joined the series as ‘Soldier Boy’. The show maintained a strong lead over the other series below it on the chart and had 59.1 times the average series demand in the U.S. this week.

Obi-Wan Kenobi was third in the rankings and had 39.2 times the average series demand. It was followed by The Mandalorian in fourth place, and HBO Max’s Our Flag Means Death in fifth place. All these shows saw a slight decline in demand this week, with demand for The Mandalorian falling by 6% as audience attention begins to turn to newer releases.

Rounding up the streaming originals rankings this week, we see two Apple TV+ shows make their way back to the rankings. Sci-fi series For All Mankind had a 23% increase in demand and took up eighth place after its third season premiered on June 10. The show is set to follow a weekly episodic release schedule, so it is highly likely that For All Mankind will remain in the rankings over the next few weeks. Fan-favorite Ted Lasso took over tenth place with 25.3 times the average series demand, a 3% increase. The slight jump in demand came shortly after Emmy winning star and writer Brett Goldstein announced that the third season (which is currently being filmed) has been written as the final season for the show.