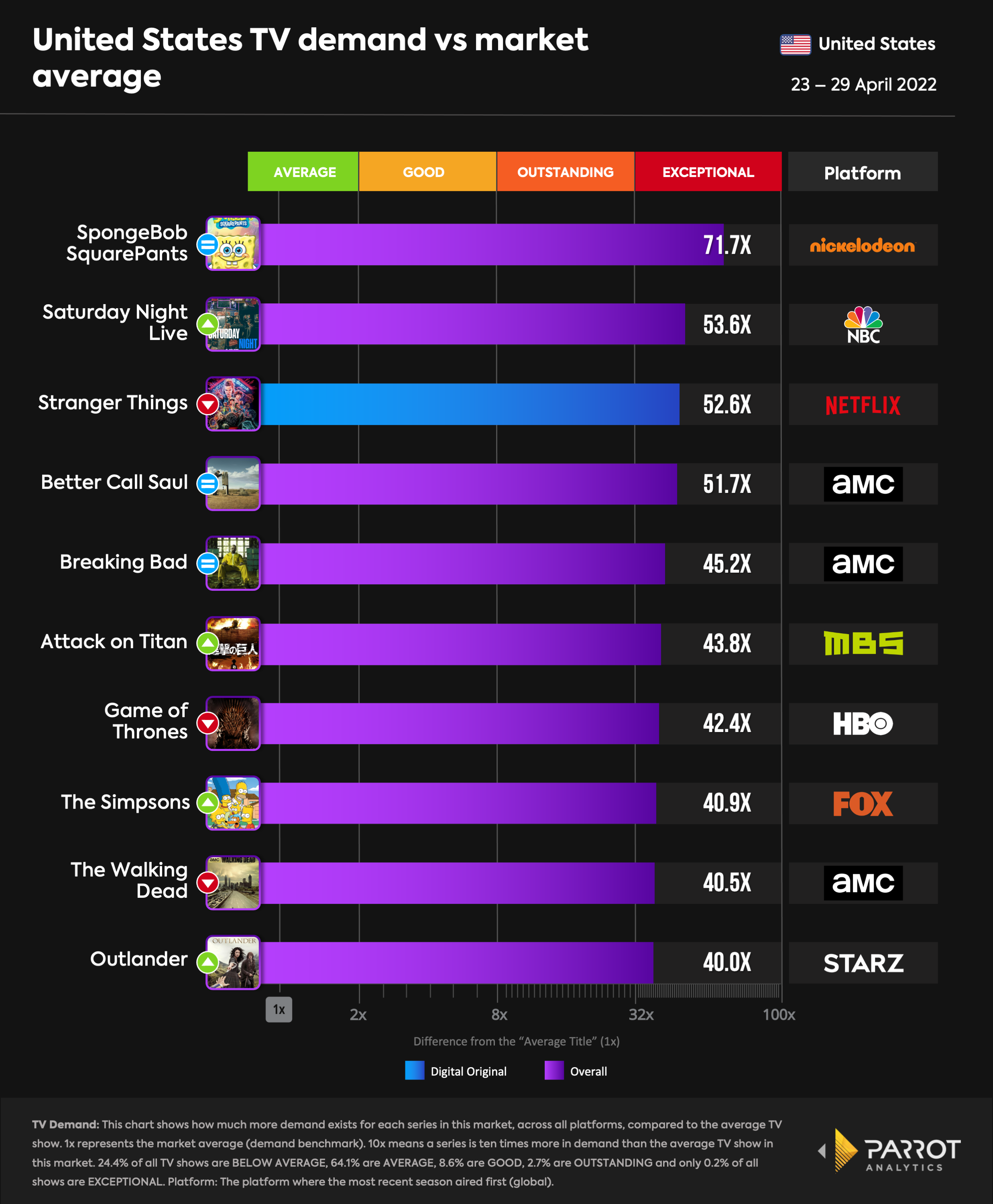 For the week of April 23 - 29, Spongebob Squarepants remained the most in-demand show overall after demand for the series went up by 10%, making it 71.7 times more in demand than the average series in the US. The increase in demand was observed a week after the 18th episode of the show’s spin-off series, The Patrick Star Show aired on April 14. The episode in question marked a Spongebob main character’s debut in the spin-off, which could explain the jump in demand for the original series. 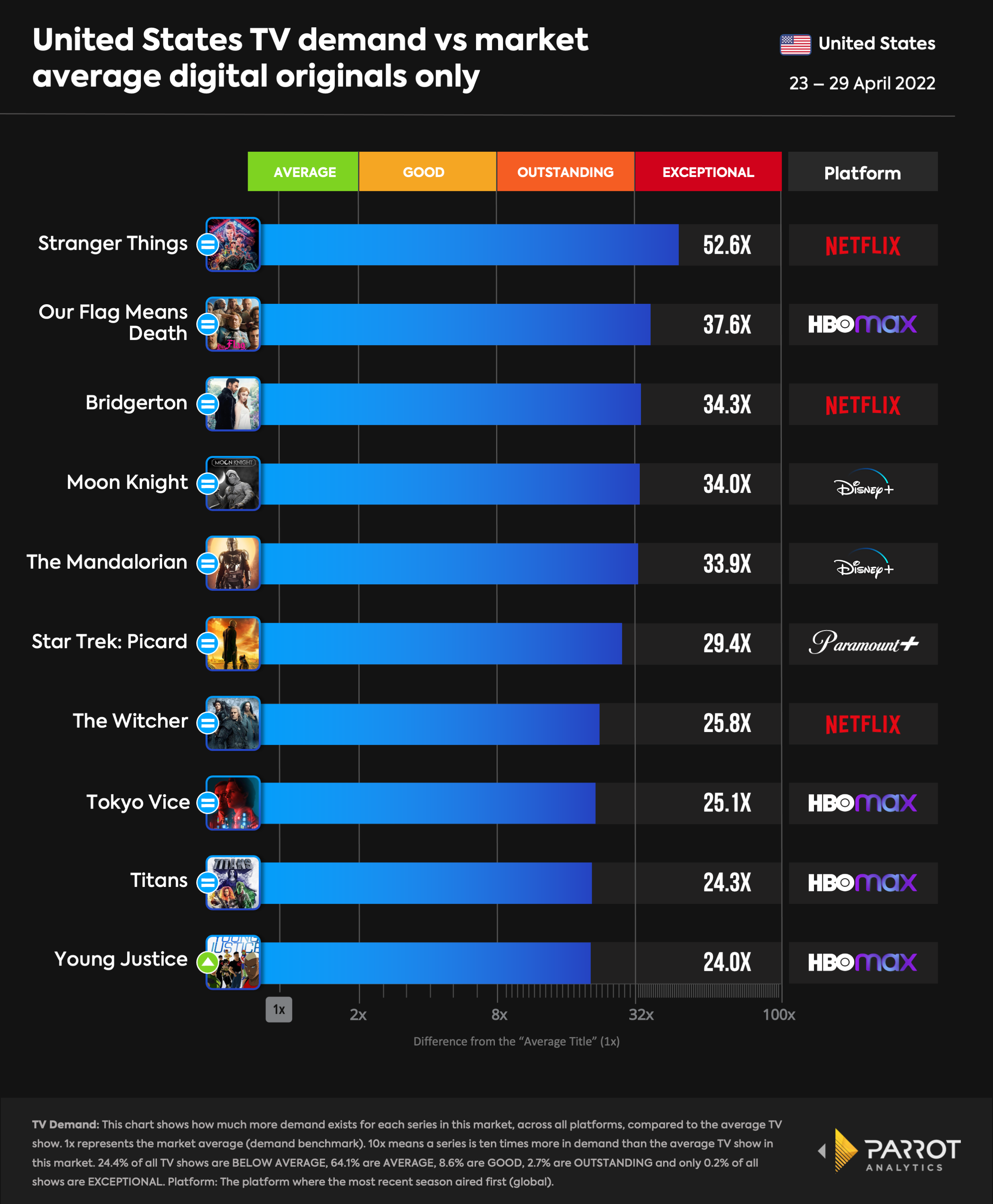 Stranger Things remained the most in-demand digital original for the third week in a row despite seeing over a 6% decline in demand. It continues to maintain a big lead over the second most in-demand show on the list - Our Flag Means Death, which had 37.6 times the average series demand in the US this week. The HBO Max series has become a massive hit for the streamer, and continues to remain at the top of the rankings as fans await news of their new favourite show’s second season announcement.

HBO Max’s next series in the rankings is Tokyo Vice, which retained its position on the charts and was the only digital original series in the rankings to experience a small but noticeable increase in demand this week. The series has performed impressively in the first three weeks since its release, its hybrid release strategy seems to be working to keep audiences engaged. The show had 25.1 times the average series demand this week, which will likely increase as audiences catch up to the finale episode that aired on April 28.